Toward an Israel-Gulf alliance: A 'non-aggression' pact 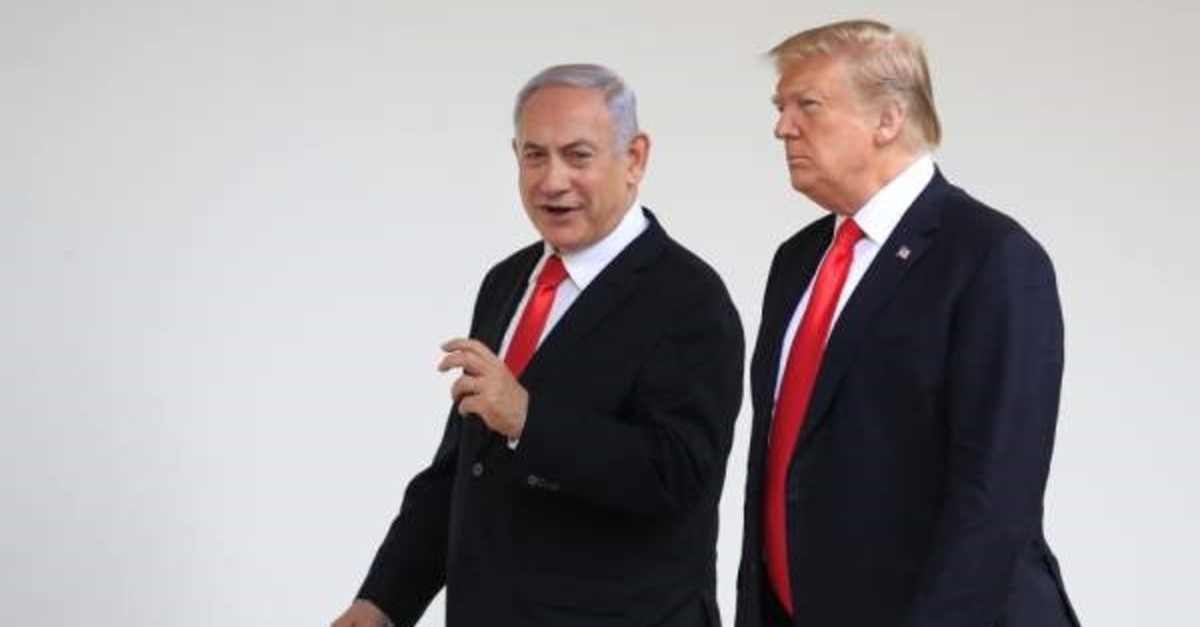 Israeli Foreign Minister Israel Katz met several Arab foreign ministers from the Gulf countries prior to the U.N. General Assembly last month. The Israeli media claimed that the ministers decided to negotiate a "non-aggression pact" against the increasing threats posed by Iran. While at the beginning this was just a claim circulating in the media, the minister made a statement last week on Twitter, saying that the aim was to ultimately forge future peace agreements with the Arabs.

“Recently, I have been promoting, under the backing of the United States, a political initiative to sign 'non-aggression agreements' with the Arab Gulf states,” Katz wrote on Twitter last week. “The historic move will put an end to the conflict and allow civilian cooperation until peace agreements are signed,” he added.

Israel and the Saudi Arabia-led Gulf countries believe that Iran is the biggest national security threat to themselves. In the last few years, there were signs that the policies toward each other were changing reciprocally. The Arab countries, except Egypt and Jordan, do not recognize Israel’s occupation of Palestinian lands. However, the so-called Arab Spring has apparently changed the priorities of these countries.

When looking at recent developments the change can be observed clearly. For instance, Israel remained silent over the murder of Jamal Kashoggi at the Saudi Consulate in Istanbul last year. The international outrage has been increasing as several European countries have decided to revise their relations with Saudi Arabia while Germany made a call to suspend arms sales. Despite the fact that the crown prince of Saudi Arabia and U.S. President Donald Trump have good relations, even the U.S. decided to revoke some Saudi officials' visas. Yet, Israel remains insistently silent on an official level while many articles in Israeli media demonize Khashoggi and defend Saudi Arabia. Similarly, Saudi Arabia remained silent over the U.S.' decision to move its embassy from Tel Aviv to Jerusalem, recognizing, de facto, Jerusalem as Israel’s capital. There was harsh criticism in the international arena that this move would undermine the status quo and worsen the conflict. However, Saudi Arabia along with other Gulf countries, except Qatar, preferred remaining silent.

Last year, Israeli Prime Minister Benjamin Netanyahu launched an initiative to develop positive relations with Gulf countries, especially with Saudi Arabia, as Crown Prince Mohammed bin Salman is known for his soft stance toward Israel. Israel and Saudi Arabia agree that Iran must be stopped, and its power must be curbed at any price. Saudi Arabia believes Iran funds certain groups in Yemen as well as in Syria and Iraq, while Israel claims Iran and its proxies or supporting groups, like Hezbollah, are existential threats to its soil. It is noteworthy that Saudi Arabia considers Hamas as dangerous as Israel, since it believes the Muslim Brotherhood and its affiliates are a direct threat to it. As part of Israel's new policy, Netanyahu visited Oman last year, meeting the king, Sultan Qaboos bin Said in Muscat. Accompanied by the head of Mossad, Netanyahu's visit was considered an overture toward the Gulf. Similarly, Israel's Minister of Culture and Sport Miri Regev's visit to the United Arab Emirates (UAE) for a judo tournament this year demonstrated the country's new relations with the Gulf. Considering these developments, it was unsurprising that Bahrain opposed the Arab League’s criticism of Australia’s decision to follow the U.S. in relocating its embassy in Israel.

The latest sign of an implicit alliance between Israel and the Gulf became clear when Turkey declared the initiation of Operation Peace Spring this week in an attempt to clear Syria’s north from the PKK and its off-shoot, the People's Protection Units (YPG). Both the Gulf and Israel declared their displeasure with the claim that Turkey was harming the fight against Daesh. In fact, the common point for the two sides is that Turkey’s military operation will end the PKK’s maneuvering capability, which can be manipulated easily by any external force.