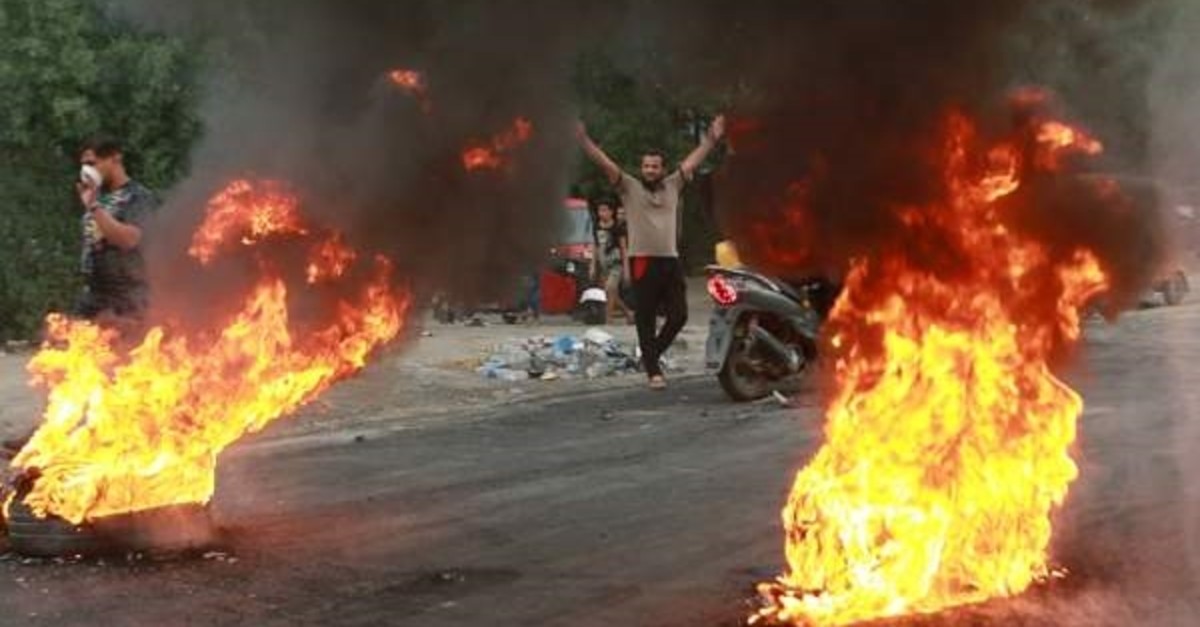 With the mass protests in Iraq continuing, the international community has remained silent on the situation. Since the beginning of this month, thousands of Iraqi people have taken to the streets to protest the government over the high rates of unemployment, corruption allegations and Iran’s growing influence in the country. Hundreds of people were killed by security forces and, according to claims in Iraqi media, by pro-Iranian militias. However, regional and international powers have kept silent over the ongoing conflict.
The protests are the largest ones since the Iraqi government was formed in 2018, barely a year ago. Fuming Iraqis demand a fundamental change in the current political system. Moreover, one of the main concerns for Iraqis is that Iran has become the de facto ruler of the country by asserting influence via sectarian policies, not only marginalizing the Sunnis but also Shiite groups, who are not pledging support to Iran directly.
Therefore, one of the country’s spiritual leaders, Grand Ayatollah Ali al-Sistani said on Friday that the government and its security forces were “responsible for the bloodshed.” He gave “two weeks” to the government to release the findings of an investigation, which was launched with the aim of probing the deaths.
One of his representatives said that the religious leader “demands that the government investigate to find out which elements gave orders to shoot protesters, whatever their affiliation,” with an implicit reference to the claims that pro-Iranian militias were on the scene.
Moreover, several videos circulating on social media showed masked men in the streets and snipers on the rooftops.
Tehran claimed the demonstrations were a “conspiracy” and have to fail. However, it is a fact that the government is facing a challenge from its own voters. Iraq, which is deeply divided in terms of sectarianism, has been ruled and dominated by Iran-backed Shiite governments.
Sunni activities and demonstrations have largely been silenced through the claim of terrorism. Yet this time, Shiite people are on the streets as well and that makes everything more difficult for the government.
While the international community keeps making statements about Turkey’s recent military operation in northern Syria in order to end the rule of the Democratic Union Party (PYD), an off-shoot of the PKK terrorist organization, there has been no major condemnation of the Iraqi government. Furthermore, the claim that Turkey’s military operation in Syria might lead to the revival of Daesh is not repeated in the Iraqi case, despite the fact that western Iraq was the terrorist group’s base.