Lebanon turns to neighbors as wildfires burn out of control 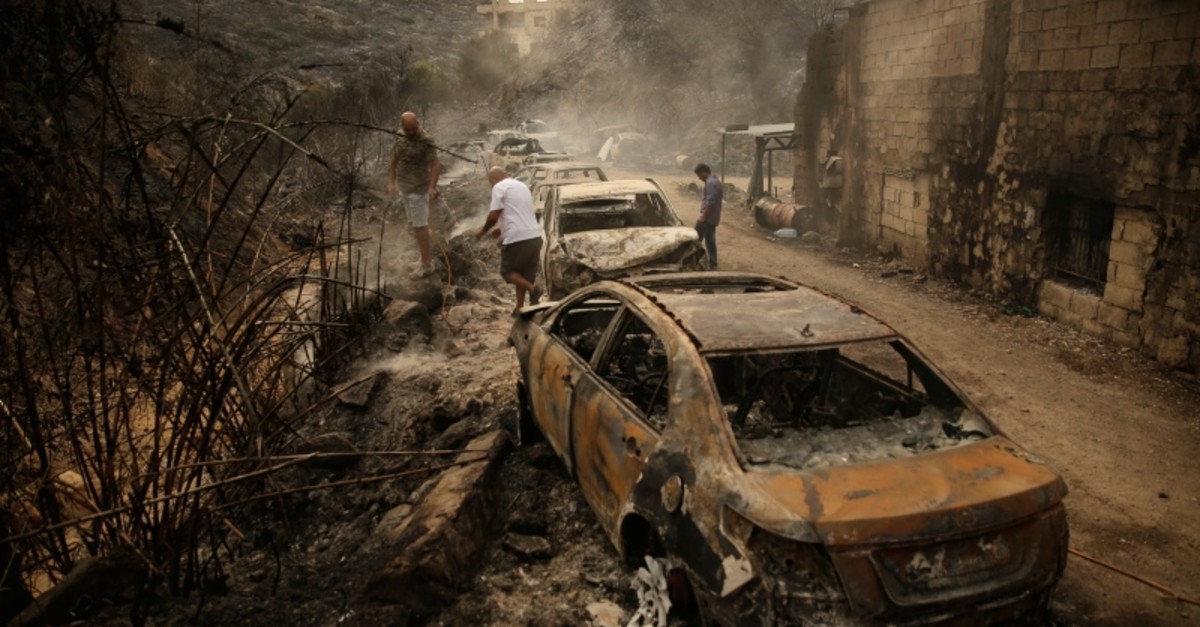 Strong fires spread in different parts of Lebanon forcing some residents to flee their homes in the middle of the night as the flames reached residential areas in villages south of Beirut.

Fire engines were overwhelmed by the flames in the Mount Lebanon region early Tuesday, forcing the Interior Ministry to send riot police engines equipped with water cannons to help.

Two small aircraft were sent from the nearby Mediterranean island of Cyprus and are helping in putting out the fires.

"We have contacted the Europeans who will send means of help," Prime Minister Saad Hariri said in comments carried by national news agency NNA.

Thick smoke has been seen drifting over the outskirts of Beirut, over the mountainous Chouf region to its southeast, and the southern city of Saida.

In the Chouf, an area known for its trees, a volunteer firefighter lost his life trying to put out the flames, his family said.

In an area south of Beirut, firefighters have for two days been unable to stop the blaze, which has burnt four homes to the ground and caused dozens to suffer from breathing difficulties, NNA said.

"Two Cypriot planes have been working to put out the fires since yesterday," she said on Twitter.

"Greece has responded to our request and will send two planes to help us," she added, while Jordan also said it was ready to help.

NNA said the army was working together with helicopters and the Cypriot planes to fight the blaze, with access sometimes impeded by thick smoke and high-voltage power lines.

U.N. peacekeeping force UNIFIL, whose members usually patrol the country's southern border with Israel, has also joined in the efforts, the agency said.