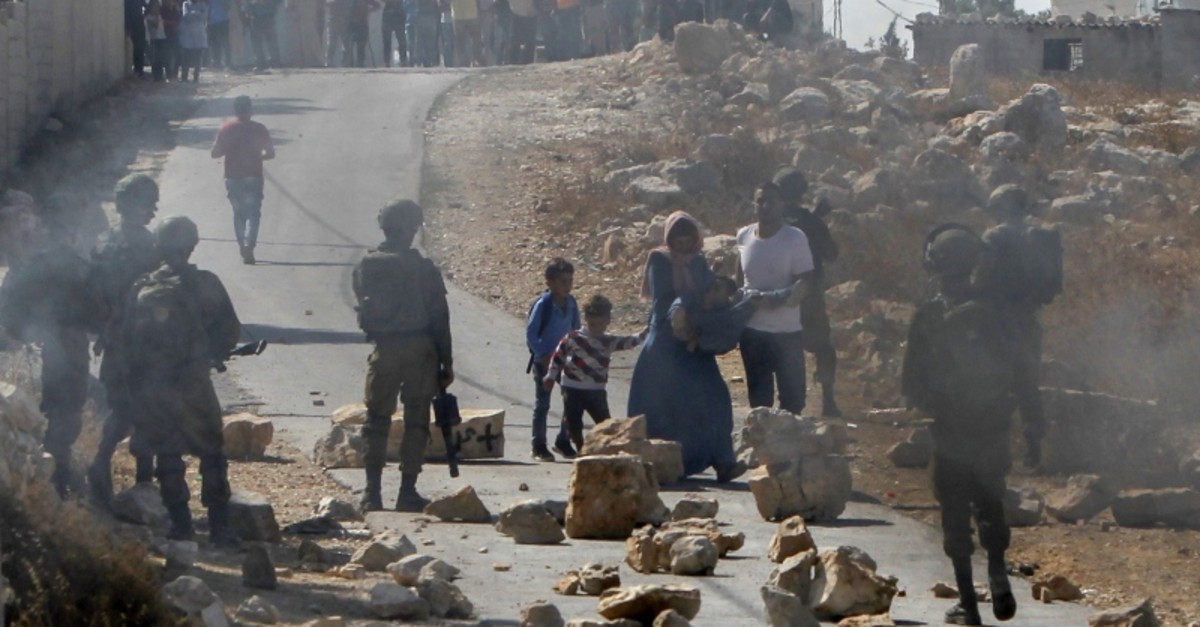 Palestinians evacuate an injured person as protesters clash with Israeli troops near Caisan, southeast of Bethlehem, where Israeli bulldozers demolished houses that were reportedly built without a license, on Oct. 10, 2019. (AFP Photo)
by Anadolu Agency Oct 17, 2019 11:07 am

Israeli forces have detained 10 Palestinians in overnight raids carried out across the occupied West Bank, according to the Israeli army.
The Israeli military said in a statement Thursday that the individuals had been arrested for "suspected involvement in popular violent activities," without elaborating about the nature of these alleged activities.
Meanwhile, dozens of Palestinians were wounded early Thursday in clashes with Israeli forces near Nablus city. Four Palestinians were injured by live ammunition while dozens more suffered from the effects of teargas, according to local medical sources.
Witnesses told an Anadolu Agency correspondent that the clashes erupted after hundreds of extremist Jewish settlers backed by Israeli troops forced their way into a religious shrine in Nablus.
According to the witnesses, dozens of Palestinian youths had gathered at the site to protest the settlers’ arrival but were soon dispersed by Israeli soldiers firing teargas and heavy ammunition.
The religious site, which Jews refer to as "Joseph's Tomb,” has long been a flashpoint for violence. Jews claim the site is the burial place of the biblical patriarch Joseph. Muslims, however, challenge this assertion, saying an Islamic cleric — Sheikh Yussef Dawiqat — was buried at the site two centuries ago.
The Israeli army carries out frequent arrest campaigns across the West Bank — including occupied East Jerusalem — on the pretext of searching for "wanted” Palestinians. According to Palestinian figures, roughly 5,700 Palestinians, including numerous women and children, are currently languishing in Israeli detention facilities.