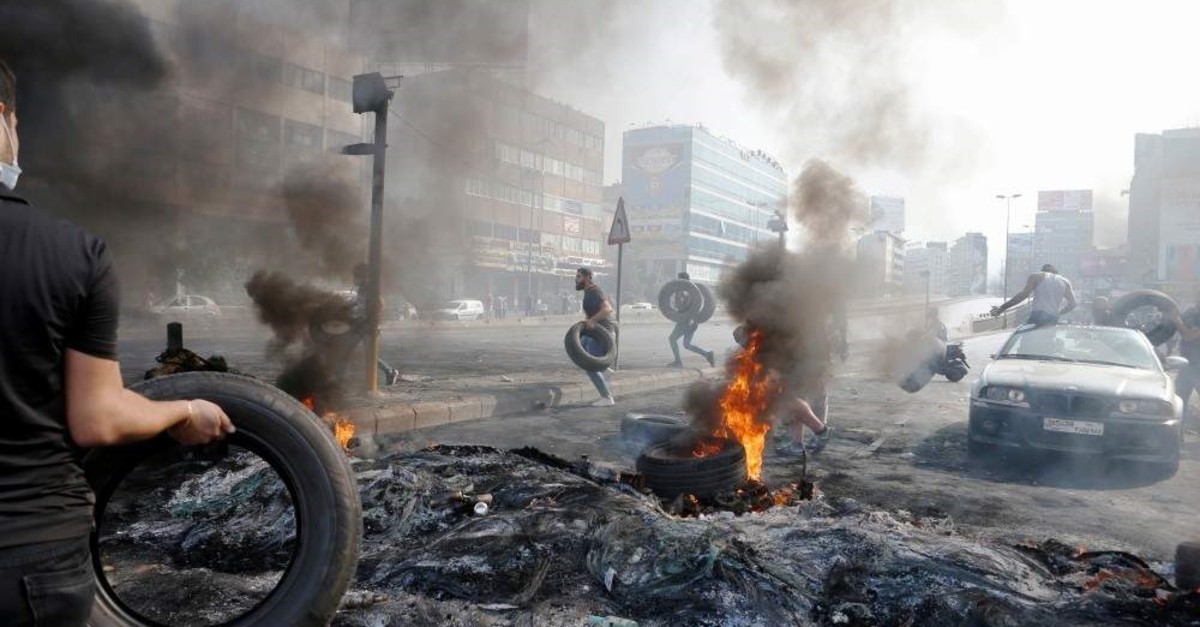 Lebanon has been paralyzed by nationwide protests on Friday as demonstrators blocked major roads in the second day of rallies against the government's handling of a severe economic crisis and the entire country's political class.
The country experienced its largest protests since 2015, and could be on the road of further destabilization.
Lebanon currently has one of the highest debt loads in the world and its population had been displeased with their living standards.
The trigger, in the end, was the news Thursday that the government was planning, among other measures, to impose a tax on Whatsapp calls – a decision it later withdrew as people began taking to the streets.
The protests could plunge Lebanon into a political crisis with unpredictable repercussions for the economy, which has been in steady decline for the past few years. Some of the protesters said they would stay in the streets until the government resigns.
As the protests escalated and widened in scope to reach almost every city and province, schools, banks and businesses shut down.
In the suburbs of the capital of Beirut, hundreds of people burned tires on highways and intersections, and in northern and southern cities, sending up clouds of black smoke in scattered protests.
Protesters blocked the road to Beirut's international airport, stranding passengers who in some cases were seen dragging suitcases on foot to reach the airport.
The tension has been building for months, as the government searched for new ways to levy taxes to manage the country's economic crisis and soaring debt.
In some cases the demonstrations evolved into riots, as protesters set fire to buildings and smashed window fronts, taking their anger out on politicians they accuse of corruption and decades of mismanagement.
Some protesters threw stones, shoes and water bottles at security forces and scuffled with police. Security forces said at least 60 of its members were injured in the clashes. Protesters were also injured.
The government is discussing the 2020 budget, and new taxes have been proposed, including on tobacco, gasoline and some social media communication software such as WhatsApp.
Despite tens of billions of dollars spent since the 15-year civil war ended in 1990, Lebanon still has crumbling infrastructure including daily electricity cuts, trash piles in the streets and often sporadic, limited water supplies from the state-owned water company.