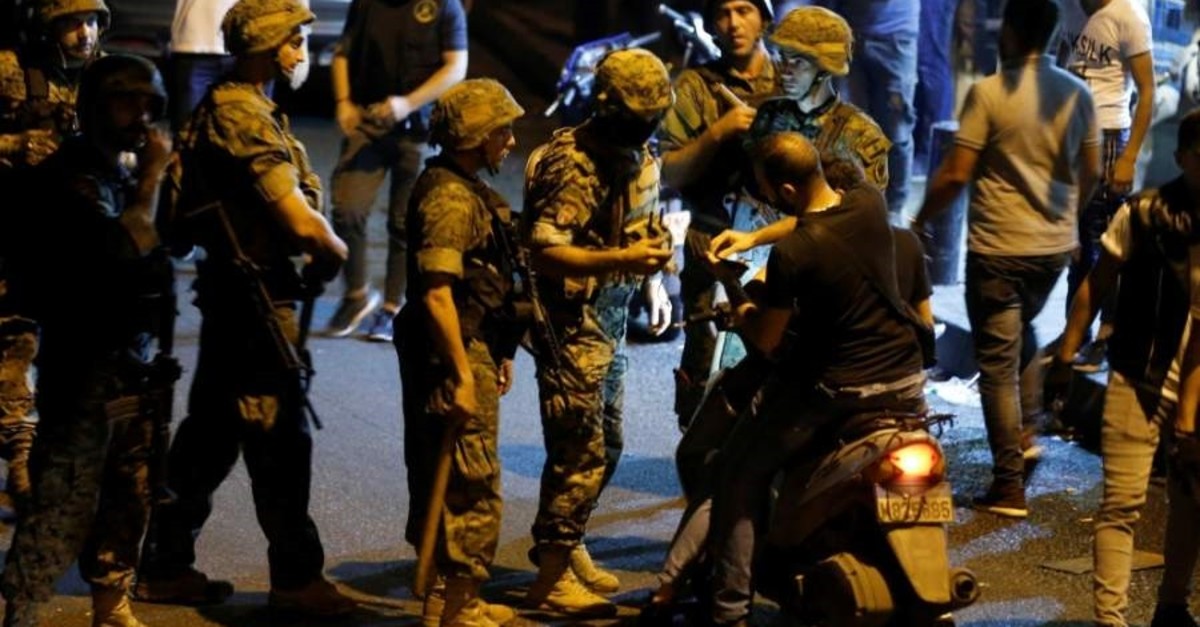 The Lebanese government is facing escalating mass protests despite offering a reform package as peaceful protests turned violent in some areas, where police have been skirmishing with demonstrators holding the flags of the Shiite movements

The government of Lebanese Prime Minister Saad Hariri has faced growing calls for more protests after his reform package was scorned by protesters claiming “empty promises.”

The number of protesters swelled following the cabinet announcement amid intense skepticism that the reforms do not amount to anything serious. They included many young men and women as well as whole families with children waving the national red and white flag with a cedar tree in the center. Aiming to defuse anger at the political elite and dire economic conditions, Hariri's government announced a set of measures on Monday, including long-delayed reforms he said aimed to fight corruption and waste. The reforms announced on Monday included a symbolic halving of the salaries of ministers and lawmakers, as well as moves toward implementing long-delayed measures vital to putting the public finances on a sustainable path. Following a nearly five-hour cabinet meeting, Hariri announced a series of economic and financial reforms he described as a "coup," saying no government in Lebanon's history has taken such radical steps before.

Hundreds of thousands of people have flooded public squares across the country in the largest protests in over 15 years, unifying an often-divided public in their revolt against status-quo leaders who have ruled for three decades and brought the economy to the brink of disaster. Sparked by proposed new taxes, the protests have shaken the country and top leaders, who are scrambling to come up with concessions to appease the public. The protests have been overwhelmingly peaceful since Friday evening, while some demonstrators clashed with security forces in central Beirut.

On Monday night, the Lebanese army stopped a convoy of people holding the flags of the powerful Shiite movements Hezbollah and Amal heading to the Beirut protest site. Soldiers skirmished in Beirut with young men, while both parties denied they were behind the convoy of scores of supporters.

The popular Iran-backed movement Hezbollah is a major political player that took 13 seats in the country's May 2018 parliamentary elections and secured three cabinet posts. It helped its Christian ally Michel Aoun assume the presidency in 2016 and has since backed his government despite popular dissatisfaction that peaked last week following protests over taxes, corruption and dire economic conditions. South Lebanon, a bastion of the powerful Shiite movement since the group liberated the region from Israeli occupation in 2000, was not spared. Protests have been reported in the cities of Nabatiyeh, Bint Jbeil and Tyre, where Hezbollah and its political affiliate, the Amal Movement, hold sway. With the exception of Tyre, these protests were not as big as in other parts of the country.

Lebanon’s political system was set up to balance power between the country’s religious sects, including Christians, Sunni Muslims, Shiite Muslims and Druze. Many current senior politicians came to prominence during the country’s 15-year civil war that ended in 1990. The country is under pressure from the World Bank and the International Monetary Fund (IMF) to take austerity measures in return for financial support. The Lebanese economy has been hit by political paralysis and regional conflicts, among other factors. Economic woes have been compounded by strains in the financial system that accumulated as capital flows into the country have slowed down.