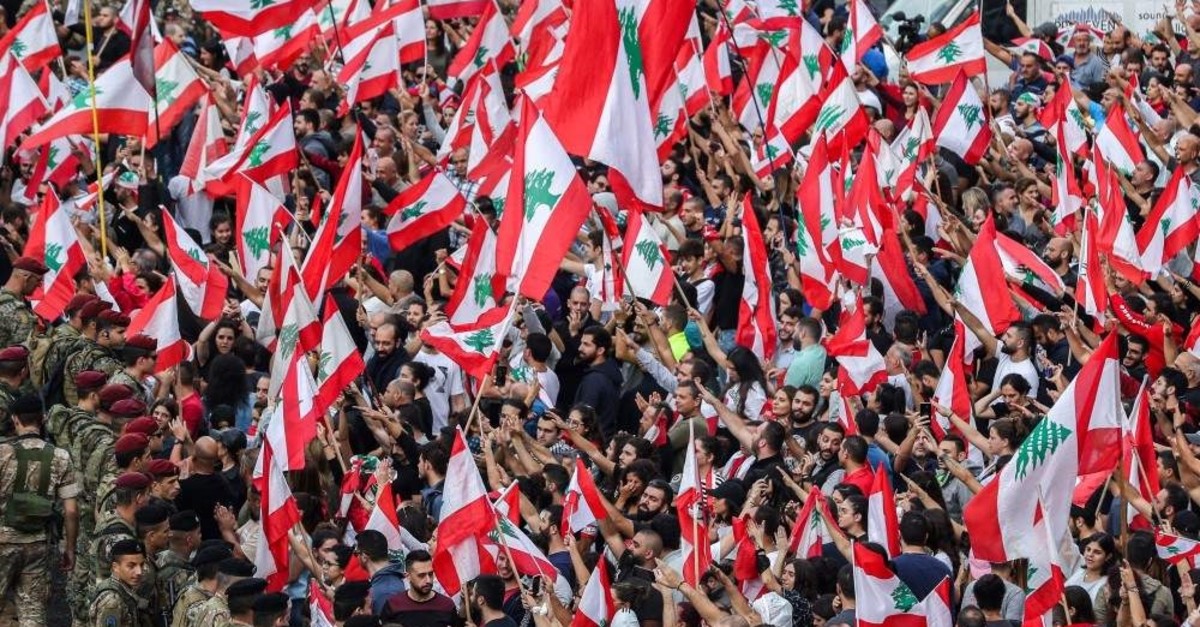 Lebanese people have been on the streets for a week, protesting the government and its allies. Although the protests broke out over a tax proposal to be imposed on Whatsapp, it is clear that the people are fed up due to much deeper problems. Given the fact that the country has a high unemployment rate along with widespread poverty, the regional crisis including the stalemate with Israel and the influx of refugees from Syria are forcing Lebanese people to take to the streets.

Last week, hundreds of Lebanese people started spontaneous, unorganized demonstrations in the capital Beirut. The main theme of the demonstrations was challenging taxes imposed recently. However, in a short time, the protesters started voicing other complaints as well. The high rates of unemployment, a lack of infrastructure and constant electricity shortages are the most spoken about. Moreover, corruption is one of the topics that Lebanese people talk about. Although embattled Prime Minister Saad Hariri said there would be radical reforms to eradicate the problems, the protests have not ended.

With the protests are focused mainly around the economy, these demonstrations have a political tone too. It is noteworthy that they are cross-sectarian. It is important because Lebanon is a heavily sectarian country. Some protesters chanted slogans against Iran and its proxy in the country, Hezbollah. Most of the protesters on social media said they were fed up with the unending games played by the regional and international powers. The country has become a scene for the ongoing rift between Saudi Arabia and Iran. While the former would like to pledge support to the country’s old elite, Iran has intensively been supporting Hezbollah, which has recently received a place in the government. The rise of Hezbollah alarmed Israel as it considers the Shiite militant group as an existential threat. The escalation of tensions is not new but renewed.

The country also hosts 1.5 million refugees from Syria. Already in dire conditions in terms of economic development, Lebanon suffers from a lack of international aid. At the same time, as the protesters claim, there is the problem of corruption. According to the Lebanese media and social media users, the donations coming from international donors are going into the pockets of the rulers.

The protests are important in showing that it is an unorganized, leaderless and popular movement. Several videos circulating on social media showed Lebanese soldiers and policemen hugging the protesters. Unlike the brutality seen in other countries like Egypt or Iraq, ordinary people, whether a security force member or someone else, are sharing similar sentiments when it comes to common suffering. Similarly, Christian and Muslim religious leaders expressed their support for the demonstrators.