Death toll climbs to over 70 in violent Iraq protests 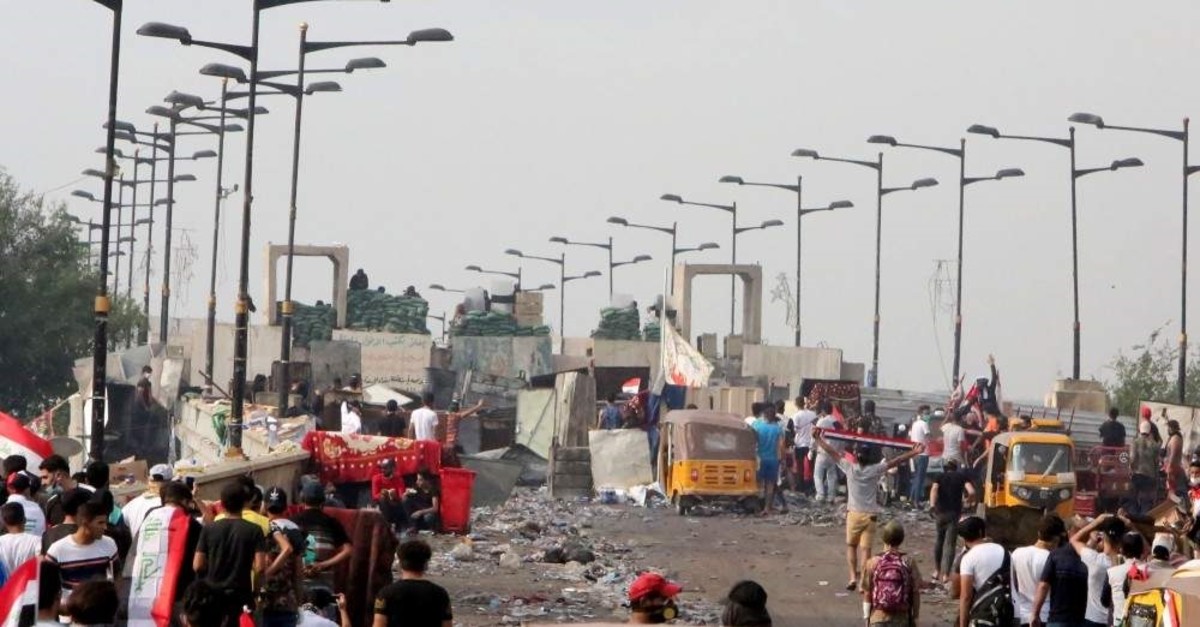 The death toll in anti-government protests in Iraq rose to 75 after a protester died of his wounds in the southern city of Basra yesterday, revealing the ongoing violence in the war-torn country. The Independent High Commission for Human Rights (IHCHR) said at least 3,654 people, including security officials, have been wounded in the protests in the capital Baghdad and southern cities.

Demonstrations have rocked Baghdad and other Iraqi provinces since Friday against government corruption, unemployment and lack of basic services.

Iraq has witnessed mass protests over the past month that have left hundreds dead. The demonstrations were paused last week for the observation of religious ceremonies in the southern city of Karbala before flaring up again on Friday. More than 200 people have died and 8,000 have been injured so far since the protests began Oct. 1. Iraqi security forces have used excessive lethal force against protesters, the New York-based Human Rights Watch (HRW) reported as the Iraqi government vowed a full probe into the killings.

Iraqi security forces yesterday fired tear gas at school and university students who defied a warning from the prime minister and joined anti-government protests. A spokesman for Prime Minister Adel Abdul Mahdi, whose position is increasingly precarious as he faces the largest challenge since he came to power a year ago, said on Sunday that anyone disrupting work or school days would be severely punished.

Thousands of Iraqi protesters had gathered in Baghdad's central Tahrir Square on Sunday, defying a bloody crackdown that had killed scores over the previous two days, and an overnight raid by security forces seeking to disperse them.

The protests are the largest ones since the Iraqi government was formed in 2018, barely a year ago. Fuming Iraqis demand a fundamental change in the current political system. The unrest poses an unprecedented challenge for Iraqi Prime Minister Adel Abdul-Mahdi, who took office last year as a consensus candidate of powerful Shiite religious parties that have dominated the country since the fall of Saddam Hussein in 2003. The country, which has been subjected to sectarian policies of local, regional and international powers, was generally witnessing the demonstrations of one group. But now Iraqis are on the streets regardless of their sect. Iraq, which is deeply divided in terms of sectarianism, has been ruled and dominated by Iran-backed Shiite governments. Sunni activities and demonstrations have largely been silenced through the claim of terrorism. Yet this time, Shiite people are on the streets as well and that makes everything more difficult for the government.