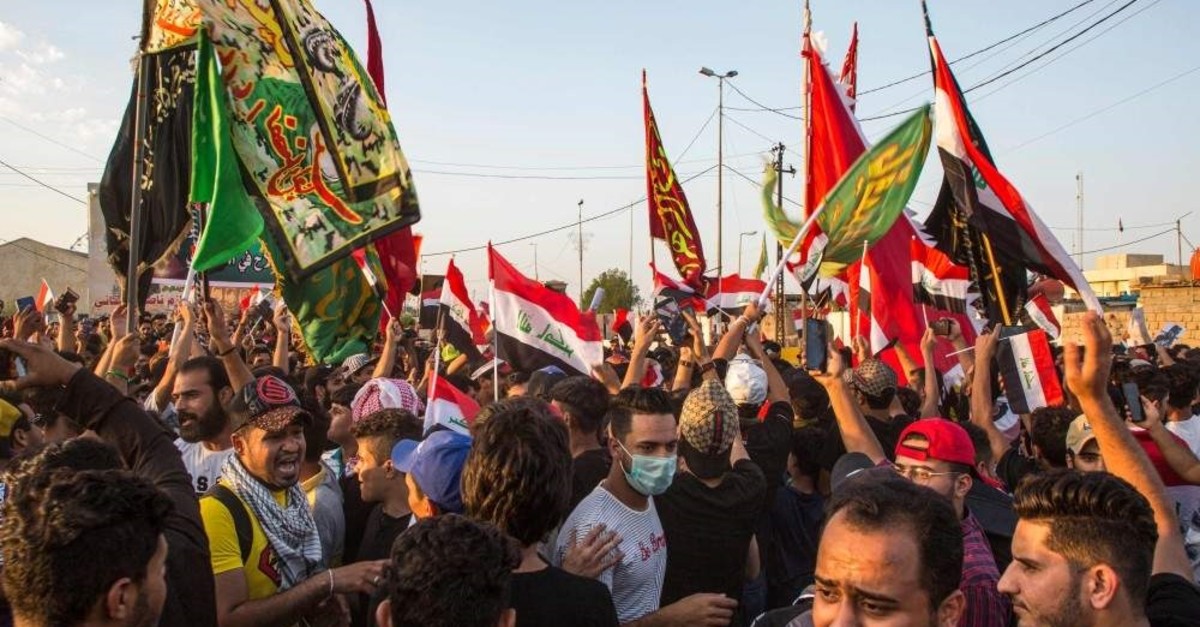 Protests in Iraq and Lebanon pose a challenge to Iran's influence in the region, which closely backs both governments as well as powerful armed groups in each country

The protests in Iraq and Lebanon raise questions over whether Iran is losing influence in the region as protesters in both countries are condemning political elites and demanding an end to Tehran’s influence in their countries’ domestic issues. As the governments of both Iraq and Lebanon are supported by Iran, the protests pose a challenge to Iran, which closely backs both governments as well as powerful armed groups in each country. An increasingly violent crackdown in Iraq against the Tehran-backed government and an attack by Hezbollah supporters on the main protest camp in Beirut have raised fears of a backlash by Iran and its allies.
Defying foreign intervention in the region, Iran accused the U.S., Saudi Arabia and Israel of stoking unrest in Lebanon and Iraq, and called for calm in both countries. "Our advice has always been to call for peace and [stopping] interference by foreign forces in these countries," President Hassan Rouhani's chief of staff Mahmoud Vaezi was quoted as saying by state media. The U.S., Saudi Arabia and Israel were riding a wave of popular demands and providing those forces with financial support, he added.
The protests in Iraq started as a protest against high unemployment rates, energy shortages and corruption, but turned into rallies against Iran and its proxies in the country. In a country that is OPEC's second-largest oil producer, impoverished residents complain that powerful Shiite militias tied to Iran have built economic empires, taking control of state reconstruction projects and branching into illicit business activities. During protests, the presence of masked men in the streets and the fact that protesters are directly targeted by these men along with the Iraqi police and troops have increased doubts over the interference of Iran in the conflict.

The unrest poses an unprecedented challenge for Iraqi Prime Minister Adel Abdul-Mahdi, who took office last year as a consensus candidate of powerful Shiite religious parties that have dominated the country since the fall of Saddam Hussein in 2003. Populist Shiite cleric Muqtada al-Sadr, who leads parliament's largest bloc, had asked Abdul-Mahdi to call an early election. When the premier refused, he called on his main political rival Hadi al-Amiri, who leads a parliamentary alliance of Iran-backed Shiite militia that holds the second-largest amount of seats in parliament behind Sadr's alliance, to help oust the prime minister.

The protests are the largest since the Iraqi government was formed in 2018, barely a year ago. Iraq, which is deeply divided in terms of sectarianism, has been ruled and dominated by Iran-backed Shiite governments. Sunni activities and demonstrations have largely been silenced through the claim of terrorism. Yet this time, Shiite people are on the streets as well and that makes everything more difficult for the government.

In Lebanon, hundreds of thousands of people have taken to the streets, demanding the resignation of a government dominated by pro-Iran factions. Lebanese protesters have only rarely called out Iran and its main local ally, the militant Hezbollah group, but they have focused much of their rage on the country's president and foreign minister, who come from a Christian party closely allied with Hezbollah.

Lebanon's Prime Minister Saad Hariri submitted his government's resignation on Tuesday, bowing to nearly two weeks of unprecedented nationwide protests against corruption and sectarianism. Hariri's somber televised address was met by cheers from crowds of protesters who have remained mobilized since Oct. 17, crippling the country to press their demands. The move, the demonstrators' most significant win yet, will trigger the complicated task of parliament forming a new government, if the president accepts it. Hariri made his resignation speech after a crowd loyal to Hezbollah and Amal movements attacked and destroyed a camp in central Beirut. It was the most serious strife on the streets of Beirut since 2008, when Hezbollah fighters seized control of the capital in a brief eruption of armed conflict with Lebanese adversaries loyal to Hariri and his allies at the time.