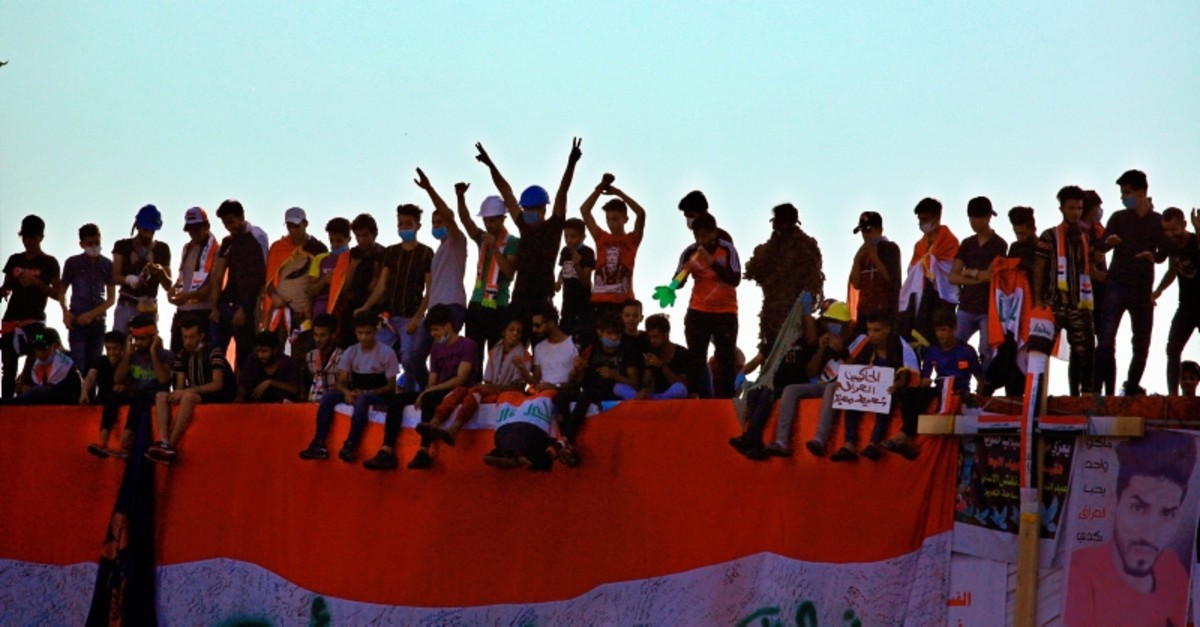 Iraqi security forces clashed with anti-government protesters near the capital's Tahrir Square on Saturday as anti-government rallies which have rocked Baghdad for a month cost more lives.

The violence in Baghdad has been centered on two bridges linking Tahrir to the Green Zone on the west bank of the Tigris River where most government buildings and foreign embassies are located.

Riot police deployed along the bridges on Saturday fired tear gas to keep back protesters, who have dug in to their positions behind their own barricade.

One demonstrator was killed there overnight, and another died during the day on Saturday, medical sources confirmed to AFP.

Dozens more were wounded in the clashes.

The protests have evolved since October 1 from rage over corruption and unemployment into a wholesale condemnation of Iraq's political and religious class.

The movement has swelled as students, trade unions and NGOs joined in.

On Saturday, nearly 200 Iraqis with special needs organized their own small march in Baghdad to show support.

"Our rights have been overlooked for years because of corruption," said Muadh al-Kaabi, 30, a blind teacher who works in a special needs school.

"There are four million people with special needs across Iraq -- and the numbers are only growing because of the wars we have been through," he told AFP.

Iraq has suffered decades of back-to-back conflicts, including war with Iran, the US-led invasion of 2003 that toppled Saddam Hussein and years of sectarian infighting.

Since then, its political system has been gripped by clientelism, corruption and sectarianism, prompting protesters to call for the total "downfall of the regime."

They have so far been unimpressed by the government's proposed reforms, including early elections.

"We've been having elections for 16 years, and we've gotten nothing," said Haydar, 30, a protester in Tahrir.

Another activist, Mohammad, 22, said the demonstrators should not accept such "fake reforms".

"People are very aware of what's happening: we've gotten to an important phase and can't lose it all now," he added.

Protesters have occupied Tahrir Square for more than a week, repeatedly defying an army order to clear the streets between midnight and 6:00 am.

The military on Saturday shortened that curfew to 2:00 am - 6:00 am, but many demonstrators planned to stay in the square overnight.

Buildings around the square are blanketed with the banners of young Iraqis who have died in the skirmishes with the riot police.

Over the past month, more than 250 people have been killed and thousands more wounded in the rallies.

The latest official toll was provided on Wednesday, but medical sources said at least nine demonstrators have been killed since.

Eight of them died around Tahrir, where clashes between riot police and security forces have escalated.

The ninth victim was killed by the security guards of a local politician in the southern city of Nasiriyah.