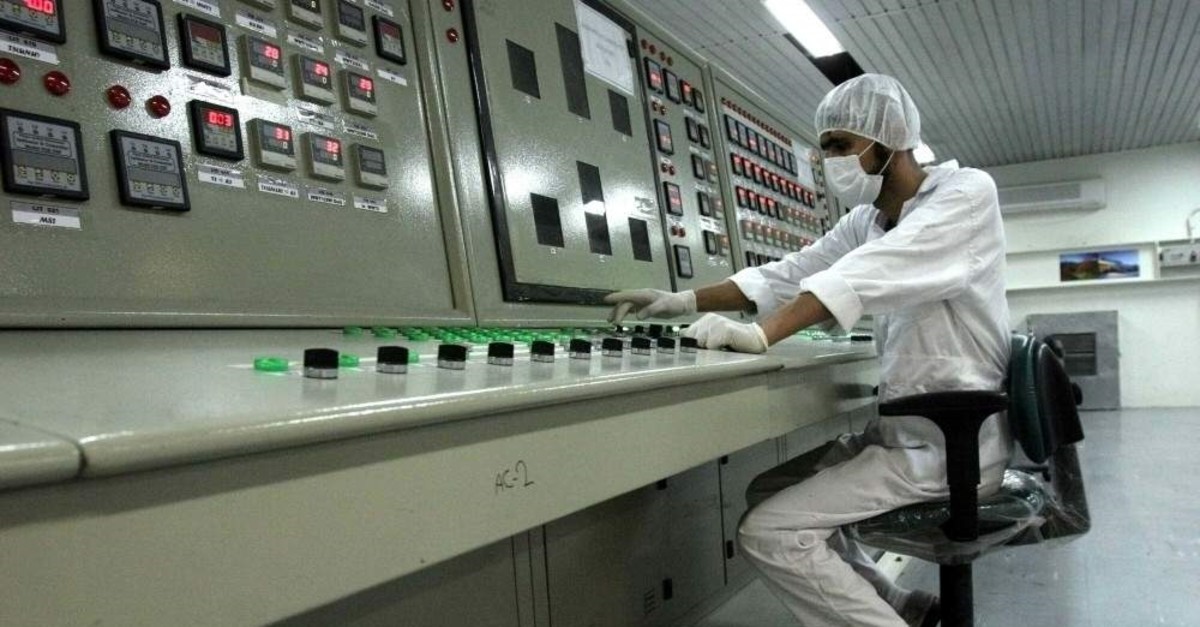 In this Feb. 3, 2007 file photo, an Iranian technician works at the Uranium Conversion Facility just outside the city of Isfahan, Iran, 255 miles (410 kilometers) south of the capital Tehran. (AP Photo)
by Compiled from Wire Services Nov 04, 2019 3:33 pm
Iran announced on Monday its latest violations of the nuclear deal with world powers, saying that it now operates twice as many advanced centrifuges banned by the 2015 accord and is working on a prototype that's 50 times faster than those allowed by the deal.
Tehran said its enriched uranium production has reached five kilograms per day, more than 10 times the level two months ago when it abandoned a number of commitments to the nuclear deal.
Iran has also developed two new advanced centrifuges, one of which is undergoing testing, Ali Akbar Salehi, the head of Atomic Energy Organization of Iran, announced at the Natanz facility in central Iran. By starting up these advanced centrifuges, Iran further cuts into the one year that experts estimate Tehran would need to have enough material for building a nuclear weapon — if it chose to pursue one.
Already, Iran has broken through its stockpile and enrichment limitations, trying to pressure Europe to offer it a new deal, more than a year since President Donald Trump unilaterally withdrew the U.S. from the accord.
As of now, Iran is enriching uranium to 4.5%, in violation of the accord's limit of 3.67%. Enriched uranium at the 3.67% level is enough for peaceful pursuits but is far below weapons-grade levels of 90%. At the 4.5% level, it is enough to help power Iran's Bushehr reactor, the country's only nuclear power plant.
The announcement came as the country marks the 40th anniversary of the 1979 U.S. Embassy takeover that started a 444-day hostage crisis.
Last Update: Dec 20, 2019 1:26 am
RELATED TOPICS