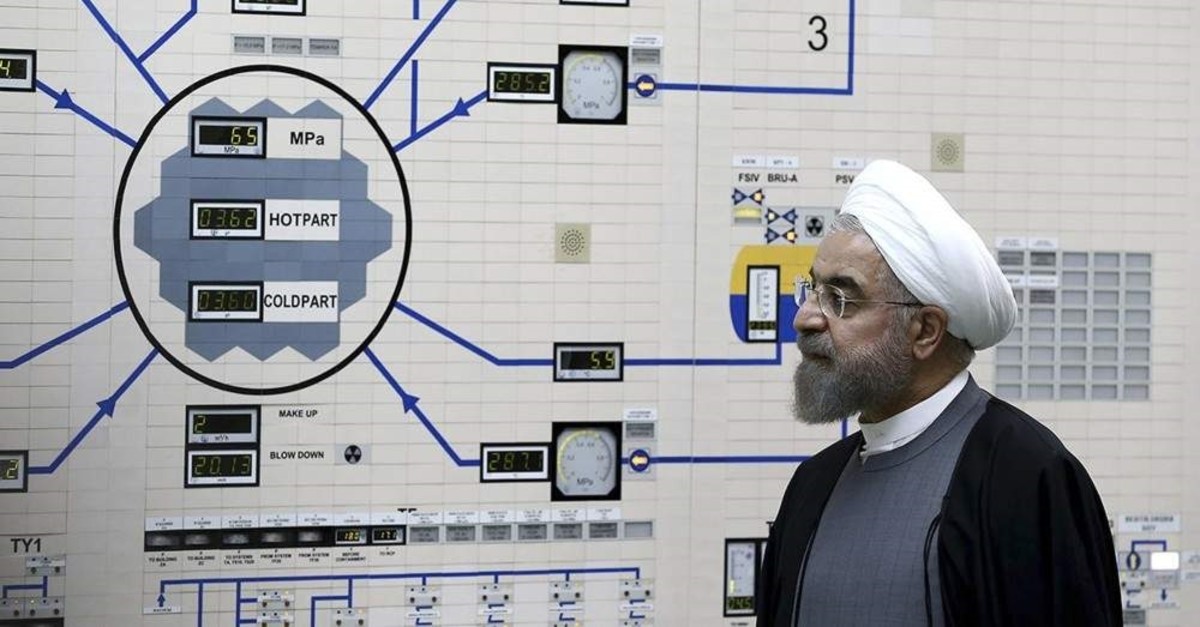 Iran has started to inject uranium gas into centrifuges at its underground Fordow nuclear facility, state TV reported yesterday.
The move comes as the latest step back from the troubled 2015 nuclear agreement with major powers. The deal bans nuclear material from Fordow and, with the injection of uranium gas into its centrifuges, the facility will move from its permitted status of research plant to become an active nuclear site.
"With the presence of inspectors from the International Atomic Energy Agency, Iran started injecting [uranium] gas into centrifuges in Fordow," TV reported.

The move is seen as another blow to the 2015 nuclear deal. As part of the deal, Iran had agreed to turn Fordow into a "nuclear, physics and technology center" where 1,044 centrifuges are used for purposes other than enrichment, such as producing stable isotopes, which have a variety of civil uses.

Last year, U.S. President Donald Trump exited the nuclear deal and said it was flawed in Iran’s favor. Washington has since renewed and intensified its sanctions, slashing Iran’s economically vital crude oil sales by more than 80%.

Iran's underground uranium enrichment Fordow facility "will soon be back to full operation," Iranian President Hassan Rouhani tweeted, a few hours after Tehran announced that uranium gas had been injected into centrifuges at the site yesterday.
"Iran's 4th step in reducing its commitments under the JCPOA (the 2015 nuclear deal) by injecting gas to 1044 centrifuges begins today. Thanks to U.S. policy and its allies, Fordow will soon be back to full operation," Rouhani tweeted.

Animosity between Tehran and Washington and its allies has soared since the U.S.’s unilateral withdrawal from the nuclear deal. As part of its efforts to contain Iran in the region, the U.S. began training its Gulf allies to “protect navigation” in the region's troubled waterways. Washington's three-week International Maritime Exercise (IMX), which started on Oct. 21, came after a number of commercial vessels were attacked in the Gulf from May, ratcheting up regional tensions. Washington and other Western powers blamed the incidents on Iran, which has denied any involvement. On Tuesday, the U.S. invited the international media to observe part of the IMX, the second-largest maritime exercise of its kind. The maneuvers involve 5,000 personnel, 40 vessels and 17 aircraft from 50 countries deployed to the strategic waterway that separates Iran from the pro-U.S. Arab Gulf monarchies.