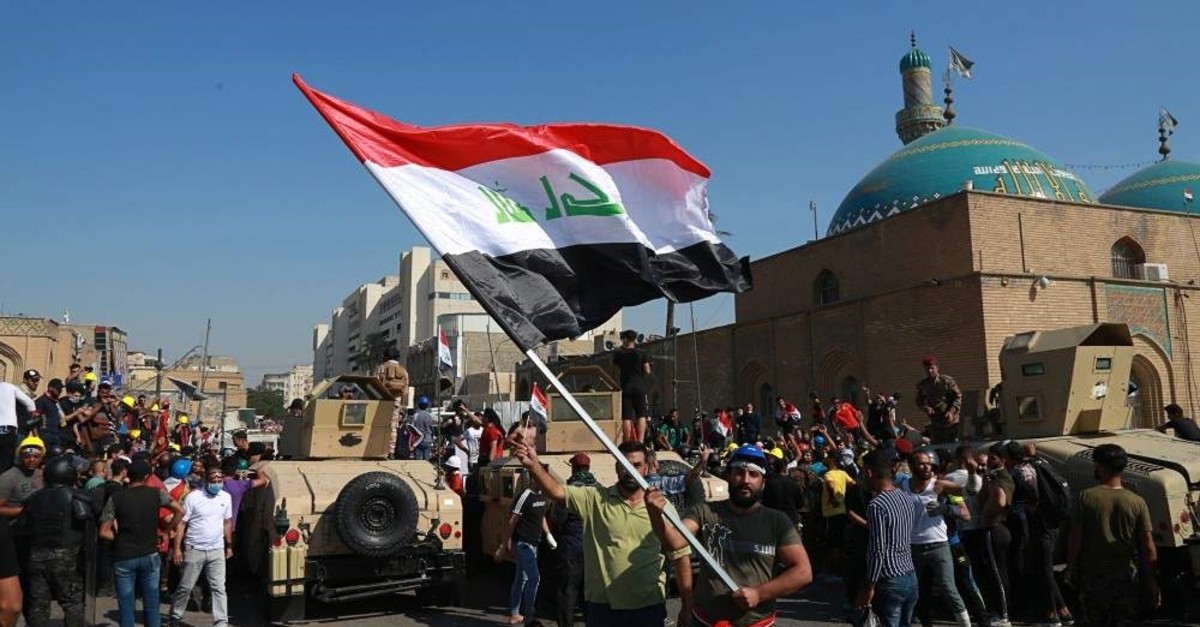 Iraqi protesters have blocked the entrance to the Nassiriya oil refinery in the south, security and oil sources told Reuters on Wednesday.
The protesters blocked the tankers that transport fuel to gas stations from entering the refinery, which caused fuel shortages across Dhi Qar province, the sources said.
The protesters were gathering on the roads leading to the fields of the state-owned Missan Oil Company and demanding jobs.
"However, operations of production and exports are running normally," a source said.
Meanwhile, two more Iraqi protesters have been killed in renewed clashes in the Shiite holy city of Karbala, a flashpoint in weeks of anti-government demonstrations, a protester and a medic said Wednesday.
They said the two were killed in overnight clashes near the provincial headquarters in the city. They spoke on condition of anonymity for fear of repercussions.
Tens of thousands of people have taken to the streets in recent weeks in the capital, Baghdad, and across the Shiite south, demanding sweeping political change. The protesters complain of widespread corruption, a lack of job opportunities and poor basic services, with regular power cuts despite the country's vast oil reserves.
Global football's governing body FIFA said Wednesday it has told Iraq to play two 2022 World Cup qualifiers they were due to host this month at a neutral venue due to the security situation in the country.
Last Update: Dec 20, 2019 1:29 am
RELATED TOPICS