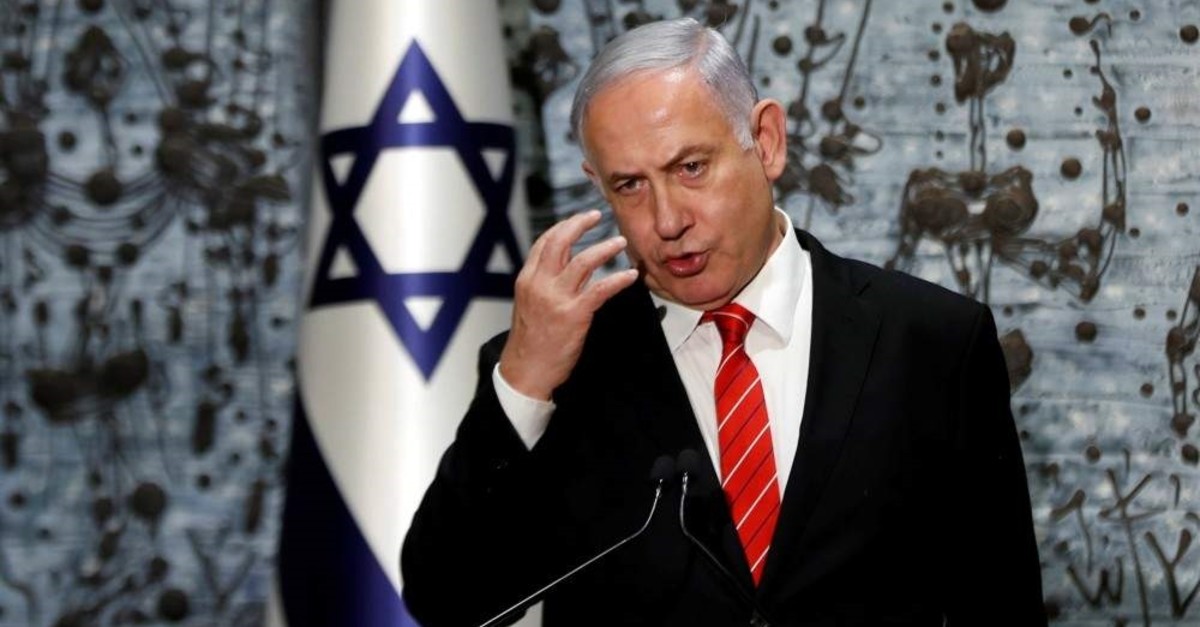 As part of an initiative to develop positive relations with Gulf countries, especially Saudi Arabia, Israel reportedly aims to sign an agreement based on their shared enmity for regional foe Iran

As the latest sign of growing regional ties, Israel has indicated it wants to sign an agreement with the Gulf countries at the White House, an Israeli TV reported yesterday, without mentioning a solution to the Israeli-Palestinian conflict.
“This initiative was supervised by Israeli Foreign Minister Israel Katz, as a prelude to full normalization between Israel and the Gulf States, along with security and economic cooperation,” the report said, according to Middle East Monitor.
Saudi Arabia, the United Arab Emirates (UAE), Bahrain and Oman have no formal ties with Israel and do not recognize the state. However, recently, they have been dropping the Arab world's historic animosity toward Israel as part of burnishing a more progressive image with the West. Israel’s rapprochement policy toward Gulf countries is also considered as part of an overall policy of seeking allies among developing countries that have historically sided with the Palestinians at the U.N. and other international forums.
In bid to give public expression to the growing relations between Israel and the Gulf countries, Israeli Prime Minister Benjamin Netanyahu greeted the country's teen delegation to the unofficial "Robotics Olympics" on Wednesday after its groundbreaking visit to Dubai.
In addition, the UAE announced that it will be ready to open its doors to Israeli tourists, starting with the 2020 Expo.
The countries have long had back-channel security and cyber ties, mostly based on their shared enmity for regional foe Iran. Israeli businessmen and tourists have made clandestine visits to the oil-rich federation of sheikhdoms, using foreign passports and downplaying their identities.
Last year, Israeli Prime Minister Benjamin Netanyahu launched an initiative to develop positive relations with Gulf countries, especially with Saudi Arabia, as Crown Prince Mohammed bin Salman is known for his soft stance toward Israel.
Israel and Saudi Arabia agree that Iran must be contained, and its power must be curbed at any price. Saudi Arabia believes Iran funds certain groups in Yemen as well as in Syria and Iraq, while Israel claims Iran and its proxies or supporting groups, like Hezbollah, are existential threats to its soil.
It is noteworthy that Saudi Arabia considers Hamas as dangerous as Israel, since it believes the Muslim Brotherhood and its affiliates are a direct threat to it. As part of Israel's new policy, Netanyahu visited Oman last year, meeting the king, Sultan Qaboos bin Said, in Muscat.
Israel and the Saudi Arabia-led Gulf countries believe that Iran is the biggest national security threat to themselves. In the last few years, there were signs that the policies toward each other were changing reciprocally. The Arab countries, except Egypt and Jordan, do not recognize Israel’s occupation of Palestinian lands.
However, the so-called Arab Spring has apparently changed the priorities of these countries. When looking at recent developments theses changes can be observed more clearly.
For instance, Israel remained silent over the murder of Jamal Khashoggi at the Saudi Consulate in Istanbul last year. The international outrage has been increasing as several European countries have decided to revise their relations with Saudi Arabia while Germany made a call to suspend arms sales.
Despite the fact that the crown prince of Saudi Arabia and U.S. President Donald Trump have good relations, even the U.S. decided to revoke some Saudi officials' visas. Yet, Israel remains insistently silent on an official level while many articles in Israeli media demonize Khashoggi and defend Saudi Arabia.
Similarly, Saudi Arabia remained silent over the U.S.' decision to move its embassy from Tel Aviv to Jerusalem, recognizing, de facto, Jerusalem as Israel’s capital. There was harsh criticism in the international arena that this move would undermine the regional status quo and worsen the conflict. However, Saudi Arabia along with other Gulf countries, except Qatar, preferred to remain silent on the issue.