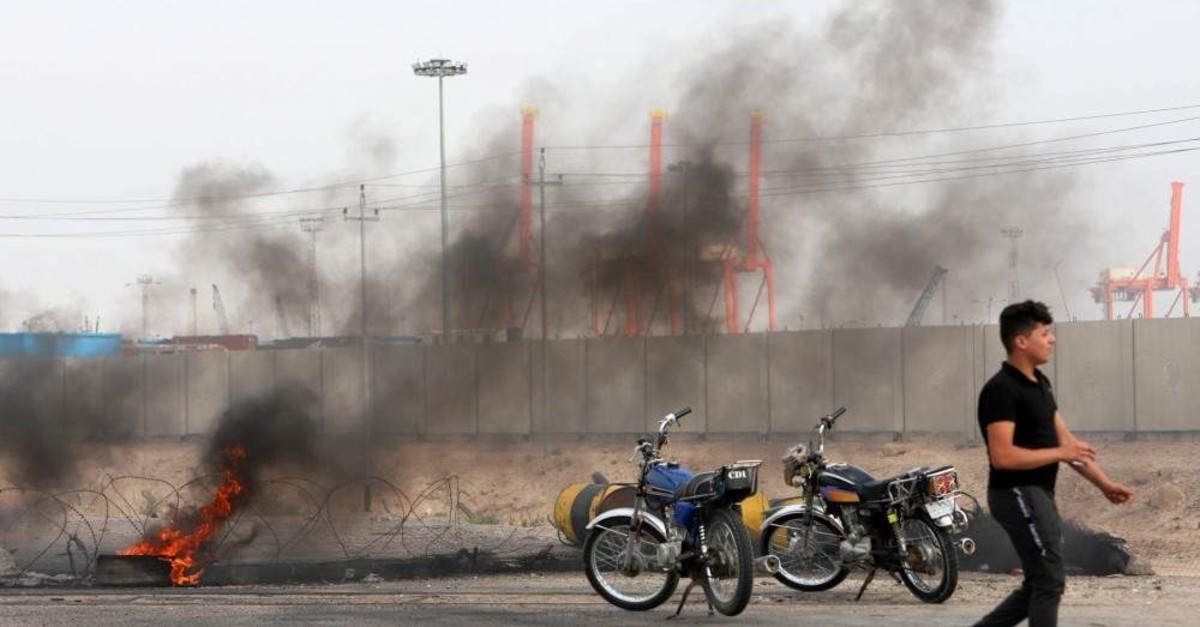 In the past, protests in Iraq have been presented as schemes of foreign-backed infiltrators or Daesh supporters, but this time the challenge has originated domestically, namely from the Shiite community against Iran

Since the beginning of last month, thousands of Iraqis have taken to the streets every day to protest not only the Iraqi government but also Iran. Iraqi security forces as well as – according to Iraqi protesters – Iran-backed militias have not refrained from directly targeting unarmed civilians, which has led to a death toll in the hundreds. Despite attempts to label protesters as Daesh supporters or foreign-backed infiltrators, it seems the protests in Iraq have already crossed sectarian lines.

Throwing shoes in Arab culture is a sure sign of outrage. One of the most unforgettable moments of the 2003 U.S. invasion of Iraq was Iraqis destroying ousted President Saddam Hussein’s downed statue in Baghdad. Five years later, then-U.S. President George Bush was the target of a shoe during a press conference. Today, Iraqis are slapping Iran’s Supreme Leader Ayatollah Ali Khamanei. Moreover, the headquarters of Iranian militias and even Iranian Consulates were torched in Basra. Similarly, in Baghdad, there were attempts to break the security chain in front of the Iranian Embassy.

The protests shaking Iraq started in an unorganized manner. Protesters were in the streets mainly to protest economic deterioration, high unemployment rates, energy shortages and corruption; however, it did not take long for the anger of the protesters to target Iran as well. The protesters hold Iran primarily responsible for the instability and economic deficiencies in the country. Despite the promises of the Iraqi government to ameliorate the standard of living, sort out corruption and increase job opportunities, people are unsatisfied and find the government unreliable on the grounds that it is nothing more than a puppet of Iran.

Since the protests started and gained widespread support in Shiite-majority areas, the claim that Iran has been a protector of Shiites across the region is being heavily undermined. Moreover, the support of Shiite leaders in Iraq for the protesters has changed the course of the demonstrations. Most Iraqis are adherents of their own Shiite leaders, rejecting Iran’s claim that Khamanei should be recognized by all Shiites as their ultimate leader. Iraq’s top Shiite cleric during his Friday sermon urged the Iraqi government to stop using excessive force against people. “The biggest responsibility is on the security forces. They must avoid using excessive force with peaceful protesters,” one of his representatives said. Famous Shiite cleric and politician Muqtada al-Sadr has also been calling on the government to reconcile with the protesters.

Iran has been interfering in regional issues over sectarianism, not only in Iraq but also in Syria, Lebanon and Yemen. Playing the sectarianism card to keep relations tight with Shiite minorities and armed groups worldwide, the Tehran administration has given unconditional support to some militias in Iraq, like Hashd al-Shaabi, whose atrocities have repeatedly been documented by rights groups. Iran has been holding the flag of sectarianism and using the centuries-old conflicts, narratives and Islamic interpretations as a cloak for its struggle for power; however, this time the challenge has originated internally.