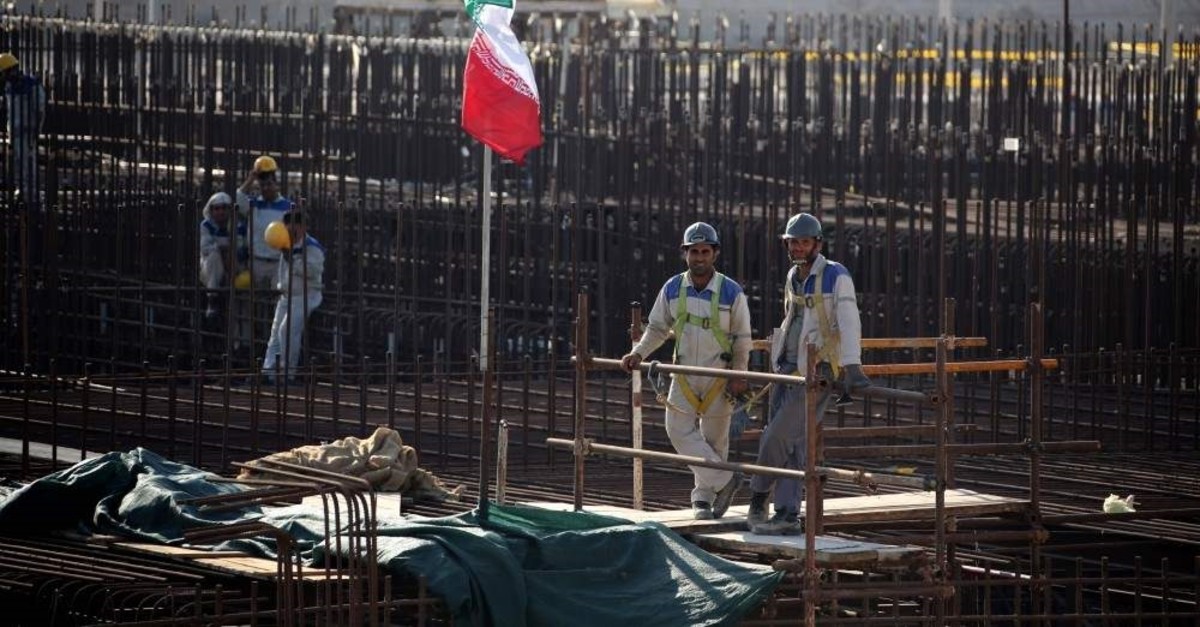 Iran began pouring concrete Sunday for a second nuclear reactor at its Bushehr power plant, a facility Tehran points to as its reason to break the enrichment limit set by its unraveling 2015 nuclear deal with world powers.

While celebrating the start of construction, the politics of the moment weren't lost on Iranian officials as a U.S. pressure campaign of sanctions blocks Tehran from selling its crude oil abroad. Those sanctions took effect after U.S. President Donald Trump unilaterally withdrew America from the accord in May 2018, lighting the fuse for the current tensions now gripping the wider Mideast.

"It was not us who started breaking commitments, it was them who did not keep to their commitments and cannot accept the nuclear deal as a one-way roadmap," said Ali Akbar Salehi, the head of the Atomic Energy Organization of Iran.

Bushehr is fueled by uranium produced in Russia, not Iran, and is monitored by the United Nations' International Atomic Energy Agency. However, Iran began 4.5% enrichment in part to supply Bushehr despite the deal limiting it to 3.67%.

While that's still nowhere near weapons-grade levels of 90%, nonproliferation experts warn Iran's growing stockpile and increasing enrichment will begin to shave off time from the estimated year Tehran would need to gather enough material for an atomic bomb.

Iran long has maintained its program is for peaceful purposes, though the deal was designed to limit its enrichment program in exchange for the lifting of international sanctions. Those limits blocked its path to being able to have enough material for a bomb.

On Sunday, trucks with spinning concrete mixers poured their slurry into the prepared base of the second reactor as journalists watched in Bushehr, some 700 kilometers (440 miles) south from Iran's capital, Tehran. Bushehr's working reactor stood behind it.

Officials say the new reactor, and a third planned to be built, will each add over 1,000 megawatts to Iran's power grid. It is being built with the help of Russia, which helped finally put Bushehr's first reactor online in 2011 after decades of delays.

"The security of this power plant has been provided by the armed forces and its safety has been endorsed by international institutions," he said.

That appeared to be a dig at Gulf Arab states opposed to Tehran, who earlier raised concerns to the IAEA that Bushehr was a risk to the wider region over earthquakes that routinely hit Iran. The facility withstood earthquakes in the past and is built to resist damage from a temblor.

Meanwhile Sunday, Iran's Foreign Ministry spokesman rejected claims by the U.S. and Israel over allegations of nuclear material being discovered at an undeclared site outside of Tehran. An IAEA meeting last week appeared to include discussions over what Israeli Prime Minister Benjamin Netanyahu described in a United Nations speech in 2018 as a "secret atomic warehouse."

The IAEA has said Iran "carried out activities relevant to the development of a nuclear explosive device" in a "structured program" through the end of 2003. Israeli officials allege material recovered from the warehouse came from that program.

"The Zionist regime and others are trying to re-open this case. We don't accept this and we condemn these efforts," Mousavi said. "Reopening a case which has been already resolved and closed is not compatible with any laws, regulations or agreements."

Iran previously has denied the claims about the warehouse by Israel, which has its own undeclared nuclear weapons program. The IAEA released no informationon the alleged warehouse at a board meeting Thursday, but is expected to release a quarterly report on the Iran nuclear deal this week.