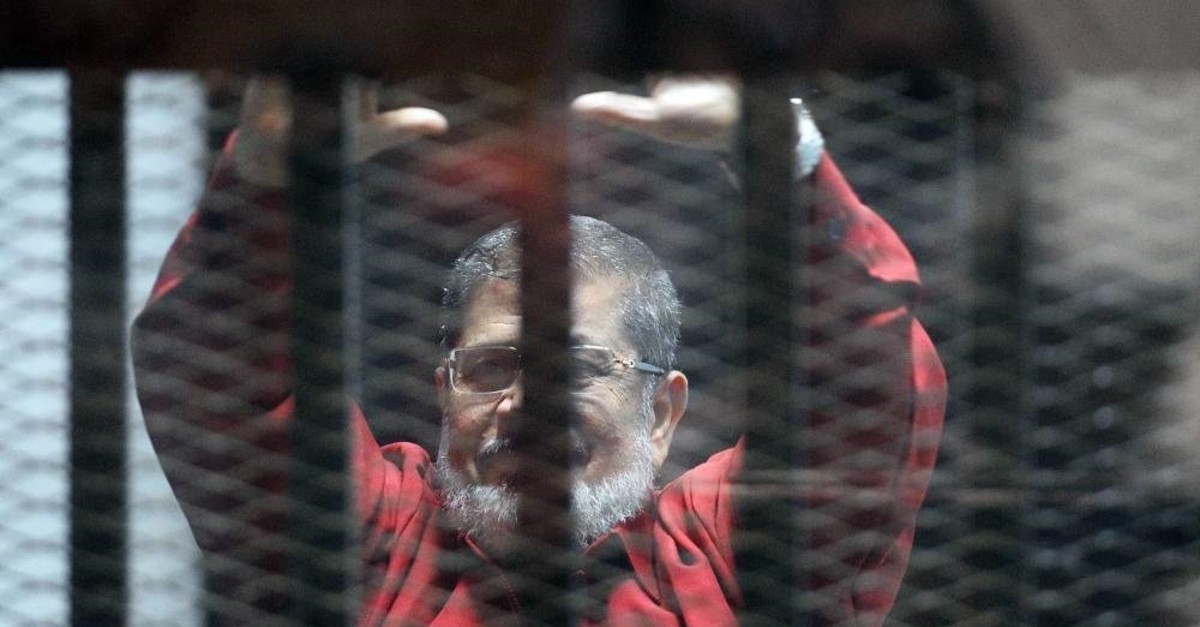 After months of silence over Egypt’s first freely elected President Mohammed Morsi’s killing, a U.N. report said that the Egyptian regime arbitrarily killed him, underscoring its grave human rights violations. Although this U.N. report has significance to an extent, or at least has documented this arbitrary killing, it is strange that similar calls made by Egyptians while Morsi was alive were neglected. Currently, thousands of people are in prisons while many others are in custody with no state record.

Morsi spent “Twenty-three hours in a day in solitary confinement with no access to necessary medical checks despite high blood pressure, diabetes and ophthalmic problems,” the report said. This is how the Egyptian regime killed Morsi in a gradual and painful way. Morsi died on July 17. While he was alive, several rights groups called on Western powers to increase pressure on the Egyptian regime concerning human rights violations, but the Western countries, including the U.S., ignored the calls and neglected one of the worst cases of collective punishment in recent history. Finally, after Morsi’s death, a United Nations expert said in a statement that the Egyptian regime had arbitrarily killed him.

The U.N. Human Rights Office of the High Commissioner, based on its experts’ report, said on Friday: “The prison regime in Egypt may have directly led to the death of former President Mohammed Morsi, and may be placing the health and lives of thousands more prisoners at severe risk.” The statement quoted the experts as saying “Dr. Morsi was held in conditions that can only be described as brutal, particularly during his five-year detention in the Tora prison complex.” The experts concluded that his death “after enduring those conditions could amount to a state-sanctioned arbitrary killing.”

Still, it is a positive sign that the U.N. and its experts realized the awful conditions in Egyptian prisons. The experts highlighted that there were thousands more prisoners whose rights were constantly violated. Moreover, many of them were facing a “high risk of death.” The experts also stated that the conditions in the prisons were deliberately awful as the current president, Abdel-Fattah el-Sissi, who led the bloody military coup while he was chief of the army against Morsi in 2013, was using the fear of prison to “silence dissenters.” The statement was followed with a call on the Egyptian regime to better the conditions in prisons. This call is obviously in vain.

On Morsi’s conditions in prison, experts said: “Dr. Morsi was held in solitary confinement for 23 hours a day. He was not allowed to see other prisoners, even during the one hour a day when he was permitted to exercise. He was forced to sleep on a concrete floor with only one or two blankets for protection. He was not allowed access to books, journals, writing materials or a radio. Dr. Morsi was denied life-saving and ongoing care for his diabetes and high blood pressure. He progressively lost the vision in his left eye, had recurrent diabetic comas and fainted repeatedly. From this, he suffered significant tooth decay and gum infections.”

The experts also touched on the inhumane conditions that Morsi’s former foreign affairs adviser, Essam El-Haddad, and his son Gehad El-Haddad, who was chief spokesman for the Muslim Brotherhood, are being held in. “These two men are effectively being killed by the conditions under which they are held and the denial of medical treatment. It appears that this is intentional or at the very least allowed to happen through the reckless disregard for their life and fate,” the experts said.