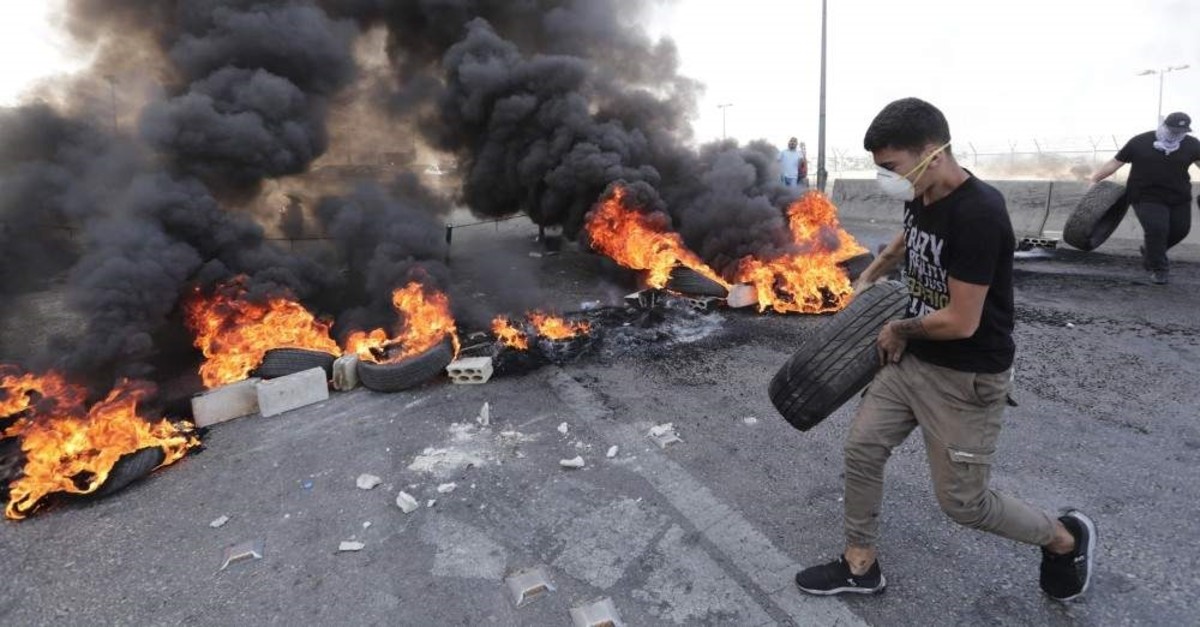 Lebanese anti-government protesters called for more nationwide strikes and civil disobedience after a local official for a Lebanese political party was shot dead by soldiers trying to open a road closed by protesters in southern Beirut late Tuesday, marking the first death in 27 days of nationwide protests.

An army statement said the man was shot in the Khaldeh neighborhood after an altercation during which a soldier opened fire to disperse the crowd, hitting one person. It said the army command had opened an investigation into the killing after arresting the soldier. The man was identified as a local official with the Progressive Socialist Party headed by Walid Jumblatt, political leader of Lebanon's Druze community. It was confirmed by the party's Al-Anbaa newspaper.

The incident was sure to inflame tensions already running high in the country, which has been engulfed by nationwide protests against the country's entire political class since Oct. 17. The protesters vowed to escalate their tactics after the first death of a protester late Tuesday south of the capital.

Main roads across Lebanon were closed yesterday in fresh protests after President Michel Aoun angered demonstrators by urging them to end their revolt against corruption among the country's ruling elite. "Aoun ignites the intifada [uprising]," ran the front page headline in the daily Ennahar newspaper.

In his interview, Aoun indicated there was no breakthrough in talks over forming a new government to replace Saad al-Hariri's coalition cabinet. Hariri, who quit on Oct. 29, was hesitant about being prime minister again, he said. Aoun also said a purely technocratic government, as demanded by many protesters, would not be able to govern Lebanon and so it should include politicians. Addressing the protesters in his interview, he said, "If you continue in this way, you will strike Lebanon and your interests... If they keep going, there is a catastrophe. If they stop, there is still room for (us) to fix things."

Political wrangling between rival groups has so far delayed the formation of a new government thus plunging the country into further political and economic turmoil. Prime Minister Saad al-Hariri, who is aligned with Western and Gulf Arab states, continues in a caretaker capacity until the formation of a new government. Hariri, who is aligned with Western and Gulf Arab states, wants to be prime minister of a technocratic cabinet that he believes would be better placed to secure urgently needed international financial support, political sources have said. But the heavily armed group Hezbollah and its ally Amal believe Hariri aims mainly to keep Hezbollah out of government, a senior source familiar with the two Shiite groups' view said on Sunday. Iran-backed Hezbollah is classified as a terrorist group by the U.S. On Monday, its leader said talks were continuing over the new government and Hezbollah wanted to leave open the way for an agreement. The prime minister must be a Sunni Muslim under the Lebanese sectarian system of government and President Michel Aoun must designate the politicians with most support among lawmakers. Aoun, a Maronite Christian allied to the powerful, Iran-backed Shiite group Hezbollah, has yet to begin the formal consultations with MPs to designate the next prime minister.