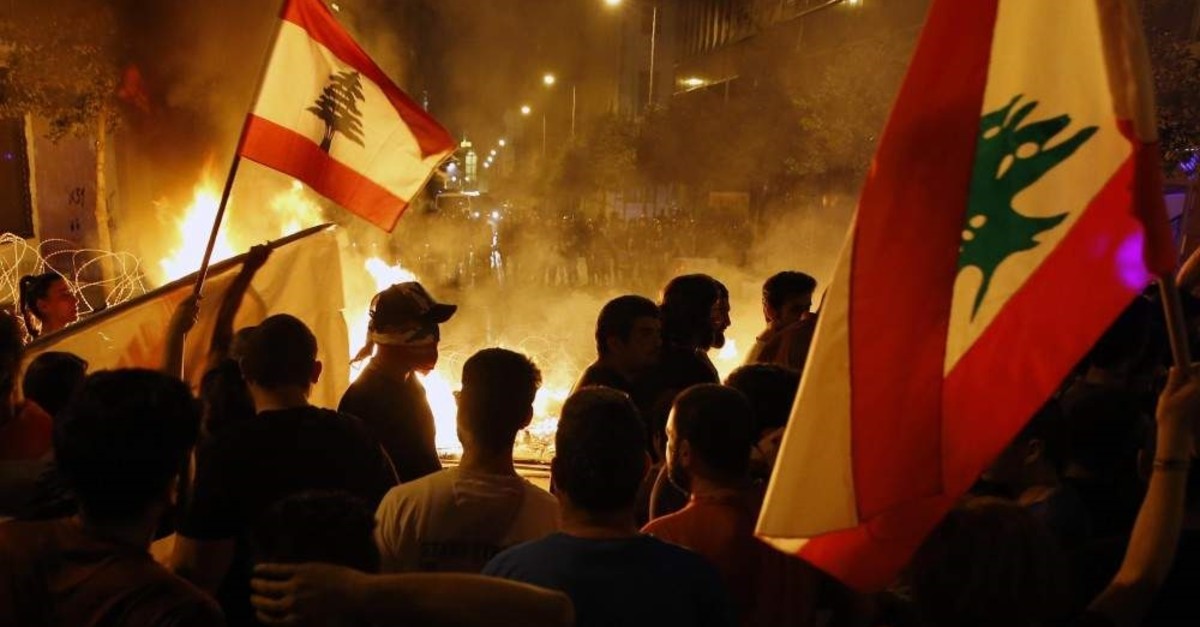 Lebanese protesters blocked progress toward a new government as discontent with the political elite continues; the failure to designate a new prime minister is emblematic of the failed political system

Lebanon slid further into turmoil as anger among protesters mounted on Friday when three major Lebanese parties agreed to nominate Mohammad Safadi, the former finance minister, to the position of prime minister, suggesting progress towards a new government at a time of acute economic crisis. Demonstrators in Tripoli wasted no time in rejecting Safadi, however, gathering in front of one of President Michel Aoun’s properties to protest against the provocative nomination.

The consensus on Safadi emerged in a meeting late on Thursday between Hariri, a leading Sunni politician aligned with Western and Gulf states, and representatives of the Iran-backed Shiite group Hezbollah and its Shiite ally Amal. A source familiar with the meeting said Hariri had expressed no objections to Safadi's nomination, adding that MPs from Hariri's Future Movement would nominate Safadi in a formal process expected to begin soon.

One month after the start of nationwide protests, Lebanon is in serious political and economic trouble with no indication of its leaders agreeing on a new government to replace the outgoing government of Saad al-Hariri, who quit as premier on Oct. 29. Despite the magnitude of the economic crisis, the biggest since the war, leaders have not yet been able to agree a new cabinet or to tackle the grievances of demonstrators who say Lebanon has been ruined by corruption and sectarian cronyism. Although the protests have been overwhelmingly peaceful, a protester was shot dead in an altercation with soldiers on Tuesday. Caretaker Defense Minister Elias Bou Saab said tensions on the street and road closures "have reminded us of the civil war, what happened in 1975. And this situation is very dangerous." Protesters, who have remained on the streets, are demanding more and continue calling for the overthrow of the political class that has dominated the country since its 1975-1990 civil war.

Political wrangling between rival groups has so far delayed the formation of a new government, thus plunging the country into further political and economic turmoil. Prime Minister Hariri, who is aligned with Western and Gulf Arab states, continues in a caretaker capacity until the formation of a new government. Hariri wants to be prime minister of a technocratic cabinet that he believes would be better placed to secure urgently needed international financial support, political sources have said. But Hezbollah and its ally Amal believe Hariri aims mainly to keep Hezbollah out of government, a senior source familiar with the two Shiite groups’ view said last Sunday. On Monday, its leader said talks were continuing over the new government and Hezbollah wanted to leave open the way for an agreement. The prime minister must be a Sunni Muslim under the Lebanese sectarian system of government and President Aoun must designate the politicians with most support among lawmakers. Aoun, a Maronite Christian allied to Hezbollah, has yet to begin the formal consultations with MPs to designate the next prime minister.