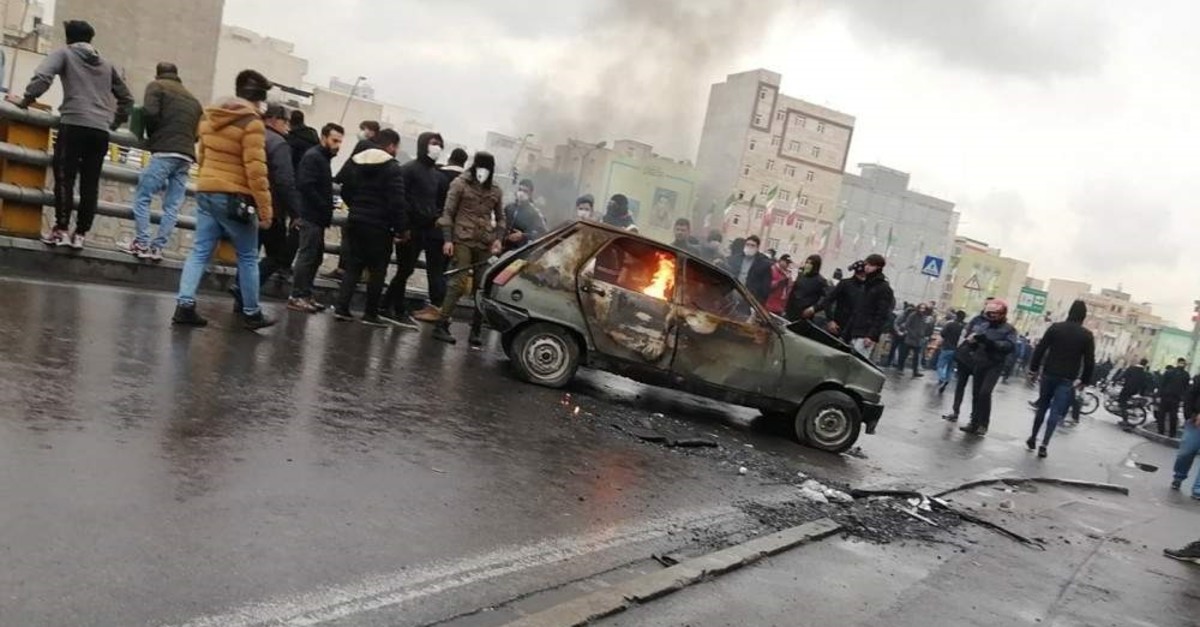 After the Iranian government raised oil prices by 50%, thousands of people took to the streets to protest the government. Blocking the roads and attempting to prevent security forces from entering certain neighborhoods, the protesters clashed with the police. Reportedly, the police did not refrain from using live bullets, killing at least one person. The Iranian regime has been facing challenges and protests in Iraq and Lebanon. Now, the demonstrations at home will likely continue for some time.

Iran is struggling under sanctions. The oil prices are on the up since the U.S.-imposed sanctions are ruining the country’s economy. However, the unchanging stance of the regime in regional politics, which is under the great influence of the Supreme Leader Ayatollah Ali Khamenei, makes everything difficult for Iran. The country has witnessed mass protests almost every year. Last year and the year before, Iranians were on the streets for similar reasons. In the end, their slogans are targeting the country’s foreign policy.

For instance, last year in January, protesters' slogans revealed displeasure with Iran's activities in Syria and aid to the Lebanese-based group Hezbollah, as Tehran's direct involvement in the six-year-old war became a considerable burden on its economy. Demonstrators also sought freedom for political prisoners, some of whom may face death sentences. These people were observed to link the economic problems directly to Iran's expansionist ambitions as one of the popular slogans at demonstrations was “Leave Syria, look at Iran.”

Now, this year, protesters’ slogans are not really different. In videos circulating on social media, protesters are seen chanting slogans against Iran’s policies and the Ayatollah. Being aware of the fact that the protesting crowds are not happy with his supreme leadership, Khamanei blamed the country’s enemies without a second thought. “Some people are no doubt worried by this decision... but sabotage and arson are done by hooligans, not our people. The counterrevolution and Iran's enemies have always supported sabotage and breaches of security and continue to do so,” he said.

However, the facts were different because people are angry. For instance, looking at the change in the fuel prices, The Associated Press (AP) reported the following: “Gasoline in the country still remains among the cheapest in the world, with the new prices jumping up to a minimum of 15,000 rials per liter of gas – 50% up from the day before. That’s 13 cents a liter, or about 50 cents a gallon.” It is true that the price was cheap, but Iranians think that their savings were melted after the sanctions as a result of which the rial lost significant value against the U.S. dollar, curbing the country's purchasing power.