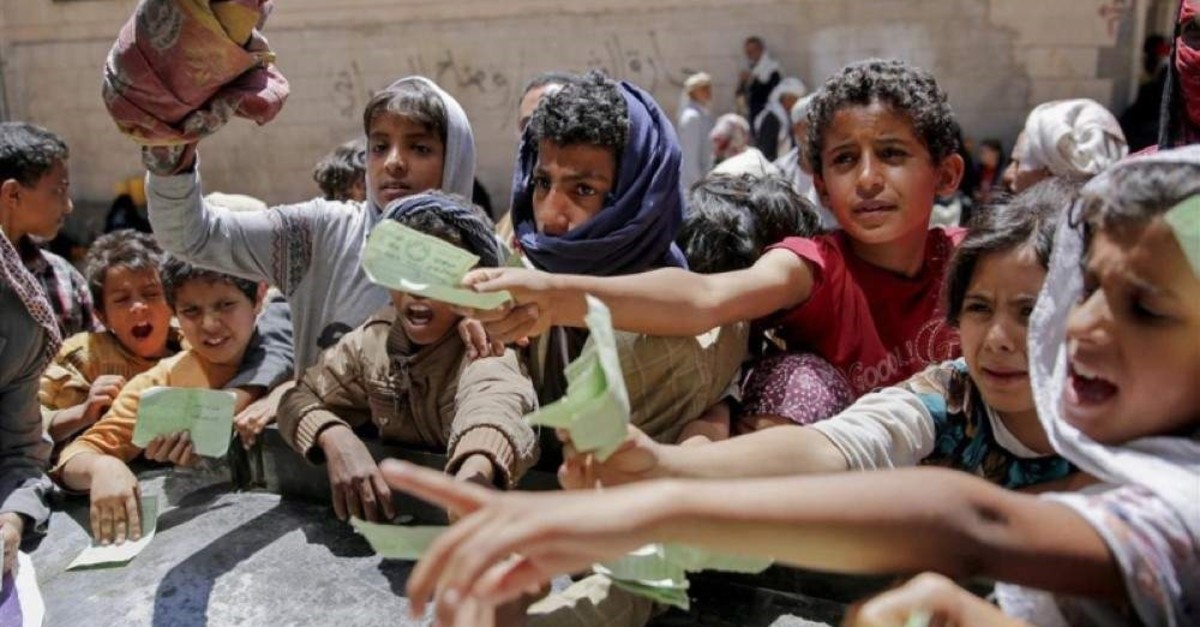 At least 12 million children in war-battered Yemen are in need of urgent humanitarian aid, the U.N.’s children's agency UNICEF said on Tuesday.

"Despite the historic gains made for children since the adoption of the Children's Convention on the Rights of 30 years by the U.N. General Assembly, Yemen remains among the worst countries for children in the world," said Sarah Bisolo, UNICEF’s representative in Yemen.

"The continuing bloody conflict and the result of the economic crisis have put basic social services systems across the country on the brink of collapse with far-reaching consequences for children," Bisolo said.

"Those who are responsible - including the Yemeni authorities - have not fulfilled their promises and commitments toward children," she added.

Yemen has been beset by violence and chaos since 2014, when Houthi rebels overran much of the country, including the capital Sanaa.

Since then, tens of thousands of Yemenis, including numerous civilians, have been killed in the conflict, according to the United Nations.

The ongoing war has resulted in the worst humanitarian crisis in the world, with an estimated 24 million people, close to 80% of the population, in need of assistance and protection in Yemen, the U.N. reports.

The Saudi-led coalition is continuing to target residential areas, with the latest U.N. reports showing that 729 Yemeni children were killed or injured during 2018.

Save the Children reported in March that 37 Yemeni children a month had been killed or injured by foreign bombs in the last year. Many atrocities have been reported so far, which have revealed multiple violations of human rights.