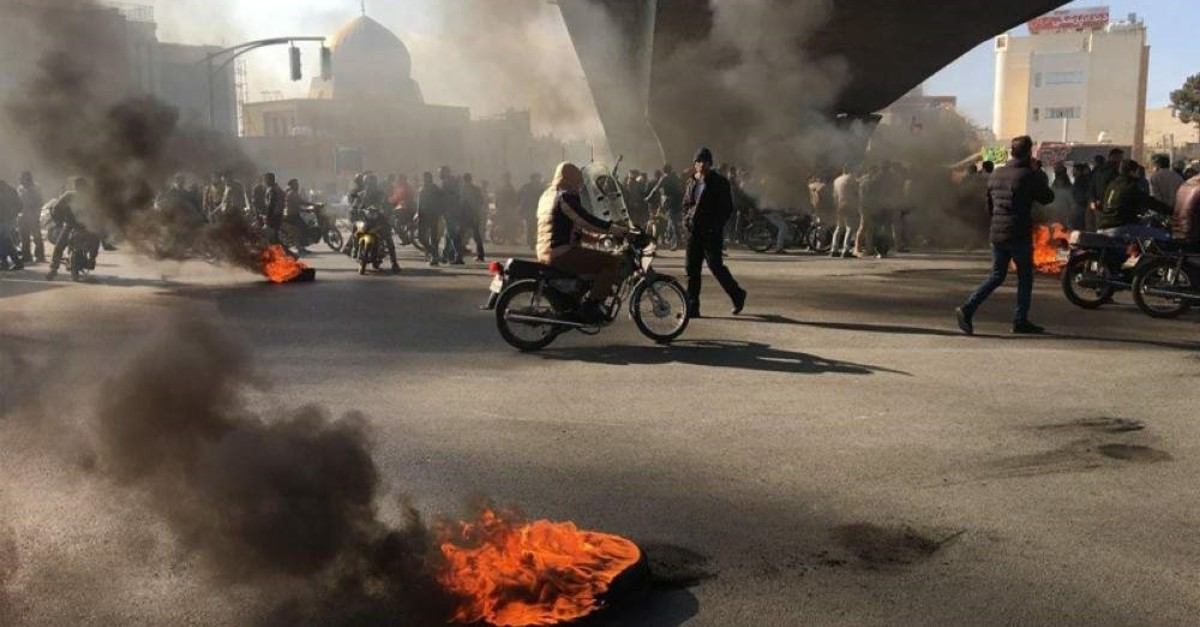 Iranian protesters burn tires during a demonstration against an increase in gasoline prices in the central city of Isfahan, Nov. 16, 2019. (AFP Photo)
by Compiled from Wire Services Nov 19, 2019 8:11 pm

At least 106 people have been killed in 21 cities across Iran during protests that broke out over fuel prices rises last week, Amnesty International said on Tuesday.

"The organization believes that the real death toll may be much higher, with some reports suggesting as many as 200 have been killed," Amnesty said in a statement, citing "credible reports."

Iran’s government, which has not made nationwide numbers available for the toll of the unrest that began Sunday, did not immediately respond to the report.

A hard-line newspaper in Iran is suggesting that those who led violent protests will be executed by hanging as the unrest continues.

The article published Tuesday in the Keyhan newspaper cited reports, saying "that the judiciary considers execution by hanging for the riot leaders a definite punishment.” It did not elaborate further.

Since Sunday Iran has shut down the internet and deployed police and anti-riot forces to quell the unrest. Demonstrations are believed to still be going on across the country.

It remains difficult to know the scale of the demonstrations. Iran shut down the internet on Saturday, stopping protesters from sharing information and their videos online.