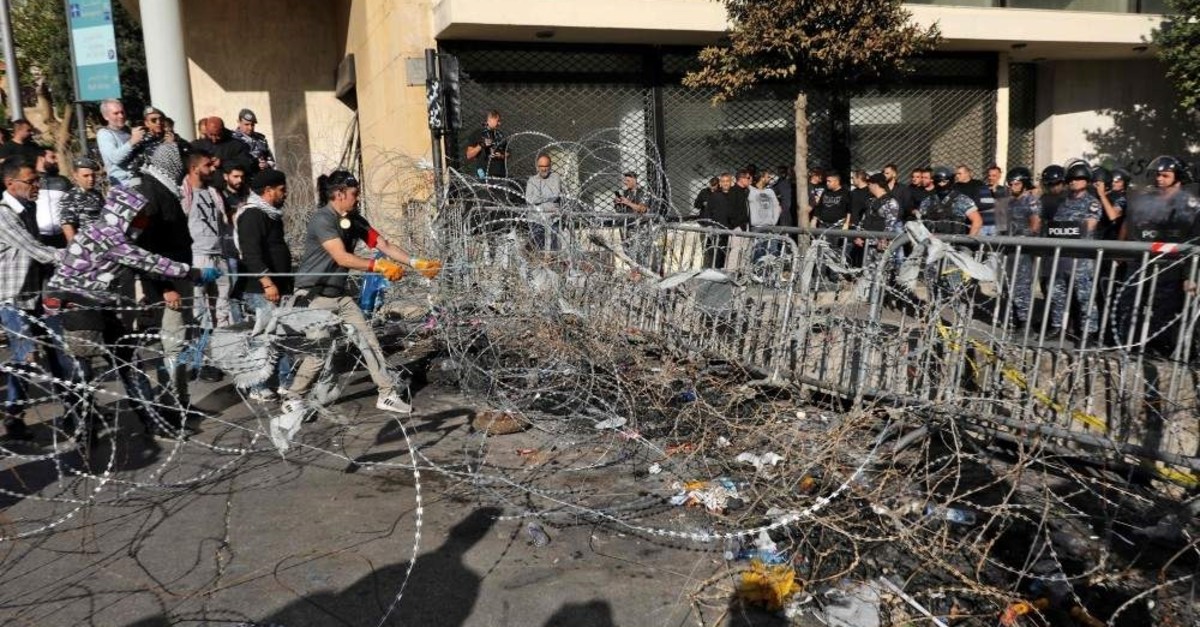 Lebanese protesters use cables to bring down security barriers along a road leading to the parliament headquarters, Beirut, Nov. 19, 2019. (AFP Photo)
by Compiled from Wire Services Nov 19, 2019 5:14 pm

Thousands of protesters rallying against the Lebanese political elite blocked roads in central Beirut yesterday, preventing lawmakers from reaching the parliament and forcing the postponement of a legislative session. The session had been scheduled despite the country still remaining without a Cabinet following the prime minister’s resignation amid unprecedented demonstrations that have gripped Lebanon since mid-October.

The protesters scuffled with riot police as they closed all roads leading to the parliament building in Beirut. "Revolution, revolution," chanted the protesters, punching the air with their fists and waving Lebanese flags, in the latest rally in over a month of street protests, as reported by Agence France-Presse (AFP). "This parliament is ours," chanted one woman through a megaphone as others banged pots and pans. The protesters are questioning the constitutionality of a parliament session in the absence of a government. An earlier session last Tuesday was postponed amid the protests.

Prime Minister Saad Hariri resigned his government on Oct. 29 in response to the protests, which erupted over proposed new taxes but have since snowballed into calls for the government to resign and for the entire political elite that has ruled Lebanon since the end of its 1975-90 civil war to step aside. The political deadlock comes as Lebanon is passing through its worst economic and financial crisis in decades. The country, which suffers from widespread corruption, has one of the highest debts in the world, standing at $86 billion, or 150% of the GDP.