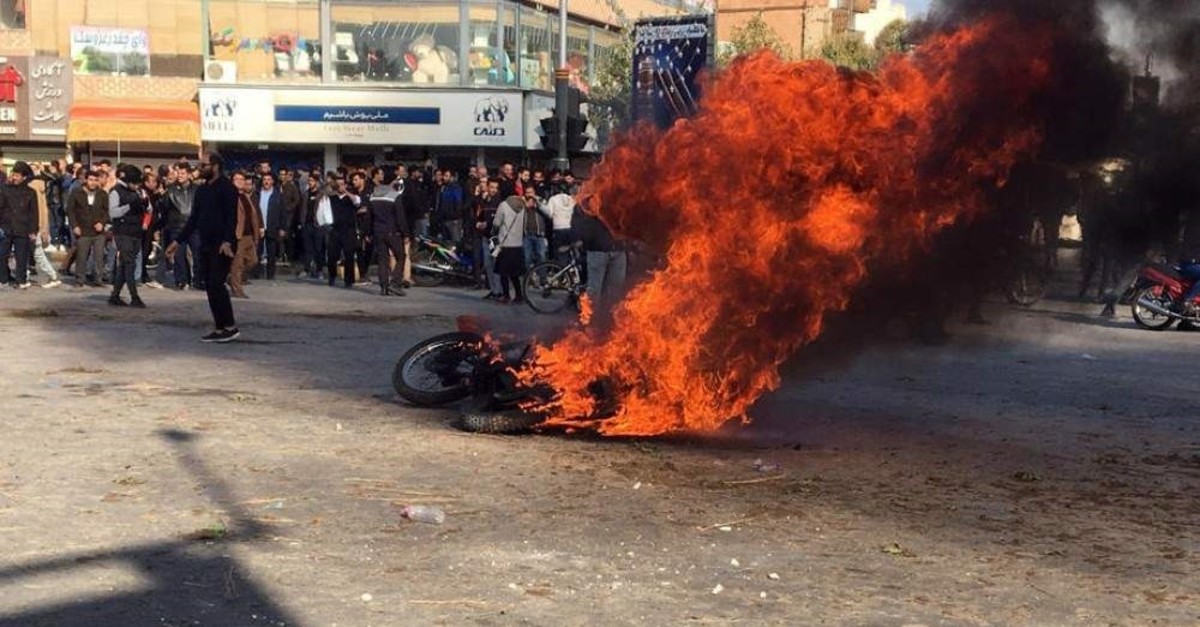 Nine people have died in Iran's countrywide protests against higher fuel prices that broke out late last week, Iranian media reported yesterday. The fatalities include four demonstrators, three members of the Revolutionary Guards and two police officers, according to several state-controlled media outlets.
Authorities had previously acknowledged the deaths of two officers and one demonstrator. It is the worst violence since at least 25 lives were lost in protests over economic hardship that started in Iran's second-largest city Mashhad in December 2017 before spreading to other urban centers.
Around 1,000 protesters have been arrested since Friday when Iran's government announced it was raising fuel prices amid a deep economic crisis triggered by U.S. sanctions. The internet outage has stemmed the flow of videos shared on social media of protests or associated acts of violence. "National connectivity remains at just 5% of normal levels, leaving Iranians cut off from the world," tweeted Netblocks, a website that monitors global net shutdowns.

The Iranian government said yesterday it will unblock the internet only when authorities are sure it will not be abused during violent demonstrations against a petrol price hike. The Islamic republic has been largely offline since the internet restrictions were imposed the day after the nationwide demonstrations broke out on Friday. "Many professions and banks ... have faced problems, and we have been trying to solve this," government spokesman Ali Rabiei said, quoted by semi-official news agency ISNA.
"The internet will come back gradually in some provinces where there are assurances the internet will not be abused," he said. "We understand that people have faced difficulties ... but the bigger concern under the current circumstances is maintaining the country's peace and stability."

The demonstrations erupted after it was announced the price of petrol would be raised by 50% for the first 60 liters purchased over a month and 200% for any extra fuel after that. Iran's economy has been battered since May last year when President Donald Trump unilaterally withdrew the U.S. from a 2015 nuclear agreement and reimposed crippling sanctions.