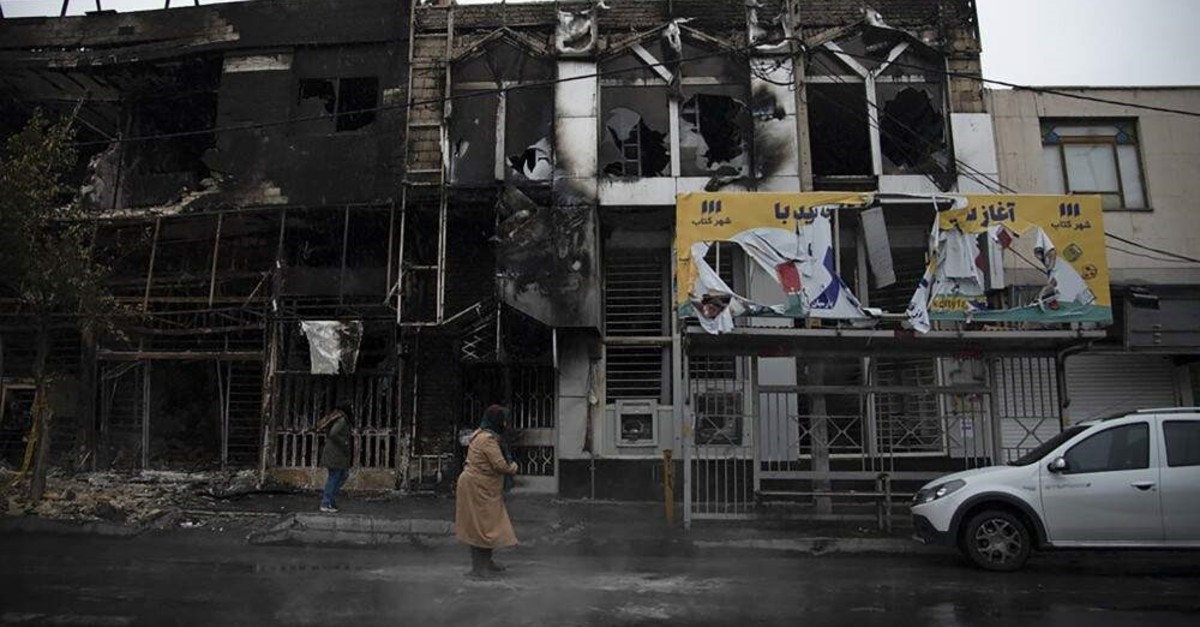 The protests in Iraq, Lebanon and Iran which started off against worsening economic conditions, before quickly turning into anti-Iranian demonstrations, show that the peoples of the region are unhappy with sectarianism

Since the beginning of the Arab Spring in 2011, Iran has returned to regional politics as a major player, but is as manipulative as ever. While its main physical presence is observed in Syria and Iraq, it is involved in the war in Yemen and in Lebanese politics. However, Iraq and Lebanon have been rocked by anti-Iranian protests in recent months. Iranians have also taken to the streets against their own regime. This brings up the question of whether Iran will be retreating from the scene.

Although difficult to answer, it is obvious that Iran’s policy, which instrumentalizes sectarian differences in the Middle East does not work. Iran has sent thousands of troops to Syria since the war broke out in 2011. It has also backed Shiite groups like Hezbollah for a long time. Playing the sectarianism card to keep relations tight with Shiite minorities and armed groups around the world, Tehran has gone into a deadly war against civilians in Syria and Iraq. It has given unconditional support to Hashdi al-Shaabi militants, who are infamous for their brutal acts against Iraq's civil Sunni citizens. Iran has also been promoting Shiite Islam in Africa and Asia to create its own communities, as has happened in Nigeria. While the world is focused on Iran's activities in Iraq, Syria and Yemen, primarily, the country has been busy galvanizing its relations with Shiite communities, not only in the Middle East but also in Africa and even in Latin America.

Iran uses sectarianism as an instrument to establish its political influence, which is followed by economic gains. But recent protests clearly show that Middle Eastern peoples are fed up with Iranian intervention. Demonstrators in Iraq, who were, in the beginning, in the streets to protests against unemployment, lack of infrastructure or energy shortages, have started, in a short time, chanting slogans against Iran.
For instance, last week, when the Iraqi national football team beat Iran, thousands of people went crazy with joy. Even a victory in a football match became a means of expressing anger against Iran. Similarly, in Lebanon, people are in the streets. Initially, they were protesting a new tax, which would be imposed on the use of social media applications for communication. But, in a very short time, it turned out that people’s anger was against Iran, since they consider Tehran’s policies as a way of disturbing their welfare.

Iranians are not exceptions to those unhappy with Tehran’s policies. After the Iranian government raised the fuel prices by 50%, thousands of protesters took up the streets to protest the government. Blocking roads and attempting to prevent the security forces from entering certain neighborhoods, the protesters clashed with the police.
Reportedly, the police did not refrain from using live bullets, killing more than 100 people. U.S. sanctions have already deteriorated the economic situation. But Iran’s trans-border activities also increase the burden on the country’s economy.

It is not clear yet what kind of direction the protests in Iraq, Lebanon and Iran will take. However, there is a growing anti-sectarian sentiment among the peoples of the region, as seen in both Iraq and Lebanon, where Sunnis and Shiites are protesting together.