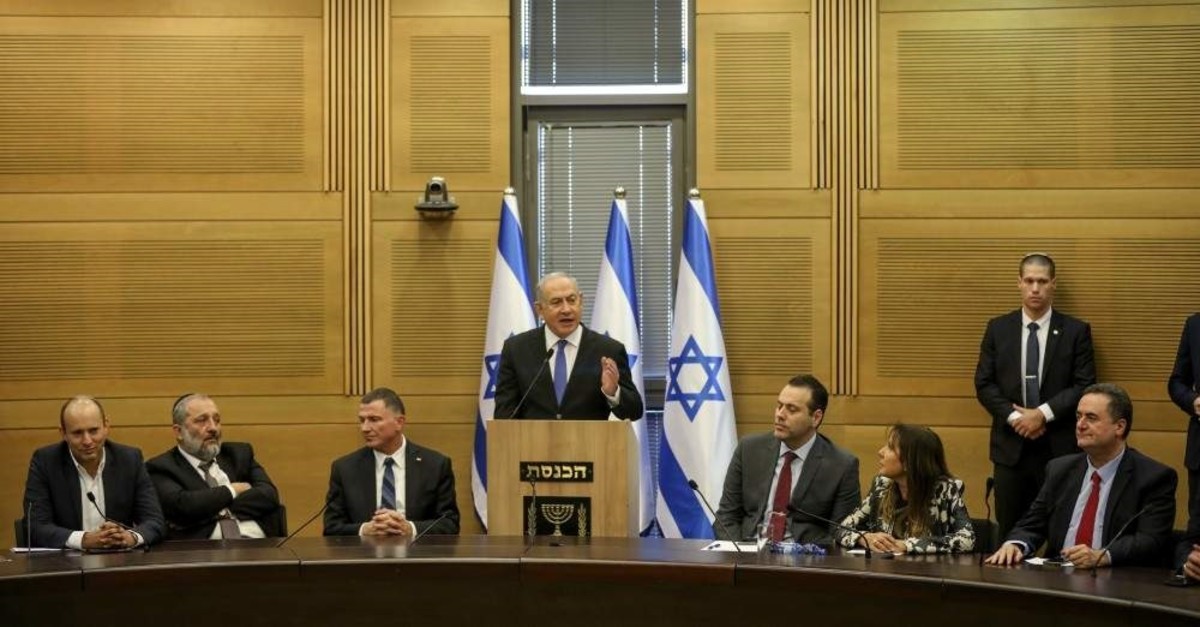 Israel's President Reuven Rivlin tasked parliament yesterday with finding a new prime minister, to avoid fresh elections after incumbent Benjamin Netanyahu and rival Benny Gantz both failed to form a government. "Starting today and for 21 days the decision of who to task with forming the government is in the hands of the members of the Knesset [parliament]," Rivlin said, a day after Gantz had admitted he would be unable to build a governing coalition.

For the first time in Israeli history, the country’s ceremonial president has announced that no candidate has been able to form a government. The country's political system has been in stasis since late 2018, with two elections producing inconclusive results.

Centrist Gantz and right-wing incumbent premier Netanyahu had each been given four weeks to form a coalition by Rivlin after the second polls in September left them near neck-and-neck. Likud leader Netanyahu attempted and failed first, with Gantz, head of the Blue and White party, admitting defeat late Wednesday.

Rivlin will now give the country's 120-member Knesset, or parliament, 21 days to find a candidate who can command a majority in the deeply divided legislature. Netanyahu, Gantz or any other sitting lawmaker can hypothetically present the backing of a majority of parliament’s 120 members in the coming weeks. But given the prolonged stalemate and unsuccessful mediation efforts it increasingly appears the country is headed toward an unprecedented third election in less than a year.

Despite having failed in previous attempts, both Netanyahu and Gantz could be nominated. If a candidate receives the backing of at least 61 MPs, they will have a further two weeks to form a government. But if no candidate can gain the necessary support by Dec. 11, the country will hold its third elections within 12 months early in 2020. Netanyahu, who has been premier since 2009 but is fighting a series of corruption allegations, remains in power in an interim capacity. The country's attorney general could announce his decision on Netanyahu's cases in the coming weeks.