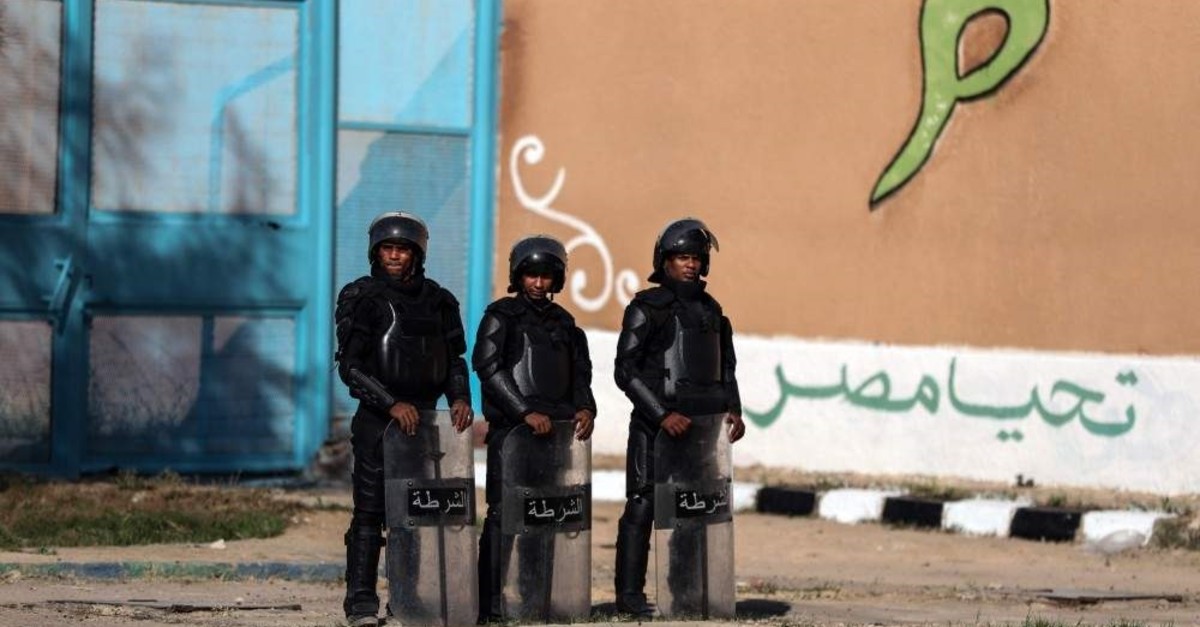 Policemen standing guard at Borg el-Arab prison near Alexandria, Egypt, Nov. 20, 2019. (AFP Photo)
by Associated Press Nov 21, 2019 9:47 pm
Amnesty International alleges the daughter of a senior leader of the Muslim Brotherhood group has been tortured and denied medical treatment in an Egyptian prison.

The London-based rights group released a statement Thursday deploring "inhumane" and "abusive" conditions under which Aisha el-Shater has been detained since her arrest in November 2018.

The statement adds the 39-year-old suffers from a rare blood disease that requires immediate hospitalization.

Aisha is daughter of Khairat el-Shater, long seen as the Brotherhood's most powerful leader. He has been jailed since 2013 after the military coup against Egypt's first and only democratically elected president Mohamed Morsi.

The group says that Aisha has been subjected to severe beating and electric shocks while in detention.

Egypt has witnessed an unprecedented crackdown on dissent since President Abdel-Fattah el-Sissi came to power in 2014. Egyptian authorities have launched a relentless crackdown on dissent, killing hundreds of his supporters and sending thousands to prison for inciting violence. Activists consider the repression the worst in Egypt's modern history.
RELATED TOPICS