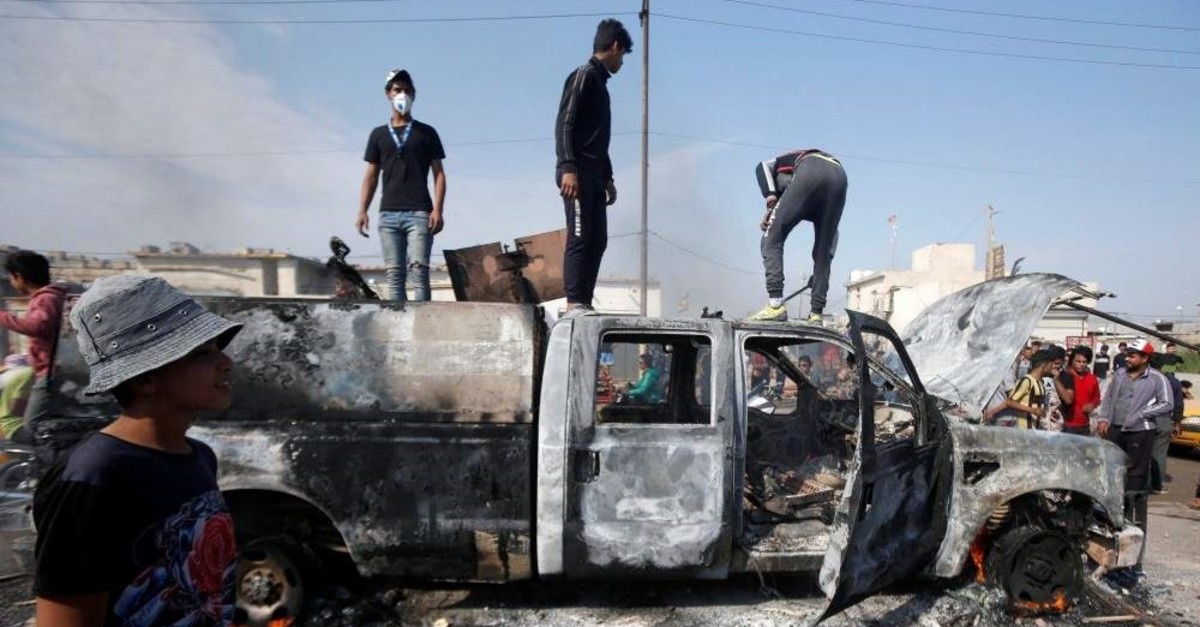 Protests and deadly clashes with security forces continue in Iraq, despite cessation efforts by the central government. Starting as a protest against high unemployment rates, energy shortages and corruption, the protests have since transformed into anti-Iranian demonstrations. Protesters hold Iran responsible for the deterioration of the country’s economy and for interfering in its domestic issues. There are strong claims that Iranian-backed militias are involved in the clashes, in some cases allegedly firing directly at people. According to medical sources, at least five people were killed yesterday, as protesters in the southern city of Nasiriyah blockaded main bridges schools and burned tires outside public offices in anger. Access to oil fields around the city were also blocked, while the Shiite Endowment Center, a government body that manages religious sites for the Shiite community, was torched by angry protesters.

Although Iran denies the claims that it was involved in the killing of protesters and has closed the borders for security reasons, according to leaked Iranian documents obtained by the Intercept last week, the Tehran administration is a key player in Iraq’s internal affairs. These documents revealed the full extent of Iran’s influence in Iraq, “detailing years of painstaking work by Iranian spies to co-opt the country’s leaders, pay Iraqi agents working for the Americans to switch sides, and infiltrate every aspect of Iraq’s political, economic and religious life.” Given the fact that Iran has been using the sectarianism card, these protests are important as they are taking place not just in Baghdad but also in heavily-Shiite cities such as Karbala, a site of pilgrimage for the sect as the resting place of the martyred grandson of the Prophet Muhammad, Hussein. Iraqis from all sects are out on the streets, with both Shiites and Sunnis protesting the government and accusing it of becoming a puppet of the Iranian regime.

Sunday's violence came after the unannounced visit of U.S. Vice President Mike Pence to Iraq. Meeting U.S. soldiers in the al-Asad airbase in Anbar province, in the western part of the country, Pence said the U.S. supported the territorial unity of Iraq. He spoke to Iraqi Prime Minister Adel Abdul Mahdi and met the president of the autonomous Kurdish region, Nerchirvan Barzani, in Irbil. A statement from the Iraqi Prime Ministry said: “The phone call addressed the developments in Iraq and the government's reform efforts in response to the protesters' demands.” Pence, in a meeting with reporters said: “We spoke about the unrest that’s been taking place in recent weeks here in Iraq. He assured me that they were working to avoid violence or the kind of oppression we see taking place even as we speak in Iran.” Despite these statements, it was noteworthy that Pence avoided meeting with Mahdi face-to-face.