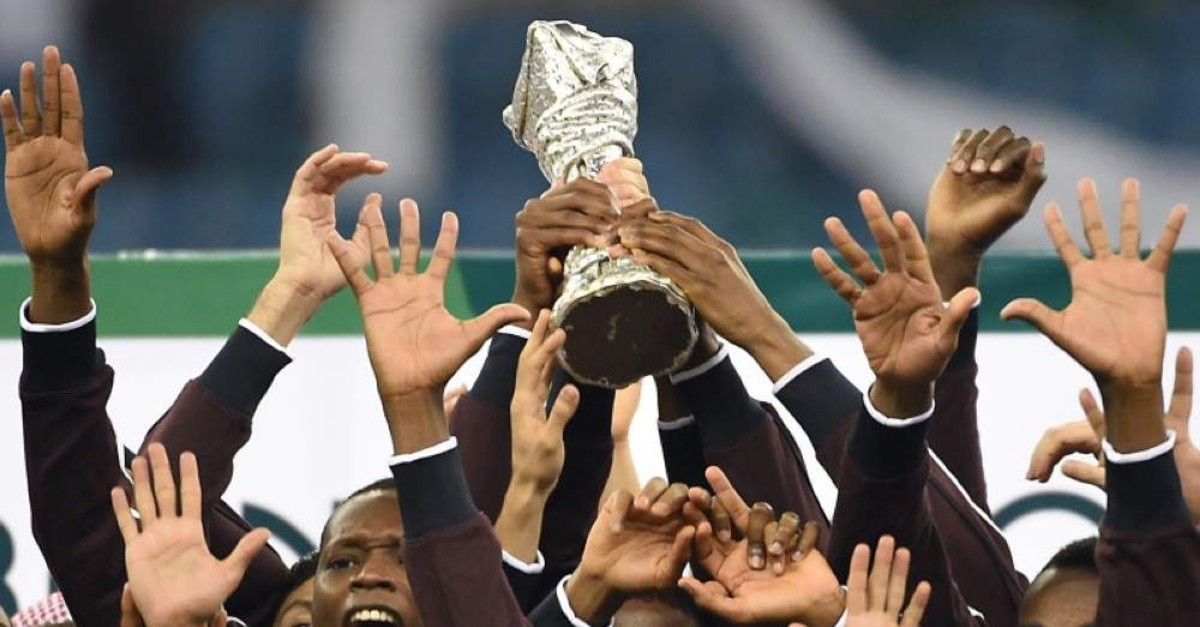 Qatar players celebrate with the Gulf cup trophy after defeating Saudi Arabia 2-1 in the final of the 22nd Gulf Cup football match at the King Fahad stadium in Riyadh, on November 26, 2014. (AFP PHOTO)
by Daily Sabah Nov 25, 2019 5:08 pm

The national football teams of Saudi Arabia and the United Arab Emirates (UAE) arrived in Doha Monday to participate in the Arabian Gulf Cup amid easing regional tensions between the GCC neighbors.

Both teams received an official reception upon their arrival at the Hamad Internation Airport. The UAE and Saudi Arabia will join host Qatar and visitors Iraq, Kuwait, Oman, Bahrain and Yemen for the tournament. While Saudi Arabia plays in Group B alongside Oman, Kuwait and Bahrain, the UAE will face Qatar, Iraq, and Yemen in Group A.

The Saudi and Emirati participation in the tournament signalled a possible easing of the bitter rift between Doha and the Riyadh-led group, which in 2017 imposed bans on shipping, trade, direct flights, overflights and land crossings with Qatar.

The boycotting countries had refused to participate in the previous Gulf Cup two years ago, which was originally scheduled to be held in Qatar just a few months after the crisis erupted.

But they took part when the tournament was subsequently moved to Kuwait.

"(We) officially accepted Saudi Arabia, the United Arab Emirates and Bahrain's participation in the 24th Gulf Cup in Doha at their request," said Jassim al-Shukali, vice president of the Arab Gulf Cup Football Federation (AGCFF) in front of the logos of the Saudi and UAE soccer federations.

The feud between Doha and the Riyadh-led countries grew after Qatar refused their demands to shutter Doha-based broadcaster Al-Jazeera, close a Turkish military base in the emirate and to downgrade diplomatic ties with Iran. The Qatari government said Riyadh’s demands were aimed at pressuring the country to abandon its national decision-making and sovereignty.

While the recent “football diplomacy” has signalled a thaw, it prompted a mixed response from Qataris, with many welcoming the move but calling for an immediate end to the blockade.