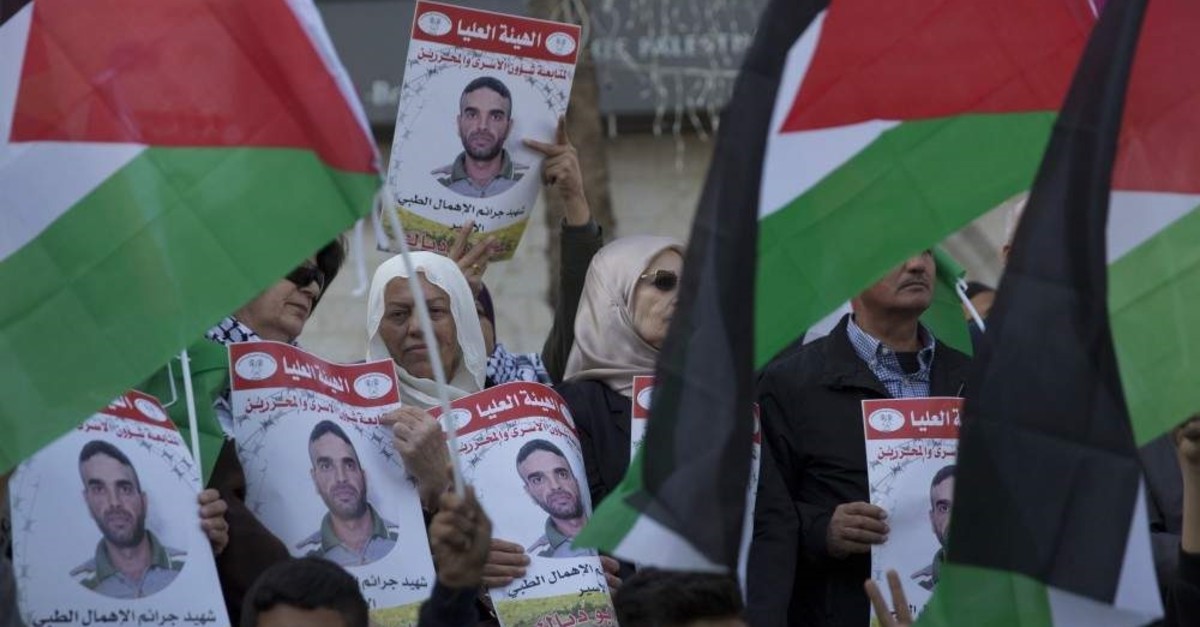 Hundreds of Palestinians demonstrated yesterday across the West Bank to protest the Trump administration’s embrace of a hardline Israeli view on settlements at the expense of the Palestinian quest for statehood. The protests, dubbed a “day of rage” by organizers, are against the U.S. announcement last week that it no longer considers Israeli settlements in the West Bank to be a violation of international law, reversing four decades of American policy.

Around 2,000 people had gathered in the West Bank city of Ramallah by midday, where they set ablaze posters of U.S. President Donald Trump as well as Israeli and American flags. Rallies also took place in Bethlehem and Hebron, with calls to march onward to Israeli checkpoints outside the Palestinian autonomous cities. Ahead of protests, the Israel Defense Forces (IDF) boosted forces in the West Bank and on the Gaza Strip border while issuing its soldiers with strict rules of engagement.

“The biased American policy toward Israel and the American support of the Israeli settlements and the Israeli occupation leaves us with only one option: To go back to resistance,” Mahmoud Aloul, an official with Palestinian President Mahmoud Abbas’ Fatah movement, told the crowd. Demonstrators held signs reading: “Trump to impeachment, (Israeli Prime Minister Benjamin) Netanyahu to jail, the occupation will go and we will remain on our land.”

Israel captured the West Bank and east Jerusalem in the 1967 Mideast war and quickly began settling the newly conquered territory. Today, some 700,000 Israeli settlers live in the two areas, which are both claimed by the Palestinians for their state. U.S. Secretary of State Mike Pompeo had announced that the U.S. was repudiating the 1978 State Department legal opinion that said civilian settlements in the occupied territories are “inconsistent with international law.”

The protests were also set to call for a Palestinian prisoner, Sami Abu Diak’s release. The protests came hours after the death of Abu Diak in Israeli custody following a battle with cancer. Organizers had also called for the demonstrations – planned for before his death – to serve as a show of force calling for his release.

The Palestinian Authority and Abu Diak’s family had asked for his release to allow him to die at his family’s side, but Israeli officials denied the request. The Palestinians also reached out to European countries and the Red Cross to apply pressure on Israel to release him. Previous deaths of terminally ill Palestinian prisoners have sparked protests and accusations of medical negligence by Israeli authorities.

Abu Diak was arrested in 2002, during the second Palestinian intifada, or uprising. The Prison Authority said he had been convicted for killing three people. The Palestinian Prisoners Affairs Commission said tensions were high in Israeli prisons following the death. Wafa carried what it said was the last message from Abu Diyak saying he had wanted to spend his last days with his mother and "die in her arms." A statement from Palestinian President Mahmud Abbas said he held Israel responsible for Abu Diyak's death, alleging he was "subjected to the deliberate medical negligence practiced by (Israeli) occupation authorities toward all prisoners." The Palestinian Prisoners Club said he was the fifth Palestinian to die in Israeli custody in 2019.