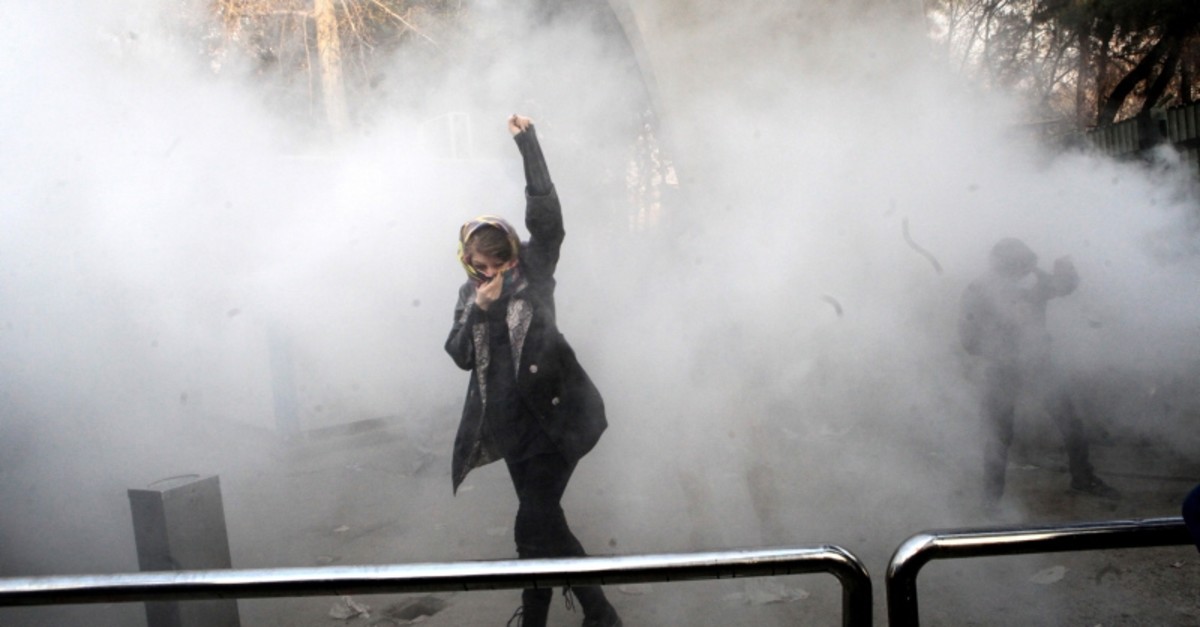 Iranian students clash with riot police during an anti-government protest around the University of Tehran, Iran, 30 December 2017. (EPA Photo)
by Nov 27, 2019 7:05 pm

"These elements had received CIA-funded training in various countries under the cover of becoming citizen-journalists," IRNA quoted the Intelligence Ministry as saying. "Six were arrested while attending the riots and carrying out (CIA) orders and two while trying to ... send information abroad."

Iran later on the same day gave a glimpse into the scale of what may have been the biggest anti-government protests in the 40-year history of the Islamic Republic, with an official saying 200,000 people had taken part and a lawmaker saying 7,000 were arrested.

Supreme Leader Ayatollah Ali Khamenei, in his strongest remarks since the unrest peaked, described the two weeks of violence as the work of a "very dangerous conspiracy".

He also said the unrest, initially sparked by fuel price hikes but which then spiralled, had been completely quelled.

Iran has given no official death toll, but Amnesty International said this week it had documented the deaths of at least 143 protesters. Tehran has rejected this figure.

A number anywhere close to that would make it the deadliest anti-government unrest at least since the authorities put down "Green Revolution" protests that surrounded the disputed 2009 presidential election, and probably since the 1979 Islamic Revolution that toppled the shah and swept clerics to power.

Details of the unrest have been difficult to report from outside Iran, especially after the authorities shut down the internet for a week.

Residents and state media said mobile Internet was restored in the capital Tehran and several other areas on Wednesday, after fixed-line internet was partially reconnected on Monday.