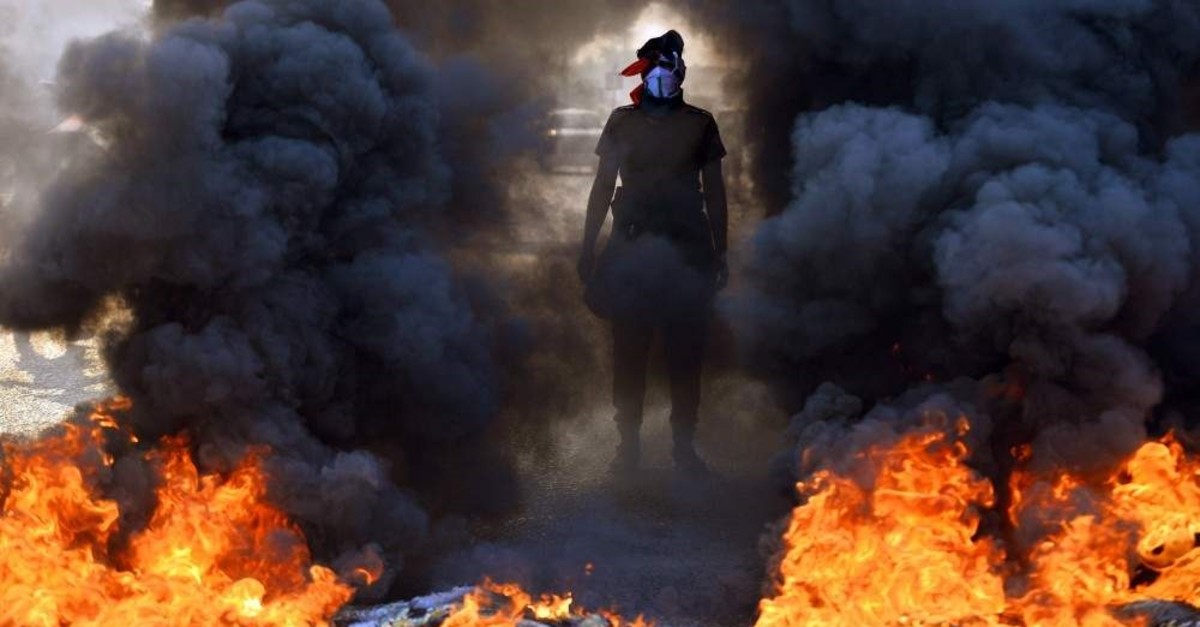 Protesters destroyed the Iranian consulate in the holy city of Najaf in the evening. At least 33 people were wounded when police fired live ammunition to repel them from entering the building, a police official said. Authorities declared curfew in Najaf after the incident. The official spoke on condition of anonymity in line with regulations.

Iranian staff were not harmed and escaped the building from the back door.

The street, which is adjacent to the strategic Ahrar bridge, has been the focus of violence for a full week, with near daily incidents of deaths as a result of security forces using live ammunition and tear gas to repel demonstrators from advancing beyond a concrete barrier. The officials spoke on condition of anonymity in line with regulations.

Demonstrations have raged in Baghdad and across the mostly Shiite southern Iraq since Oct. 1. The protesters accuse the Shiite-led government of being hopelessly corrupt and complain of poor public services and high unemployment. At least 350 people have been killed and thousands wounded in what has become the largest grassroots protest movement in Iraq’s modern history.

Protesters are occupying three key bridges in central Baghdad - Jumhuriya, Ahrar and Sinar - in a standoff with security forces. On Wednesday, they also burned tires on Ahrar Bridge to block security forces from accessing the area.

In Karbala, four protesters were killed by live fire from security forces in the previous 24 hours.

Three of the anti-government protesters were killed when security forces fired live rounds to disperse crowds in the holy city of Karbala late Tuesday, security and medical officials said. One protester died of wounds suffered when a tear gas canister struck him in clashes earlier in the day. The officials spoke on condition of anonymity in line with regulations.

Three simultaneous explosions rocked Baghdad late Tuesday, killing five people and wounding more than a dozen, Iraqi officials said, in the first apparent coordinated attack since anti-government protests erupted. The bombings took place far from Baghdad’s Tahrir Square, the epicenter of weeks of anti-government protests that have posed the biggest security challenge to Iraq since the defeat of the Islamic State group.

Roads between Karbala and Baghdad were blocked by protesters Wednesday. Demonstrators have burned tires and cut access to main roads in several southern provinces in recent days.

In the southern city of Basra, protesters continued to cut major roads to the main Gulf commodities ports in Umm Qasr and Khor al-Zubair, reducing trade activity by 50%, according to port officials who spoke on condition of anonymity because they were not authorized to speak to reporters.