Israel steps up settlement projects in occupied Jerusalem after US move 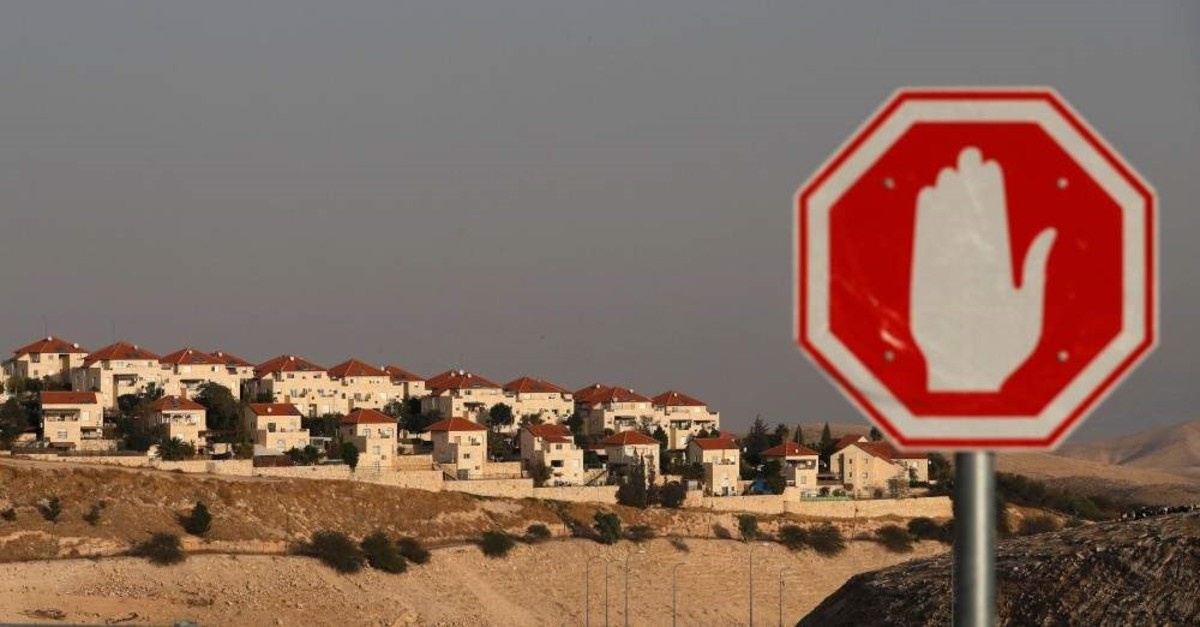 Israel announced on Thursday that it would approve 11,000 illegal housing units in the north of Jerusalem, following a surge of illegal settlements in occupied territories.
The move came just weeks after the U.S. administration’s embrace of a hard-line Israeli view on settlements at the expense of the Palestinian quest for statehood, the latest in a series of U.S.' pro-Israeli moves in the recent years.

The new settlement units would be built over an area of 600 dunams (54,000 square meters) that were owned by Palestinians, in the illegal Atarot industrial settlement in the north of the occupied Jerusalem, as reported by the Middle East Monitor.
According to the Israel Today newspaper, the plan, which was drawn up several years ago, had been put on hold due to “international political pressure against the settlement in the occupied Palestinian territories,” including an objection by former U.S. President Barak Obama.
U.S. Secretary of State Mike Pompeo announced on Nov. 18 that the U.S. was repudiating the 1978 State Department legal opinion. That opinion had been the basis for more than 40 years of carefully worded U.S. opposition to settlement construction that had varied in its tone and strength, depending on the president’s position. President Ronald Reagan, for instance, said settlements were not inherently illegal, though he called them unhelpful and provocative. Other administrations had called them "illegitimate" and "obstacles to peace."

Palestinians have long argued that Israeli settlements could deny them a viable and contiguous state. The international community regards all Israeli settlements in occupied Palestinian territories to be illegal and a major obstacle to peace in the Middle East.
The area, captured by Israel in 1967, is not sovereign Israeli territory and Palestinians are not Israeli citizens and do not have the right to vote. Today, around 215,000 Jews live in east Jerusalem, mostly in built-up areas that Israel considers to be neighborhoods of its capital. Most of east Jerusalem’s 340,000 Palestinian residents are crammed into increasingly overcrowded neighborhoods where there is little room to build.

According to official data obtained by The Associated Press (AP) in September, a spike in Jewish settlement construction in Israeli-annexed east Jerusalem were recorded, along with strong evidence of decades of systematic discrimination illustrated by a huge gap between the number of construction permits granted to Jewish and Palestinian residents.
The data was acquired and analyzed by the Israeli settlement watchdog Peace Now, which says it only obtained the figures after a two-year battle with the municipality. It says the numbers show that while Palestinians make up more than 60% of the population in east Jerusalem, they have received only 30% of the building permits issued since 1991.
Peace Now found that in the first two years of Trump’s presidency, authorities approved 1,861 housing units in east Jerusalem settlements, a 60% increase from the 1,162 approved in the previous two years. The figures show that 1,081 permits for settler housing were issued in 2017 alone, the highest annual number since 2000. A total of 1,233 housing units were approved for Palestinians in 2017 and 2018, according to Peace Now.