Netherlands to join US-led naval mission on Strait of Hormuz 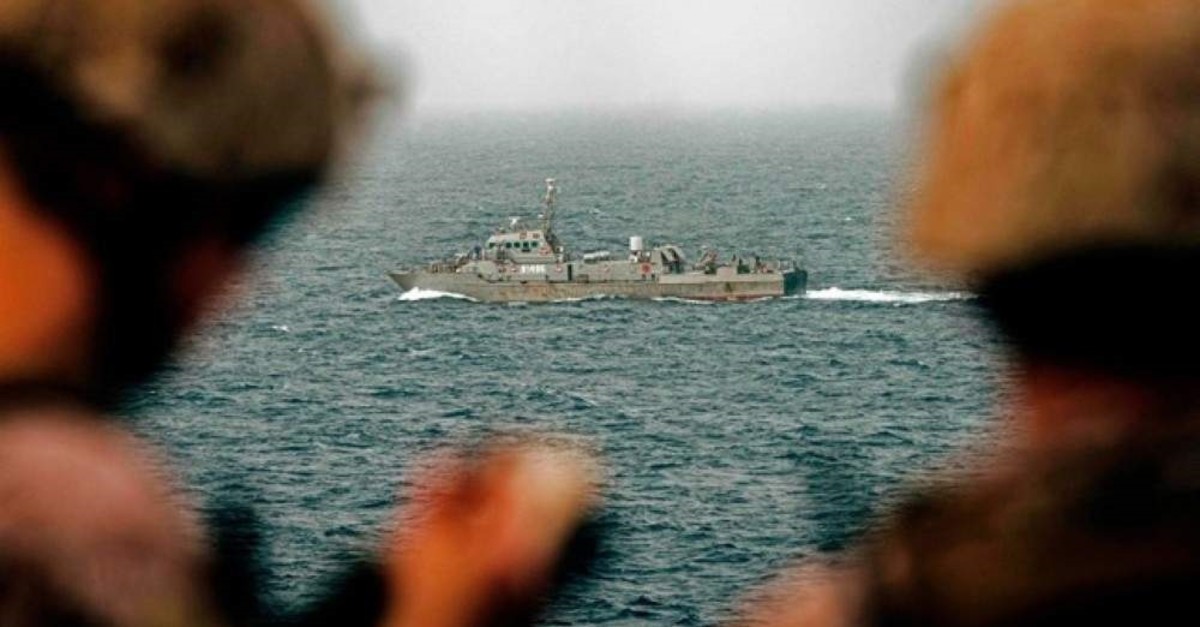 This handout picture taken by the US Navy on August 12, 2019, shows US sailors aboard an amphibious transport dock ship as they keep watch on Iranian fast attack craft in the Strait of Hormuz. (AFP Photo)
by Nov 29, 2019 8:54 pm

The Netherlands will contribute a ship to a French-led naval mission in the Strait of Hormuz for a six-month period starting in January, Dutch news agency ANP said on Monday, citing government sources.

France has pushed for a European security alternative in the Strait of Hormuz after ruling out joining a U.S.-led coalition protecting oil tankers and cargo ships from threats they say Iran poses to shipping in the strategic waterway.

French Defence Minister Florence Parly said on Saturday the initiative could start early next year and around 10 European and non-European governments would join, pending parliamentary approvals. She did not name the countries.

The Dutch government is expected to formally announce its contribution to the French-led mission on Friday, ANP said.

Denmark, Italy and Spain are among countries that have previously expressed interest in joining the French-led initiative.

The European-led maritime force is meant to ensure safe shipping in the Strait after tanker attacks earlier this year that the United States blamed on Iran.

Tehran has denied being behind the attacks on tankers and other vessels in major global shipping lanes off the coast of the United Arab Emirates (UAE) in May that aggravated tensions between the United States, Iran and Gulf Arab states.