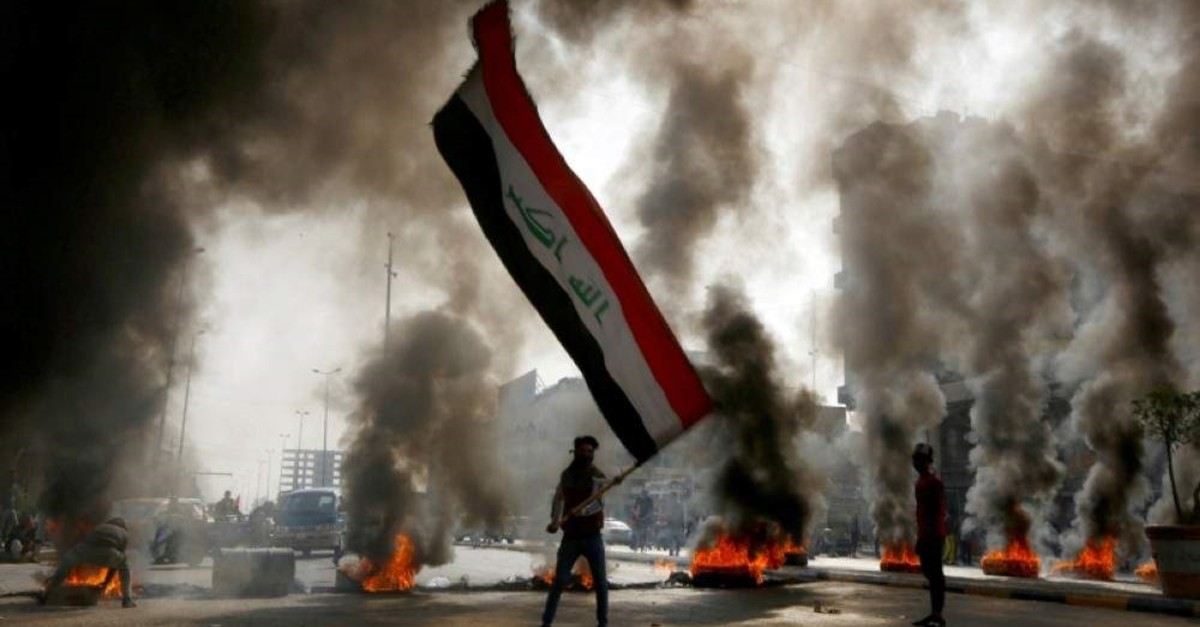 A protester holds an Iraqi flag amid a cloud of smoke from burning tires during ongoing anti-government protests in Najaf, Iraq November 26, 2019. (Reuters Photo)
by Compiled from Wire Services
Dec 01, 2019 9:36 pm

Anti-government protesters have set fire to the Iranian consulate in Iraq's restive city of Najaf for the second time in less than a week, according to police sources. The fire comes amid ongoing unrest in the southern city, witnesses said without providing further details.

Protesters burned down the Iranian consulate in the holy city of Najaf on Wednesday. At least 33 people were wounded when police fired live ammunition to repel them from entering the building, a police official said. Authorities declared a curfew in Najaf after the incident.

The street, which is adjacent to the strategic Ahrar bridge, has been the focus of violence for a full week, with near daily incidents of deaths as a result of security forces using live ammunition and tear gas to repel demonstrators from advancing beyond a concrete barrier.

The country has been rocked by mass protests since early October against poor living conditions and corruption. Protesters' demands later spiraled into calls for dissolving the government of Prime Minister Adel Abdul-Mahdi, who handed in his resignation on Saturday.