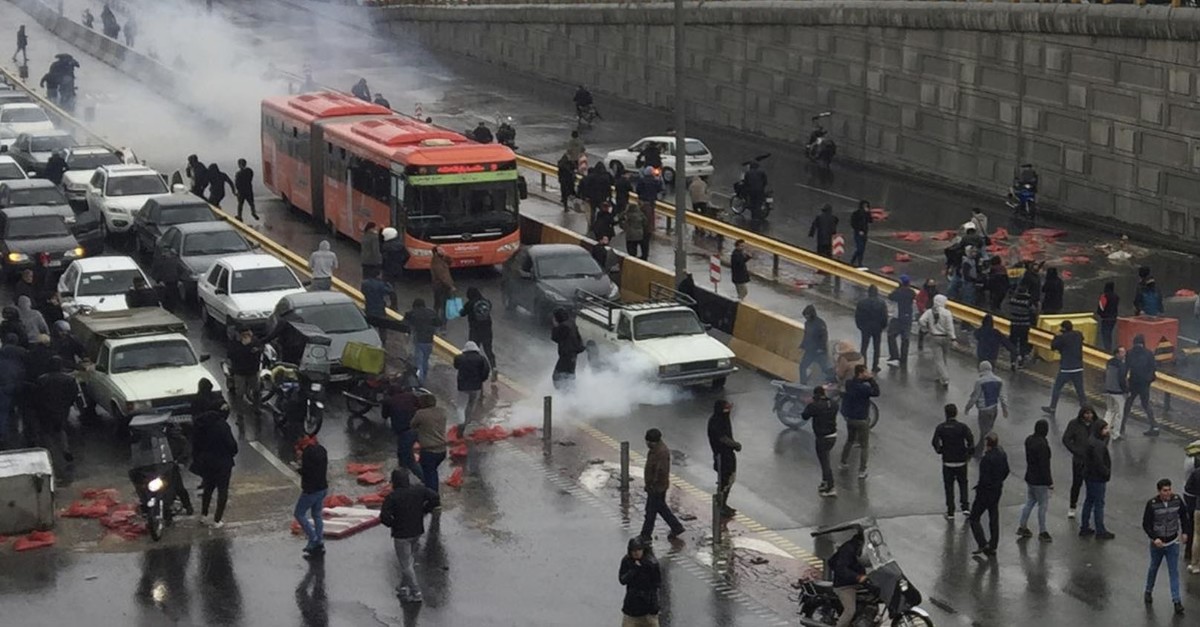 At least 208 people are believed to have been killed during a crackdown on protests in Iran last month that followed a sharp fuel price hike, Amnesty International said Monday.

"The number of people believed to have been killed during demonstrations in Iran that broke out on 15 November has risen to at least 208, based on credible reports received by the organisation," said the rights group, adding that the actual death toll was likely higher.

The new toll ups the number of deaths according to Amnesty by almost 50, with the London-based group saying dozens of deaths were recorded in Shahriar city in Tehran province, "one of the cities with the highest death tolls."

Protests erupted on Nov. 15 after the shock announcement of a fuel price hike of up to 200% but were quickly quashed by authorities who also imposed a weeklong near-total internet blackout.

Philip Luther, Amnesty's research and advocacy head for the Middle East, called the number of deaths "evidence that Iran's security forces went on a horrific killing spree," and called on the international community to ensure those responsible are held accountable.

"The deaths have resulted almost entirely from the use of firearms," Amnesty has said.

Amnesty added that, according to collected information, "families of victims have been threatened and warned not to speak to the media, or to hold funeral ceremonies for their loved ones.

"Some families are also being forced to make extortionate payments to have the bodies of their loved ones returned to them."

Iranian authorities had confirmed five deaths during the unrest.

Speaker of the Iranian parliament, Ali Larijani, did not provide a new official death toll when asked at a news conference broadcast by state news agency IRNA on Sunday.

"That some were injured in the recent incidents or had problems or people's properties were burnt or damaged ... security bodies will certainly follow up and it is their responsibility to do so," he said.

Larijani added that Iran's constitution ensures protesting is a right, but that "the problem is where protests turn into violent behavior and some use firearms and cold weapons."