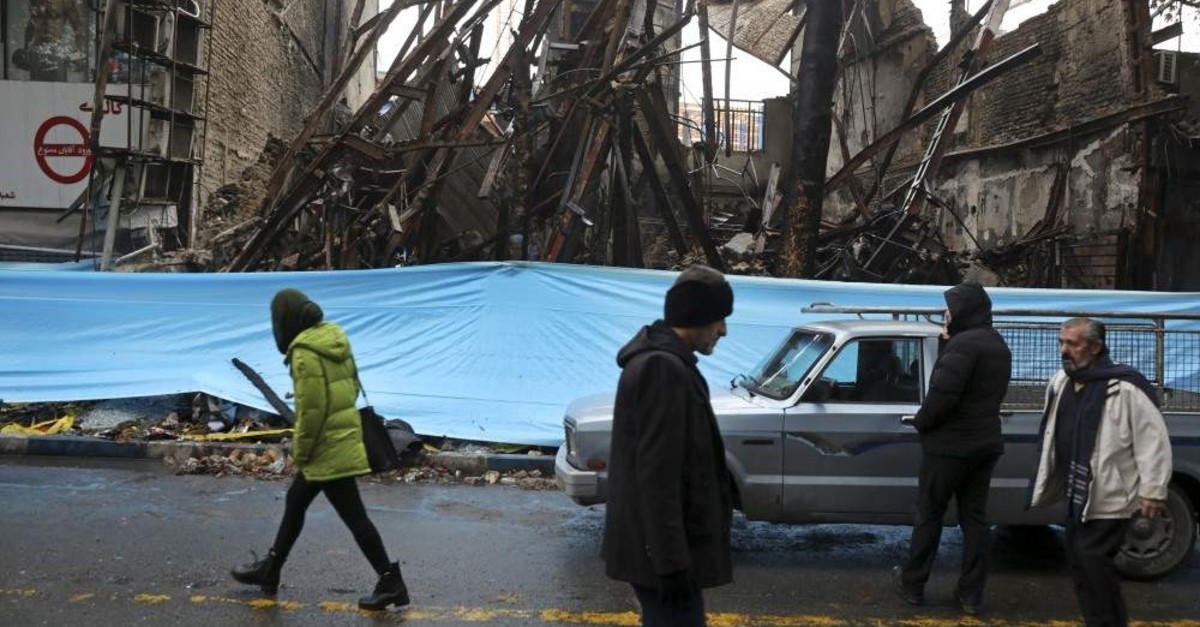 Iran on Tuesday rejected unofficial casualty figures given for street violence that erupted last month during demonstrations while it also accused foreign organizations and media of spreading "propaganda" and being behind the killings.

"I explicitly announce that the numbers and figures that are being given by hostile groups are utter lies and the statistics have serious differences with what they announced," Iran's judiciary spokesman Gholamhossein Esmaili said. "They announced some numbers as well as some names... Their claimed numbers are sheer lies and fabricated," he said, in remarks aired on state television. "The names they have given are also lies," Esmaili said, adding that they included people who were still alive and others who died from natural causes. The authorities have not yet given any overall death toll for the unrest. The Tehran administration said earlier that five people were killed and has announced more than 500 arrests, including some 180 "ringleaders," blaming the unrest on "thugs" backed by outside enemies, including arch foes the U.S., Israel and Saudi Arabia.

The London-based Amnesty International said Monday it believes at least 208 people were killed in the protests and the crackdown that followed. "The number of people believed to have been killed during demonstrations in Iran that broke out on Nov. 15 has risen to at least 208, based on credible reports received by the organization," it said. Amnesty, whose previous death toll was 161, added that the actual number of people killed was likely to have been higher.

The protests are viewed as a reflection of widespread economic discontent gripping the country since the U.S. President Donald Trump reimposed nuclear sanctions on Iran last year. Speaking in London, where he is attending the NATO leaders summit, Trump said the world has to be watching the Iranian government's violent effort to quash protests that he says have killed “thousands of people.” “Iran is killing thousands and thousands of people right now as we speak,” he added.

The protests that broke out across the country from Nov. 15 were ignited by a price hike on fuel, a heavily subsidized commodity in one of OPEC's largest producers, as part of an effort to ease pressure on the sanctions-hit economy. But global insight into the protests and most Iranians' access to those outside the country was quickly cut off when authorities clamped down on internet access, according to NetBlocks, which monitors internet disruptions.

Meanwhile, Iranian state television Tuesday acknowledged for the first time that security forces shot and killed what it described as “rioters” in multiple cities amid recent protests over the spike in government-set gasoline prices.