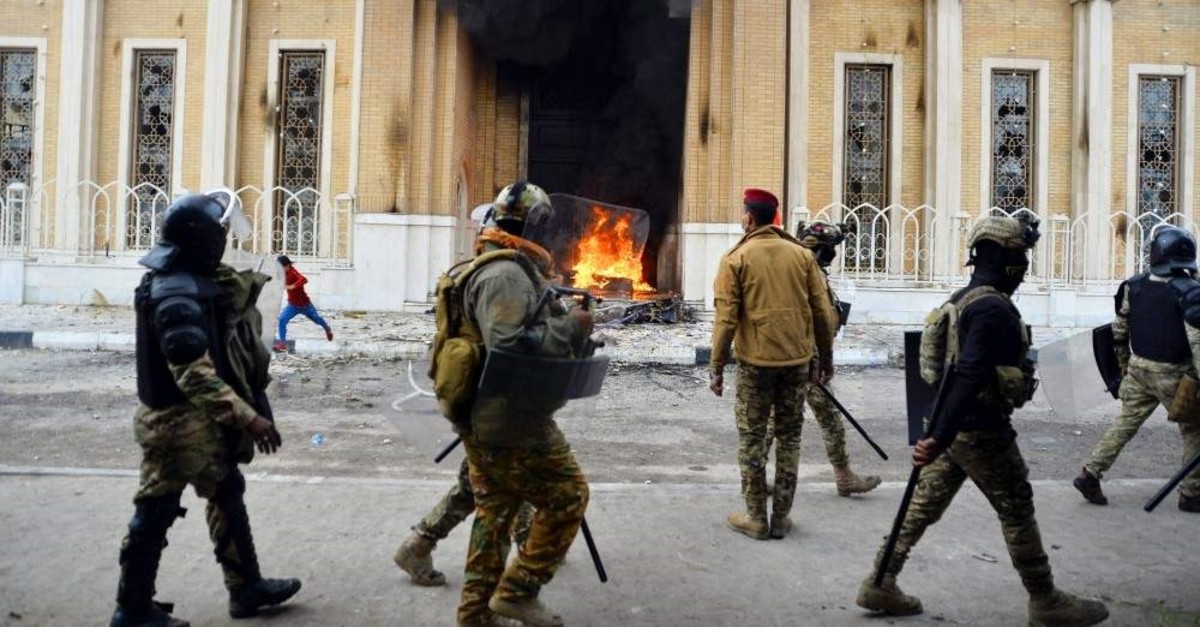 After relative calm following weeks of bloodshed across Iraq, two Shiite shrine cities in the south of the country were shaken by protests, raising concerns of a new outbreak of violence.

In Najaf, the seat of Iraq's Shiite religious leadership, anti-government demonstrators gathered late into the night around the tomb of a cleric who founded a Shiite party, as reported by Agence France-Presse (AFP). Armed men in civilian clothes who were guarding the tomb were seen firing shotguns and tear gas at protesters, but medics could not provide an immediate casualty toll. The shrine is part of a larger complex that has been surrounded for days by demonstrators denouncing the rule of an entrenched political elite.

Najaf has been a flashpoint since protesters torched the Iranian Consulate in the city last Wednesday, accusing Iraq's eastern neighbor of propping up a corrupt government in Baghdad. Around two dozen protesters have died since, and the governor has called on the central government to put an end to the violence. The outgoing Prime Minister Adel Abdul-Mahdi ordered the military to be deployed in several provinces to restore order. However, the restoration of order and imposition of security resulted in a "bloodbath," as Amnesty International termed the latest incidents.

In the shrine city of Karbala, renewed street clashes between protesters and security forces raged late into the night, according to AFP. Riot police fired live rounds and tear gas at the crowds. Protests also continued in other parts of the south against the central government and Iran, whose point man for Iraqi affairs Iranian Revolutionary Guards Commander Maj. Gen. Qasem Soleimani was in Iraq for talks.

For the last two weeks, the center of the protests has not only been Baghdad but also the southern cities, where the Shiite majority lives. Karbala and Najaf have borne the anger of the Iraqis, despite the fact that these cities are accepted as holy sites because the murdered grandson of the Prophet Muhammad, Hussein and some other relatives are buried there.
Iraqis are on the streets regardless of their sect. Both Shiites and Sunnis are protesting the government and accusing it of becoming a puppet of the Iranian regime. According to medical sources, the death toll has reached 400 since the protests began at the beginning of October. Protesters claim that this number is the official one and the real death toll is much higher. The Iraqi government is accused of failing to protect its own people, meet their demands and create balanced relations with Iran.

Prime Minister Abdul-Mahdi announced Friday he would resign after a call by Iraq's top Shiite Muslim cleric, Grand Ayatollah Ali al-Sistani, for Parliament to consider withdrawing its support for his government to stem the violence. Iraqi politicians and their regional allies gathered in Baghdad on Tuesday to discuss a way out of two months of protests that brought down the government. Among those attending the negotiations were two key allies of Iraq's main Shiite parties: Maj. Gen. Qasem Soleimani and Lebanese power broker Mohammad Kawtharany, who is Lebanese militant group Hezbollah's point man on Iraq.

Influential tribal dignitaries also tried to mediate and Tuesday they called on populist cleric Muqtada al-Sadr and his Saraya al-Salam (Peace Brigades) to intervene, according to a statement by Sadr's office. Al-Sadr was a key sponsor of Abdul-Mahdi after having won the lion's share of seats in Parliament in a May 2018 general election. But he backed the protests early on and instructed his fighters to "protect" demonstrators from security forces.