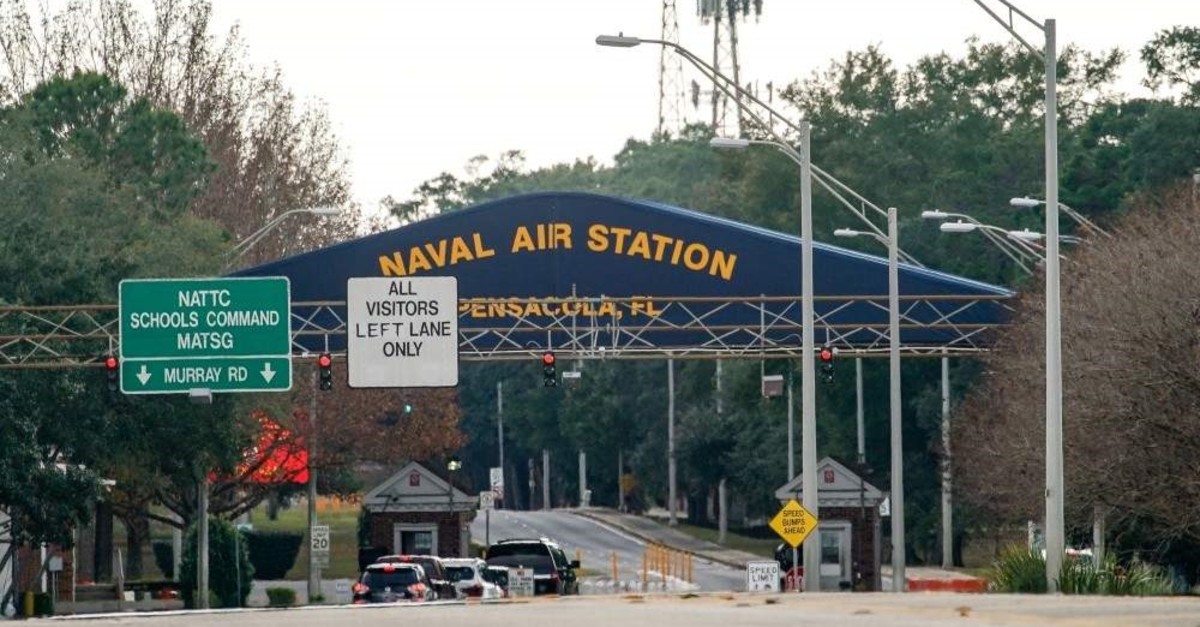 After a Saudi Air Force student's deadly attack at a U.S. Navy base, U.S.-Saudi Arabia relations has come under the spotlight, with some raising parallels to the 9/11 attacks. The shooting marks a setback in the kingdom's efforts to cast off its longstanding reputation for promoting extremism after the Sept. 11, 2001 attacks, in which 15 of the 19 hijackers were Saudis. The al-Qaida-linked hijackers who flew planes into the World Trade Center, Pentagon and Pennsylvania countryside were Saudi citizens who had flight training in the U.S.

The suspected Pensacola shooter, identified by U.S. officials as Mohammed Saeed Alshamrani, was a member of the Saudi Air Force and was attending pilot training at the Naval Air Station in Pensacola, Florida. The officials provided his name on condition of anonymity because it has not yet been released publicly. Three people were killed in the shooting, and eight were injured, including two sheriff's deputies. One of the deputies shot and killed Alshamrani.

The U.S. has had a close relationship with Saudi Arabia, which it views as a bulwark against Iran’s ambitions in the region. The kingdom and its allies have been emboldened by President Donald Trump’s unwavering dedication to pressuring Iran’s leadership, which includes his decision to pull out of a nuclear agreement with Iran and re-imposing punishing sanctions to cripple its economy. Saudi Arabia is one of the major buyers of U.S.-made weapons, and the U.S. provides intelligence and aerial refueling support to the Saudi-led coalition fighting rebels in Yemen. U.S. lawmakers, angered by the Oct. 2 assassination and dismemberment of Washington Post columnist Jamal Khashoggi at the Saudi Consulate in Istanbul, have looked to suspend negotiations with Saudi Arabia on a nuclear technology-sharing agreement and have called for halting arms sales to Riyadh.
President Trump, nevertheless, maintains that the order of $110 billion in weapons that support 500,000 U.S. jobs should not be put in peril. Last year, Trump made an undiplomatic remark about the U.S.’ close ally Saudi Arabia, saying he warned King Salman he would not last in power “for two weeks” without the backing of the U.S. military. Riyadh has worked to cultivate warm relations with Trump after having rocky moments with former President Barack Obama. Saudi Arabia welcomed Trump for his first overseas trip as president. Trump’s administration, particularly his son-in-law Jared Kushner, has sought a close relationship with Crown Prince Mohammed bin Salman.

Top U.S. defense and military officials on Saturday reaffirmed America's continued commitment and relationship with Saudi Arabia. Defense Secretary Mark Esper and others attending a security conference in California played down any initial impact on U.S.-Saudi ties. President Donald Trump described a conciliatory conversation with the Saudi king. But the shooting also is testing the allies' ties just months after the Trump administration delivered substantial military aid to Saudi Arabia to counter threats from Iran.

“I spoke with the king of Saudi Arabia. They are devastated in Saudi Arabia,'' Trump told reporters Saturday as he left the White House on a trip to Florida. He said the king "will be involved in taking care of families and loved ones. He feels very strongly.'' Asked about any potential effect on military relations, Esper had said on Friday, "We have strong military-to-military ties." He added, “That’s the basis of our relationship with the Saudis. I don’t see this undermining” the military-to-military relationship.

In remarks at the Ronald Reagan National Defense Forum in Simi Valley, Esper was asked on Saturday whether he can say definitively that the shooting in Pensacola was terrorism. “No, I can’t say it’s terrorism at this time,” he said. Asked whether he would now hesitate to send American forces to Saudi Arabia, he said, “No, not at all.” He said the U.S. and Saudi Arabia have shared security interests, especially with regard to Iran.