US, Saudi Arabia try to throw off 'Wahhabi-linked' mess they created 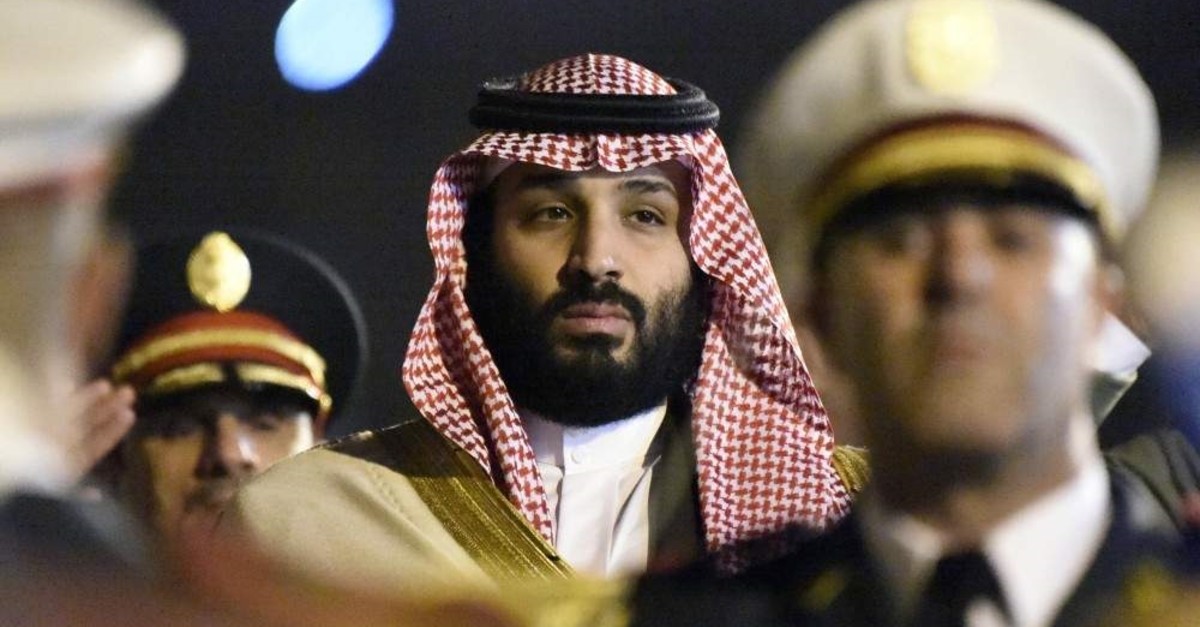 Desperate times call for desperate measures, as the saying goes. The phrase is thought to have originated from the ancient Greek physician Hippocrates’ work, in which he said: “For extreme diseases, extreme methods of cure, as to restriction, are most suitable.” However, when it comes to the allies of the West, particularly U.S. allies, such "restrictions" have gained a different meaning.

When the Soviet Union threatened the world with communist expansion, the U.S. stepped up to defeat the red threat. These may have been the coldest times at home for the U.S. but they were some of the hottest times for countries like Afghanistan, used by both the Soviet Union and the U.S. to feed their conflicts via proxies.

A cloud of discontent over the arms race hung across the globe while the U.S. and the Soviet Union tried to sweep the world with their own ideologies.

The U.S. was in search of a way to prevent communist expansion, and the answer came from the country’s ambassador to Moscow, George F. Kennan, who sent the famous long telegram to the U.S. secretary of state in 1946, in which he advised the U.S. government of a policy of containment for the Soviet Union. Kennan advised blocking communism anywhere on the globe. This was adopted by the government as official foreign policy.

Soviet troops invaded Afghanistan in December 1979 to help the communist government of the South Asian country, whose population was majority Muslim and anti-communist. This is the point at which the U.S. intervened, not directly but rather through allies, namely Saudi Arabia and its so called-Islamic expansionist ideology known as Wahhabism, in a bid to contain the Russians.

In an interview with the Washington Post in 2018, Saudi Crown Prince Mohammed bin Salman said, “The Saudi-funded spread of Wahhabism began as a result of Western countries asking Riyadh to help counter the Soviet Union during the Cold War,” making a historic confession of the relationship between the U.S. and the West with a sect widely accused of being a source of global terrorism.
Links between West, Wahhabism
Wahhabism, which is a relatively modern sect that came into being within Islam as a mixture of the heretical movement Mujassimah – or anthropomorphism, which is the belief that God is similar to humans – and the Khawarij sect, was the U.S.’ desperate measure against Soviet expansion. The links between the West and Wahhabism, in reality, go further back in history. Before the U.S. inherited control of the ideology, it came from the United Kingdom. Britain was the first superpower to use the ideology as a political tool when they saw the opportunity to divide the Ottoman Empire through revolts by the Wahhabi-led Arabic population in the Hejaz region.

“The British followed this new sect from the very beginning, which they saw as an opportunity to break Arabia from the Ottoman Empire. They established contact with the Wahhabis and provided financial support,” said Mehmet Hasan Bulut, a Turkish researcher and a writer, noting that after World War I, the Brits handed over the Wahhabi ideology to the U.S.

“Wahhabism was spreading, of course, but with the support of the United States, rather than Saudi Arabia's efforts,” he said.

Similar to Bulut’s statements, Ekrem Buğra Ekinci, a Turkish academician, said that the Wahhabi ideology, which used violence in the early days of its establishment, was transformed into an intellectual and missionary structure with the efforts of King Faisal and Saudi Arabia started to spend millions of dollars each year to establish dominance over poor Muslim communities, especially those that recently gained independence, with the claim of “bringing Islam back to its origin.”

Speaking of the expansion of Wahhabism in those countries, including Afghanistan, Ali Tüfekçi, a researcher and a writer, said: “Wahhabi propaganda was spread through books, magazines, newspapers, educational institutions and many other publications with the support of the U.S. from the beginning of the Cold War. This was a means of the American Cold War, a set for the fight against Communism, and for the Saudis it served the goal of becoming a leader by shaping the Islamic world.”

The Sunni Muslim belief, which is mistakenly considered the source of Wahhabism, is divided into different internal sects, namely the Hanafi, Hanbali, Maliki and Shafi'i, all of which are considered legitimate in Islamic law as their differences occur in their religious practice, not in beliefs. Wahhabism, on the other hand, which has seriously been affected by the “Khawarij” sect, claims to “purify Islam.” The word Khawarij in Arabic literally means “exclude,” abiding by the sect’s acts such as labeling those who do not comply with their belief as “infidels.”

When it comes to reality, Wahhabism has almost nothing to do with Islam, but it rather paved the way for the modernization of Islam, ironically with a very radical, regressive and incorrect interpretation of the religion against the traditional Muslim beliefs, in line with both serving the U.S.’ purposes of containing the Soviets in Muslim-majority countries, and Saudi Arabia’s ambitions to hold and most importantly keep the leading position in the Muslim world.
Establishing of radical terror groups
The ideology of Wahhabism, by its very nature, led to the modification of Islamic belief and traditions, as it opened a way for individual interpretations of the religion while excluding some of the very fundamentals of the Islamic belief system. The individual interpretations, then, of course, led to the radical understandings and applications that have been linked to the establishment of terrorist organizations, now and then.

“This ideological infrastructure had a serious impact on radical terror organizations that were established in the Middle East, under the pretext of a struggle for independence and freedom.” Ekinci asserted.

Similarly, Tüfekçi noted: “Many terrorist organizations, especially al-Qaida and the Taliban, have been established on this basis,” adding that the U.S. was openly supporting the formation of an anti-communist bloc against the Soviet Union while Wahhabism's understanding of war-based rebellion and takfir (declaring someone an unbeliever) was spreading under the name of jihad."
The U.S. then tried to pull out from the mess it initially created with the Soviets and Saudi ideology, and those ideologically-based militants once dubbed freedom fighters became terrorists against whom the Americans needed some other paramilitary groups.
The U.S. trained thousands of militants in the region, some of whom are still waging a war against suspected Taliban-linked terrorists, as Washington tries to end its longest-ever war in Afghanistan by initiating peace talks with the Taliban.
The paramilitary groups trained, sponsored and equipped by the CIA, especially along the Pakistan-Afghanistan border, mostly target civilians and are occasionally covered by the international media. No one can entirely be sure whether U.S.-Taliban peace talks will see desired results. If they do, those paramilitary groups will likely be hesitant to abandon their fight and lay down arms, as it has not been happening easily with other allies of the U.S., despite having different ideologies.