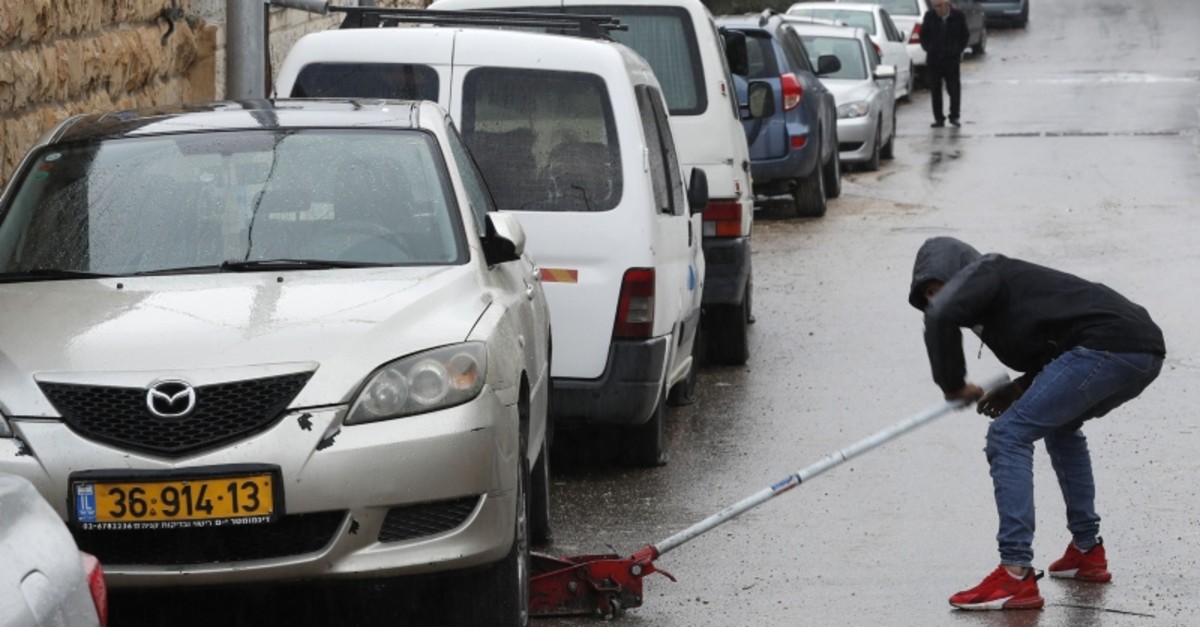 A Palestinian man looks at damaged car tires in Shuafat, in East Jerusalem, Dec. 9, 2019. (AFP Photo)
by Dec 12, 2019 10:54 am
The tyres of approximately 20 cars were punctured and anti-Arab slogans scrawled on buildings in an Arab town in northern Israel, police said Thursday, in an apparent nationalistic hate crime.
Police said that the vandals in the Jezreel Valley town of Manshiya Zabda had drawn a Star of David on one of the cars, and written "Mohammad is a pig" and "Arabs enemies expel or kill" in Hebrew on nearby buildings.
The incident bore the hallmark of a "price tag" attack, a euphemism for Jewish nationalist hate crimes that generally target Palestinian or Arab Israeli property in revenge for nationalistic attacks against Israelis.
Police said they "denounce all nationalistic hate crimes and will use all its means and cooperation with other bodies to identify the perpetrators and bring them to justice."
Thursday's incident comes just three days after suspected Jewish extremists vandalized some 160 Palestinian cars in east Jerusalem.
Neither police nor Israel's internal security agency, the Shin Bet, would say whether they thought the two crimes were linked.
Last Update: Dec 20, 2019 2:20 am
RELATED TOPICS