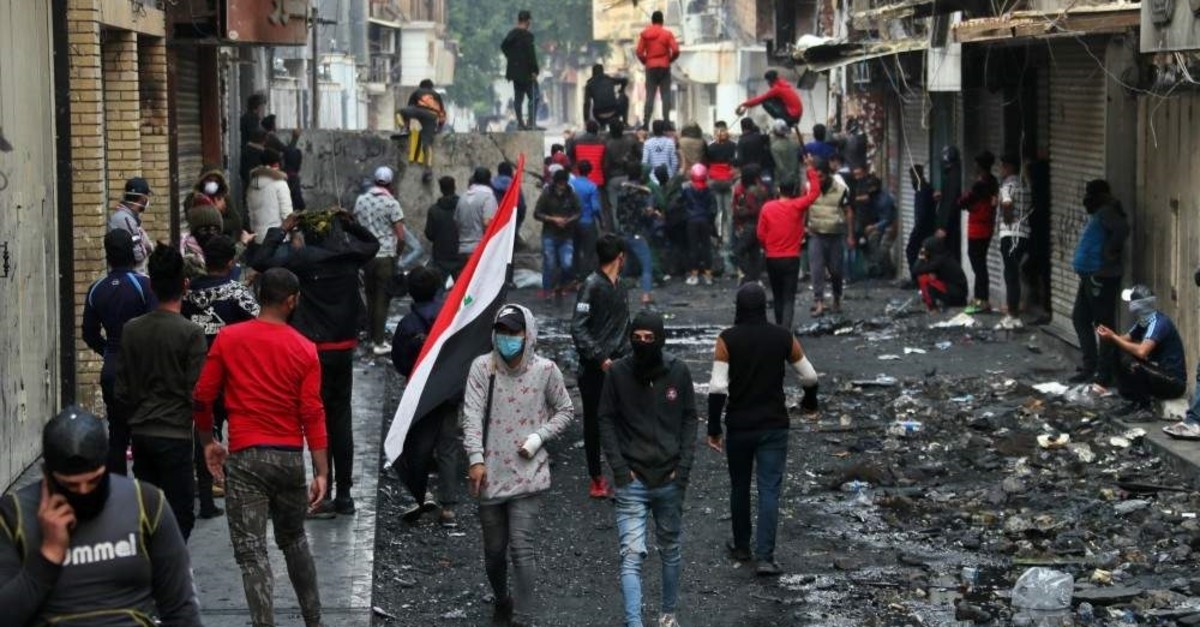 Amid unrelenting anti-government riots, violence has resumed in central Baghdad, while the U.N. has underscored ongoing deliberate killings, abductions and arbitrary detentions by unknown groups during protests. A recent report from the U.N. Assistance Mission in Iraq based on 183 interviews conducted between Nov. 5 and Dec. 5 called on the Iraqi government to identify unknown groups targeting protesters and hold them accountable.
“UNAMI continues to receive credible allegations of deliberate killings, abduction and arbitrary detention carried out by unknown armed men described as ‘militia’, ‘unknown third parties’, ‘armed entities,’ ‘outlaws’ and ‘spoilers,'” the report, released on Wednesday, said.

The U.N. also said “credible information” indicated that high profile activists and journalists were being targeted for arrest by both Iraqi security forces and “groups described as ‘militia.'" At least five high-profile activists have recently gone missing, the report said.

The report was published one day after the assassination of Ali Najm al-Lami, who was kidnapped from Tahrir Square, the epicenter of the protest movement, and killed in the Al-Shaab area, northeast of Baghdad, where his body was found with a gunshot wound to the head. The perpetrators were not identified. At least three other civil activists have disappeared.

The death toll from anti-government protests has risen to 460 since the leaderless uprising shook Iraq on Oct. 1, according to Iraq’s Independent High Commission for Human Rights. Protesters claim that the real death toll is much higher than the figure being given by authorities. The Iraqi government is accused of failing to protect its own people, meet their demands and create balanced relations with Iran. As part of the protests, Iraqi protesters on Wednesday created a mini-state in Baghdad's Tahrir Square with border guards, clean-up crews and hospitals, offering the kinds of services they say their government has failed to provide.
"We've done more in two months than the state has done in 16 years," said Haydar Chaker, a construction worker from Babylon province, south of the capital, as reported by the Agence France-Presse (AFP).

The Iraqi government’s ruthless response to the protesters has increased the hatred against Iran, which is seen as responsible for the conflicts in the region. Since the very first day, Iraqi protesters have been chanting slogans against Iran and demanding it leave, as Iran has been financing and leading thousands of militias, under different militant groups but mainly the Hashdi Shaabi. These militias are, allegedly, organized by Gen. Qasem Soleimani.

Iraqis are on the streets regardless of their sect. Both Shiites and Sunnis are protesting the government and accusing it of becoming a puppet of the Iranian regime. Southern Shiite shrine cities have become the center of the months-long protests in Iraq as unrest pits disaffected Shiite protesters against a Shiite-dominated government backed by Iran.
For the last two weeks, the center of the protests has not only been Baghdad but also the southern cities, where the Shiite majority lives. Karbala and Najaf have borne the anger of the Iraqis, despite the fact that these cities are accepted as holy sites because the murdered grandson of the Prophet Muhammad, Hussein, and some other relatives are buried there.