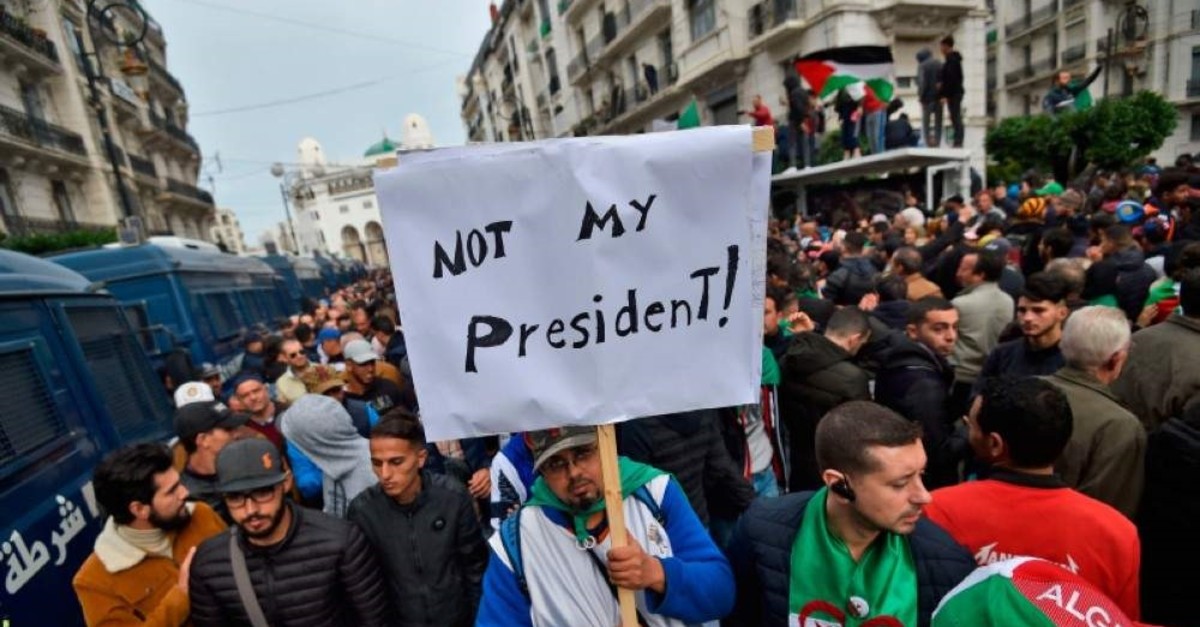 An Algerian protester lifts a placard in the capital Algiers on Dec. 13, 2019, as he takes part in a demonstration to reject the results of the presidential elections. (AFP Photo)
by Daily Sabah with Agencies Dec 14, 2019 8:01 pm

Former prime minister Abdelmadjid Tebboune won by a majority in Thursday’s election, which was widely boycotted and saw a 40% turnout. Experts said the real figure was most likely less than that.
Thousands of Algerians continued their protests in the capital Algiers and other provinces to denounce the vote, calling for an overhaul of the political system and the departure of key Bouteflika-era officials.

Rights groups said that some 400 protesters were arrested by police while clashes were also reported in some areas.

Some Algerians took to Twitter to express their rejection of the result.

"[Tebboune] is not my president. These fake elections do not represent me," one Algerian wrote.

The Constitutional Council, which oversees elections in Algeria, will announce final results between Dec. 16 and 25.

Bouteflika ruled energy-rich Algeria for two decades, an era that was dominated by cronyism and mismanagement.