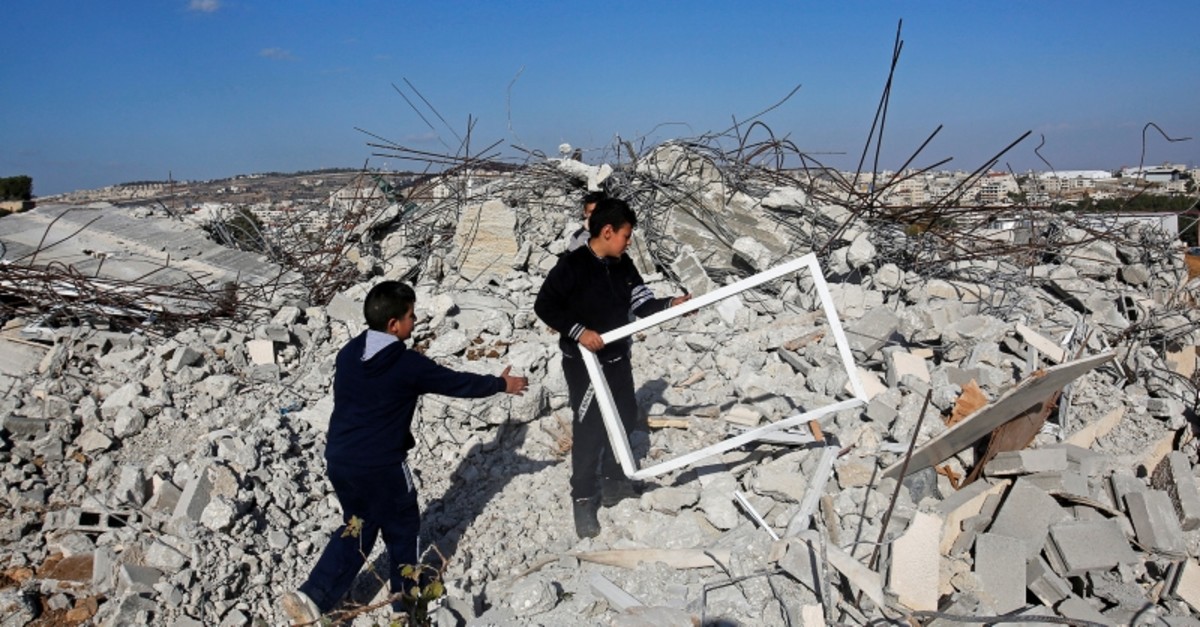 The scope of violence by Jewish settlers against Palestinians has increased in severity within the context of the ever-expanding settler population in the occupied territories, compared to previous years.
Israeli daily Haaretz reported on Sunday that 256 acts of violence against Palestinians in the occupied West Bank were registered, showing fewer incidents in the West Bank compared to last year, in which there were 378 violent incidents, but an increase in severity and scope of violence.

Attacks ranged from beating up Palestinians, spraying racist graffiti on private belongings and vandalizing their property to cutting down trees belonging to Palestinian farmers. The age of the settlers who committed the attacks ranges between 14 and 19, the newspaper reported. Palestinian towns and villages on the West Bank are frequently targeted by extremist Jewish settlers. Lately, more than 160 cars were vandalized in a Palestinian neighborhood of Jerusalem with anti-Arab slogans scrawled nearby, in a suspected hate crime.
he cars in the Shuafaat neighborhood of east Jerusalem had their tires slashed, with slogans such as "Arabs=enemies,” AFP reported. The attackers are believed to be members of the terrorist group "Price Tag" which carries out regular attacks against Palestinians and vandalizes their property in the occupied West Bank and Jerusalem as well as in Palestinian towns and villages inside Israel. According to Hareetz, 50 violent attacks against Palestinian property were recorded, the same number as in 2018, however, it represents a threefold increase over 2017.

In a rampant wave of vandalism, Jewish settlers continue to destroy Palestinian olive groves in the Israeli-occupied West Bank. More than 7,000 Palestinian-owned trees were vandalized in 2018, according to the U.N.

Rights groups also charge that Palestinian crops have long been vandalized by settlers without any serious effort by the authorities to stop it. Around 400,000 Israelis live in settlements that dot the West Bank and range in size from large towns to tiny hamlets. The international community regards all Israeli settlements in occupied Palestinian territories to be illegal and a major obstacle to Middle East peace. The area, captured by Israel in 1967, is not sovereign Israeli territory, and Palestinians there are not Israeli citizens and do not have the right to vote. Earlier this month, Israel’s new hard-right defense minister ordered officials to start planning a new Jewish settlement in the heart of the occupied West Bank city of Hebron. Right-wing Defense Minister Naftali Bennett said the new development would double the Jewish population in the city, where around 800 settlers live guarded by hundreds of Israeli soldiers, surrounded by some 200,000 Palestinians.