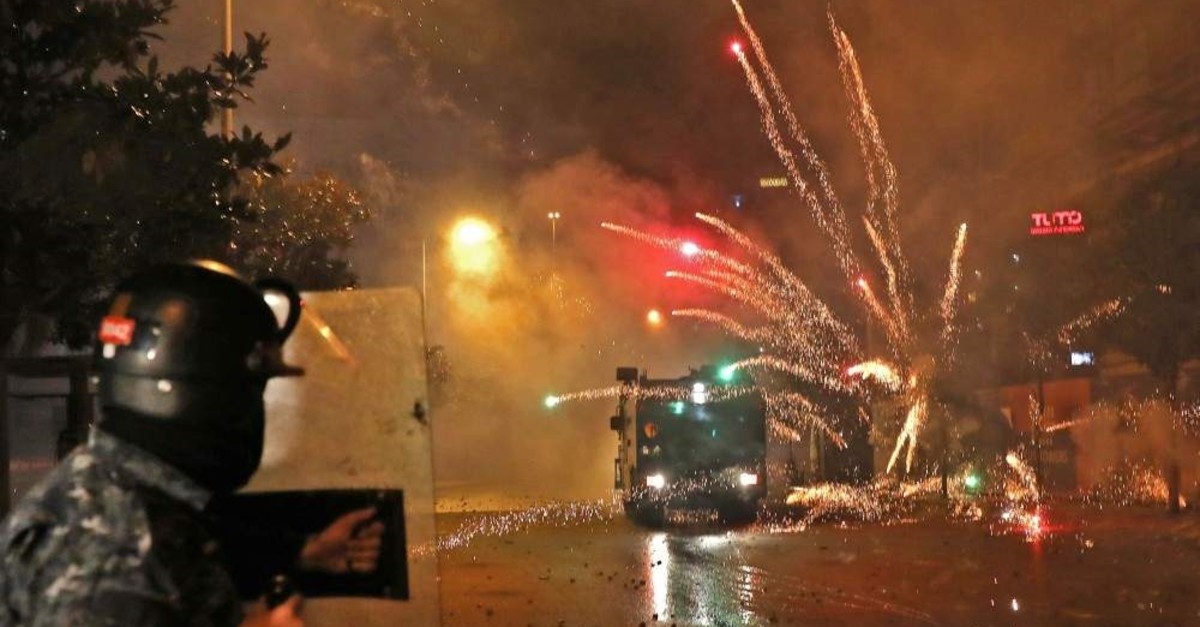 The renewed violence plunges protest-hit Lebanon further into chaos and may ignite sectarian strife after a mob attacked the residence of a Sunni Muslim religious leader in the northern city of Tripoli. They also set fire to the municipality's Christmas tree.
Although protests have united all Lebanese sectarian and ethnic groups against the ruling elites, tensions have since flared between protesters and supporters of the Shiite political party, Amal and the fellow-Shiite militant group Hezbollah, the latter rejecting criticism of their leaders.
A mob of men on motorcycles gathered outside the home of Sunni Mufti Sheik Malek al-Shaar on early Wednesday. They rioted, “used profanity” and smashed things on his property. The mob then moved to the square and threw firebombs at a Christmas tree, setting it on fire.
The violence indicated that tensions that recently gripped the Lebanese capital, Beirut, over an online video deemed offensive to the country's Shiites, are spreading to Tripoli, the country's second-largest city.
The state-run National News Agency reported that the military later detained four assailants in Tripoli but did not provide other details.
On Tuesday, anger boiled over in Beirut after the offensive video was widely circulated online, showing a Sunni resident of Tripoli railing against the leaders of the country's two main Shiite groups, Hezbollah and Amal and religious Shiite figures and using expletives. Their supporters descended on a protest camp in Beirut as security forces intervened to push them back, setting off hours of pitched street battles.
The violence in Lebanon resurged after the Lebanese president on Monday postponed talks on naming a new prime minister, further prolonging the unrest in the Mediterranean country. The names of various potential candidates to replace Hariri have been circulated in recent weeks but have bitterly divided political parties in the multi-confessional country have failed to agree on a new premier. Hariri is seen as the only candidate for the position since he enjoys the backing of the Sunni religious establishment and all efforts to form a consensus on numerous other Sunni figures have come to naught. Earlier this month, the Sunni Muslim establishment threw its support behind Hariri’s return, further angering protesters who have demanded a Cabinet of independent experts.
Across Lebanon, protesters have been holding demonstrations since Oct. 17, demanding an end to widespread corruption and mismanagement by the political class that has ruled the country for three decades. Hariri, who included Hezbollah members in his Cabinet, resigned a month ago in the face of major street protests.
He has said he would only return as prime minister of a cabinet of specialist ministers, believing this would satisfy protesters and allow the government to address the crisis and attract foreign aid. His resignation, however, led to another crisis, as parties failed to reach a compromise for a new government. Supporters of Amal and Hezbollah were influential in the coalition government led by Hariri, thus opposing his resignation.