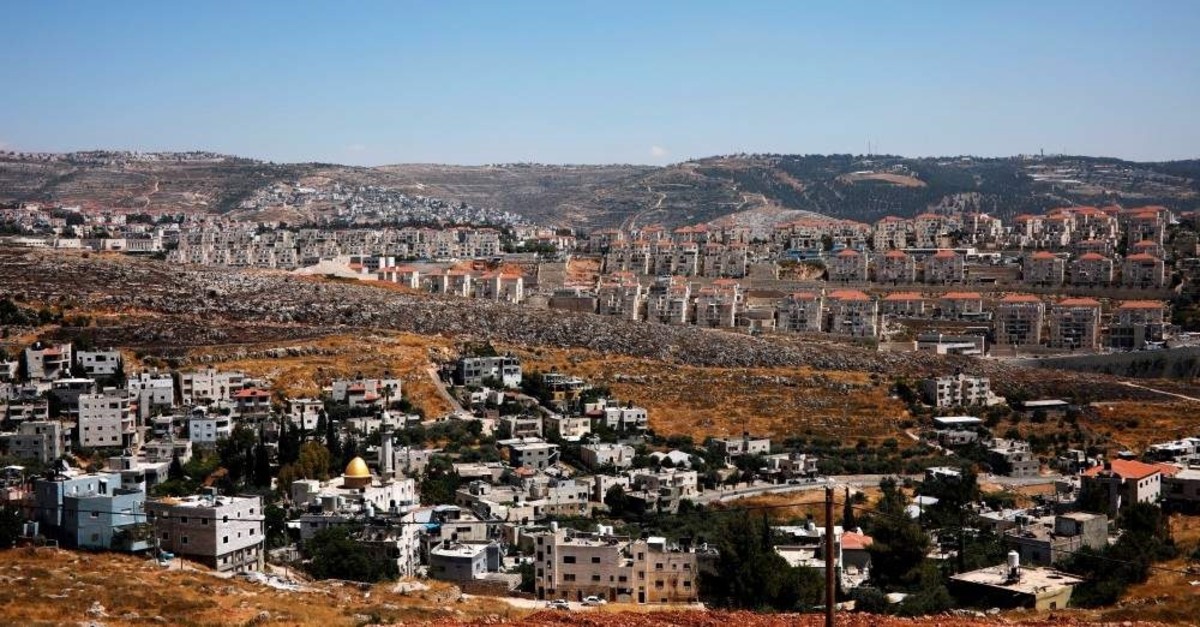 An aerial shot of Palestinian houses in the village of Wadi Fukin with the Israeli settlement of Beitar Illit in the background, the West Bank, June 19, 2019. (REUTERS Photo)
by Daily Sabah with AA Dec 20, 2019 5:30 pm

Israel's illegal settlement projects on occupied Palestinian lands were heavily criticized by the U.N., reporting that 22,000 settler homes in the West Bank, including east Jerusalem, were approved by Israeli authorities in the past three years. Addressing the U.N. Security Council, peace envoy Nickolay Mladenov warned that tenders for another 8,000 units have been issued. This month alone, Israel has dispatched bulldozers to demolish or seize eight Palestinian-owned properties, resulting in 20 people being forced to move, said Mladenov, the U.N.'s special coordinator for Middle East peace.

The international community regards all Israeli settlements in occupied Palestinian territories to be illegal and a major obstacle to peace in the Middle East. The area, captured by Israel in 1967, is not sovereign Israeli territory, and Palestinians are not Israeli citizens and do not have the right to vote.

According to official data obtained by The Associated Press (AP) in September, a spike in Jewish settlement construction in Israeli-annexed east Jerusalem were recorded, along with strong evidence of decades of systematic discrimination illustrated by a huge gap between the number of construction permits granted to Jewish and Palestinian residents. The data was acquired and analyzed by the Israeli settlement watchdog Peace Now, which says it only obtained the figures after a two-year battle with the municipality. It says the numbers show that while Palestinians make up more than 60% of the population in east Jerusalem, they have received only 30% of the building permits issued since 1991.

Peace Now found that in the first two years of Trump's presidency, authorities approved 1,861 housing units in east Jerusalem settlements, a 60% increase from the 1,162 approved in the previous two years. The figures show that 1,081 permits for settler housing were issued in 2017 alone, the highest annual number since 2000. A total of 1,233 housing units were approved for Palestinians in 2017 and 2018, according to Peace Now.