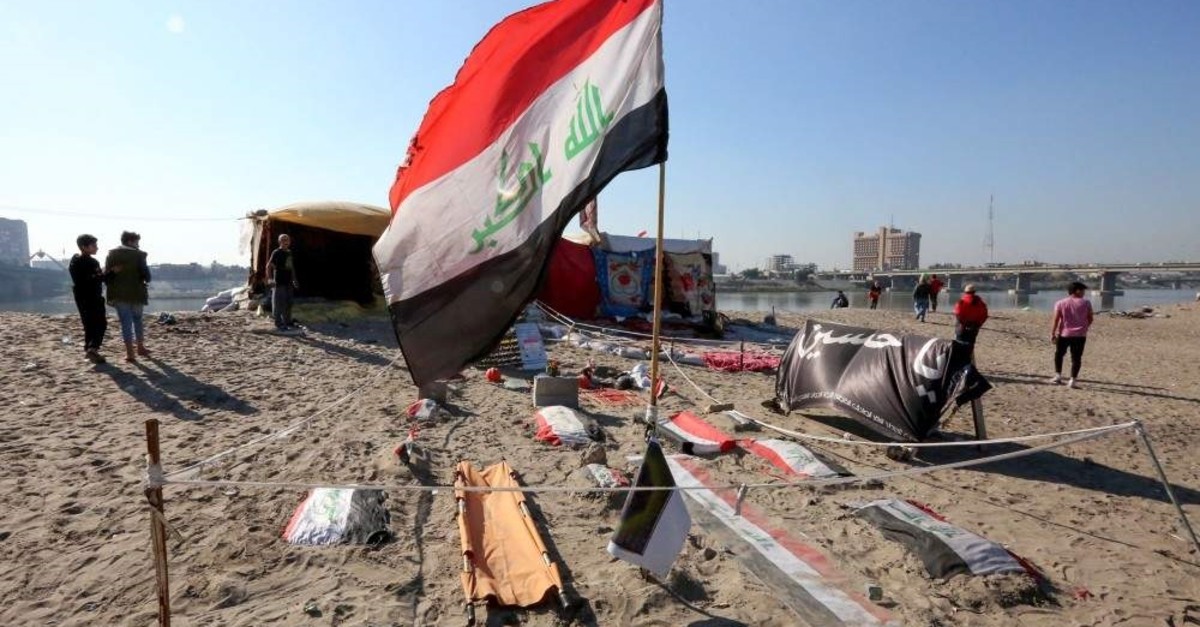 With the latest deadline for choosing a new prime minister on the horizon, thousands of protesters blocked roads and public buildings in southern Iraq. "The revolution continues!" shouted one demonstrator on Sunday at a protest encampment in central Diwaniyah. Protesters blocked off public buildings one by one in the southern Iraqi city, and put up banners reading "The country is under construction, please excuse the disruption." Overnight, protesters in Diwaniyah and Basra, another southern city, had declared a "general strike."

The deadline for choosing a new prime minister to replace Adel Abdul-Mahdi has already pushed back twice by President Barham Salih. Officials say neighbor Iran, a key player in Iraqi politics, wants to install Qusay al-Suhail, who served as education minister in the government of Prime Minister Abdul-Mahdi. But protesters categorically reject his candidacy, along with anyone from the wider political establishment that has been in place since Saddam Hussein was deposed in 2003. They are demanding the fall of Salih and Parliament Speaker Mohammed al-Halbussi, accusing them of procrastinating. Abdul-Mahdi will remain in office as a caretaker premier until a replacement is named.

Iraqis have been in the streets for three months to protest the government, the U.S. and Iran. The government has long been accused of failing to protect its own people, meet their demands and create balanced relations with Iran. The protesters hold these actors responsible for the deterioration of economic, political and security problems across the country. Starting as a protest against high unemployment rates, energy shortages and corruption, the protests have since become mass street demonstrations. Although Abdul-Mahdi handed in his resignation, thousands of people continue to take to the streets every day. Moreover, certain religious groups, especially the followers of Shiite scholars, declared that they would not pledge support to any candidate proposed by the Iraqi president.

The Iraqi government's ruthless response to the protesters has increased the hatred against Iran, which is seen as responsible for the conflicts in the region. Since the very first day, Iraqi protesters have been chanting slogans against Iran and demanding it leave, as Iran has been financing and leading thousands of militias, under different militant groups but mainly the Popular Mobilization Forces, or "Hashed al-Shaabi" in Arabic. These militias are, allegedly, organized by Iranian Gen. Qassim Soleimani.

The death toll from anti-government protests has risen to more than 460 since the leaderless uprising shook Iraq on Oct. 1, according to Iraq's Independent High Commission for Human Rights. Protesters claim that the real death toll is much higher than the figure being given by authorities. Deliberate killings, abductions and arbitrary detentions of Iraqi demonstrators by unknown groups still continue, according to a U.N. report, revealing human rights abuses during anti-government protests.