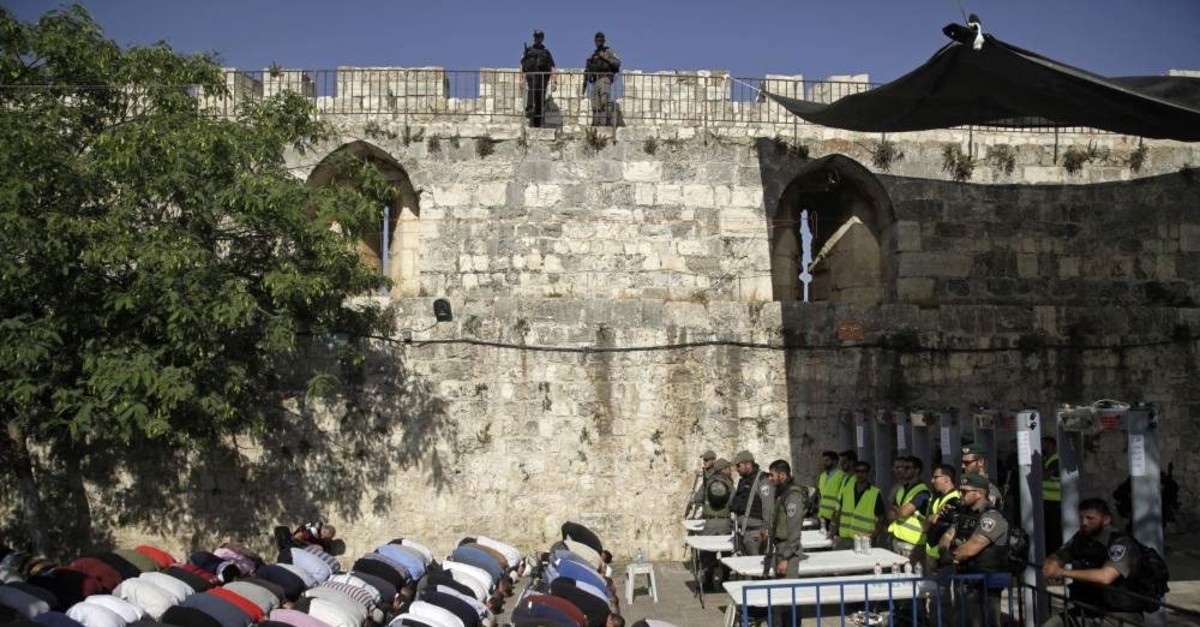 The Al-Aqsa Mosque has been regularly violated by Israeli occupation forces and Jewish settlers in many attacks, most recently 407 Israeli settlers raided the Islamic holy site last week, according to a report released by the Palestine Information Centre on Friday.

The Jerusalem Department of Islamic Religious Endowments, Awqaf, earlier called for a halt of Israeli settlers and police raids at Al-Aqsa, but have received no responses yet, as reported by the Middle East Monitor. The Israeli settlers raided the Al-Aqsa Mosque through the Al-Magharbeh Gate, carrying out Jewish rituals, harassing Muslim worshipers and leaving through Bab Al-Silsila.

Settler raids of Islamic sites have been on the increase. Increasing raids at the Al-Aqsa Mosque have been reported of late, with 2,233 settlers raiding the Muslim holy site only in July, according to a Palestinian nongovernmental organization.

"Around 2,233 Jewish settlers guarded by Israeli security personnel stormed the compound in July," the Wadi Hilweh Information Center said in a statement. The NGO said Israeli authorities also banned 14 Palestinians, including two minors and two women, from entering the holy site for different periods in July.

The area which Al-Aqsa is built upon is referred to as Temple Mount by the Jews. It is central to the Israeli-Palestinian conflict and a flashpoint issue, with Palestinians fearing Israel may one day seek to assert further control over the site. It is located in east Jerusalem, which was annexed in 1980 by Israeli forces under the claim that the city serves as the capital of the Jewish state, a move never recognized by the international community. It is the third holiest site in Islam after Mecca and Medina and is the most sacred site in Judaism. Jews are allowed on the premises to visit but not to pray, to avoid provoking tensions.

Muslims believe that the first qiblah, the direction which Muslims turn to during prayers, was Al-Aqsa until it was designated as Mecca. Moreover, the existence of the Qubbat-us Sahra within the compound makes it more special as it is believed that the Prophet Muhammad started his spiritual journey to the heavens (miraj) from there.

Since Israel occupied Jerusalem in 1967 the conflict continues between Palestinians and Israelis, as the latter believe that the holy temple of Solomon is beneath the mosque. There are several rumors claiming that some Israelis were digging tunnels to reach the temple's ruins.