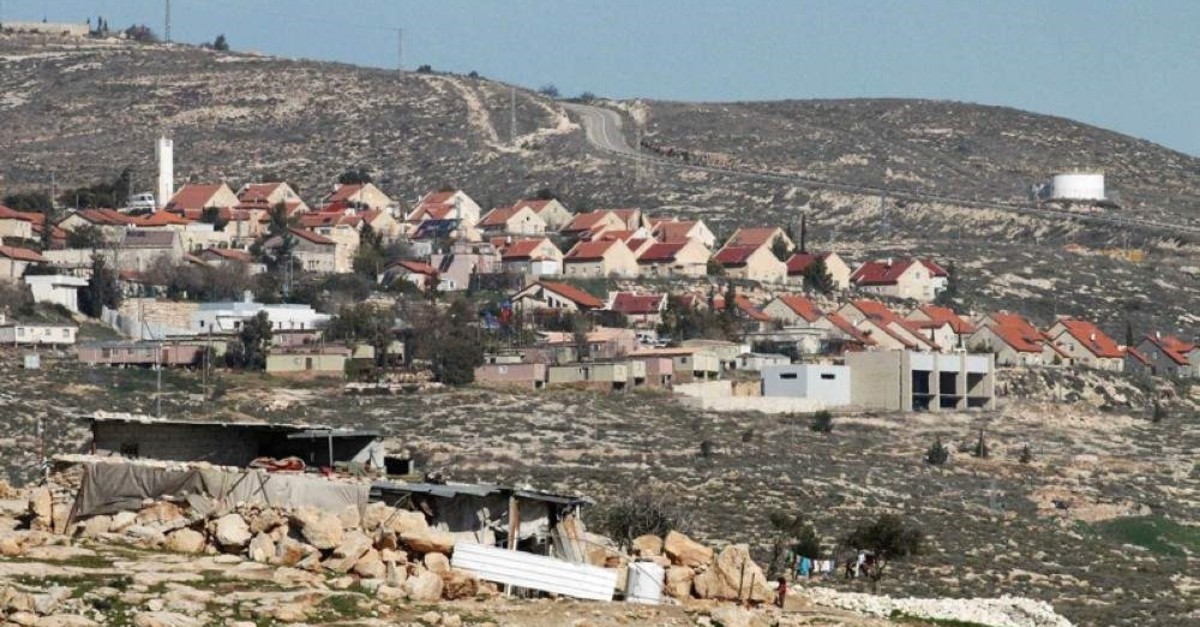 A general view of the Israeli settlement of Bani Hever, southwest of the Israeli occupied west bank town of Hebron, surrounded by the Palestiniansu2019 lands of Bani Naaim village. (Sabah File Photo)
by Anadolu Agency Dec 24, 2019 8:53 am

A court in Israel ordered Jewish settlers to evict a home in Hebron they had been living in since 2005 as an Israeli firm had not legally purchased it from its original Palestinian owners.

According to local media reports, the Jerusalem District Court ruled that the company used illegal means to purchase the house, which belonged to the Bakri family.

The court ordered the settlers to leave within 45 days, adding the Palestinian family may return to their property.

The Bakri family left their home during the Second Intifada in 2001 and had planned to return once things had settled down. But in 2005, three settler families moved in.

The Bakri family applied to the Jerusalem Magistrates' Court, which ordered the settlers to leave, but the state never enforced the eviction. The company then notified the court that the settlers were staying there on its behalf and claimed to have purchased the house.

The Bakri family denied this and continued its legal process.

In September 2000, a visit to Al-Aqsa Mosque by controversial Israeli politician Ariel Sharon sparked what later became known as the Second Intifada, a popular uprising against the Israeli occupation in which thousands of Palestinians were killed.

Unlike the First Intifada, which lasted from 1987 to 1993, the Second Intifada was marked by frequent clashes and military escalations between Palestinian resistance groups and the Israeli army.

During the Second Intifada, which lasted from 2000 to 2005, the occupied West Bank and Gaza Strip were both subjected to Israeli military invasions in which thousands of homes were destroyed and thousands of acres of farmland devastated.