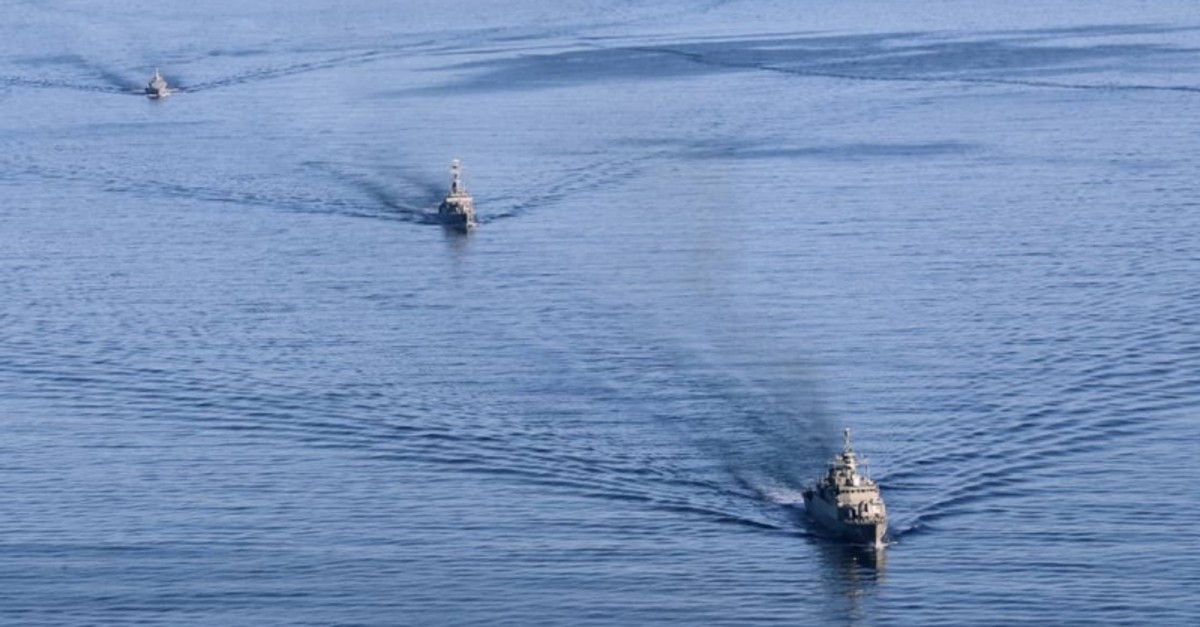 A handout photo made available by the Iranian Army office on December 28, 2019 shows a view of warships during joint Iran-Russia-China naval drills in the Indian Ocean and the Gulf of Oman. (AFP Photo)
by Associated Press Dec 30, 2019 9:06 pm

The official IRNA news agency said the seized ship was carrying more than 1.3 million liters of fuel near Abu Musa Island at the mouth of the strategic Strait of Hormuz.

All 16 crew members, who are Malaysian nationals, were also detained, the report added. It did not say what country's flag the ship sailed under.

The Guard patrols the Iranian side of the Persian Gulf waters and has seized several ships in the area in the past year.